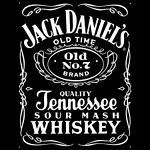 END_OF_DOCUMENT_TOKEN_TO_BE_REPLACED

Keeping up with Whisky Squad meetings has been more difficult than usual recently, what with there being one every two weeks since the beginning of June. (Un)fortunately I’ve had an intervention of life and work, much of which was taken up with 5 days of drinking different boozes each day last week, filling all of my waking hours with Stuff and giving me no time to witter about the latest episode in the world of The Squad. However, after a few calming episodes of Babylon 5 (in which Bruce Boxleitner looks uncannily like my father, making me double take at almost every scene) and a glass of absinthe (of which more in a later post – I need to write about something other than whisky soon) my notebook has fallen open to the right page, photos have moved from camera to iPhoto and soothing musics are playing from my computer speakers. It is time to do a bit of ‘writing’.

END_OF_DOCUMENT_TOKEN_TO_BE_REPLACED

For many people drinks have a bit more associated with them than just their ingredients – there’s a slab of experience surrounding the drinking, ordering or making of said drink, all unique and tied up to memory. One of those with the most baggage for me is the Whiskey Sour.

I’d known of the existence, although not the composition, of the drink for many years, having heard it mentioned in a film sometime. It was embedded in my brain as a drink to be ordered in a hotel in the USA, basking in hot weather, perched at a bar, wearing a shirt unbuttoned a little bit too far down, messily eating shrimp cocktails and hearing the life story of man who travelled the 48 contiguous states selling brushes to gullible housewives. I wasn’t sure what a whiskey sour was, or even really what a shrimp cocktail was other than it involved something that looked like prawns and McDonald’s special sauce, but it stuck in my head as a romanticised drink attached to my obvious future as an internationally jetsetting business man.

Luckily for the first few years of my career I did do quite a lot of travelling to the USA, although confined to Connecticut (with occasional jaunts to New York), and shortly after starting I was confronted with an opportunity to turn my American dream into reality. I was visiting to attend my company’s first worldwide engineering conference, dragging all of us computer pounding folk from all over the world together in a hotel and letting us talk crap together for a few days. These days that’s a logistical nightmare, with our last conference involving me coordinating 62 flights from the UK as part of our 550 strong worldwide party, but back then it was a much smaller affair and all 5 of us from UK turned up a few days early, staying in the Old Greenwich Hyatt Regency.

This was my first proper US hotel and being used to the more family run affairs found in the seaside resorts of the UK and the plasticky package holiday filled hell holes of the Mediterranean it was a bit of a shock – the hotel is an enclosed courtyard containing a small forest, complete with river. My room’s window opened onto the inner courtyard, a 100m long ‘room’, and looked down onto the leafy canopy. Downstairs, once you had walked over a bridge to it, there was the ‘Gazebo Bar’ which I found myself sitting at on my first night. To my right were a couple of guys, shirts unbuttoned just a bit too far, messily eating shrimp cocktails, drinking Martinis and laughing. This was the time for me to unfurl my dream – I ordered a whiskey sour. Rather than the look of respect I expected from the barmen, a young englishman asking for a drink with such history should inspire something, I got a cherry plonked in a glass with a handful of crushed ice, some whiskey and a cloudy green liquid that squirted out of a postmix tap.

I may have been assisted back to my room by my boss that night, his offer to buy me a drink leading to the largest ‘shot’ I have ever experienced being poured, but my love of the whiskey sour continued. However, after a while it waned as I spoke to barstaff and realised that I was just getting something about as sophisticated as a whiskey and coke, and that the green sour mix that they were pouring was just citrus flavoured sugar water. I then discovered that not all American beer was rubbish and the whiskey sour disappeared from my internal menu, replaced by the works of Magic Hat, Dogfish Head and the questionable output of the Southport Brewing Company. This weekend I suddenly remembered their existence and having a bottle of Jack Daniels and a couple of limes to hand I decided to have a go at constructing one.

The first step to making a whiskey sour is the creation of the sour mix. I did a bit of research to find out what was actually in this green nectar and found that in general it is just powdered citric acid, green food colouring and sugar (with foaming agents), rehydrated and then poured into an unsuspecting glass. However, ‘real’ sour mix is not hard to create – equal parts of citrus juice and sugar syrup. As ever, proportions are quibbled over and some like to add egg whites to make sure that you get a foamy drink when it’s shaken, but I decided to leave that out (especially as my simple syrup is quite sugary and foams nicely on its own with a bit of a hard shake). My first attempt used a couple of rather wrinkled limes and tasted a bit stale, but I went out with a mission to find good citrus fruit and obtained 3 limes and a couple of lemons to make attempt number 2.  Unfortunately my mission didn’t lead to my finding a juicing device (specifically something looking like this, but I couldn’t even find a standard fruit reamer) so I squished my fruit using a hand and a fork (which is a) painful on the squishing hand after a bit and b) really painful if you have a cut on your hand) producing about 200ml of juice. I then mixed this with 200ml of syrup and made it up to 500ml with more syrup and some water (previously poured on the skins of the squished fruit and shaken around a bit to get as much citrusyness as I could), tweaking the taste to be sweet and sour, but not too strong. To construct the whiskey sour I put 50ml of whiskey in a shaker with 100ml of sour mix and a good handful of ice. I shook until the ice had cracked into smaller pieces and it had all gone a bit foamy, serving it unstrained in a round bottomed tumbler (cos it looks pretty) and garnished with a cocktail cherry.

This post was written while sitting on my balcony, drinking the pictured whisky sour and listening to The Rolling Stones’s Exile on Main Street, which I think might actually be the best album ever created. It’s getting cold now though, so I’m going inside.