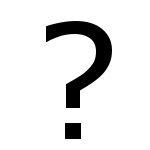 END_OF_DOCUMENT_TOKEN_TO_BE_REPLACED

Christmas is traditionally a time of over indulgence and I am far from being someone who wants to buck tradition (any excuse). There may have been turkey, pies, bologneses and casseroles over the festive period, but much more importantly there has been booze. Here’s what I’ve been drinking:

My friend Mr Utobeer came through for me again, after an unplanned drop-in while wandering around Borough Market with Mondoagogo a few days before Christmas, and added to my bottle of Orkney Dark Island Special Reserve (left until after Christmas so as to be shared with people who love nice beer more than my family). Other than some bottles grabbed as a present for someone (as my order from Brewdog hasn’t been sent yet as they haven’t yet brewed one part of it – a bottle of the second batch of Tactical Nuclear Penguin) I also grabbed, and have since drunk:

Harviestoun Ola Dubh Special 40 Reserve: I tried the 16 a few weeks back and discovered at the same time that they now did a beer matured in a 30 year old Highland Park cask. Then I went to the SMWS last week and was informed that they also do a 40, which they had a couple of bottles of at obscene prices. Then I found one at Utobeer for the scary price of £7.60. The verdict – much like with the 16 year old it wasn’t all that impressive. It was a marked difference from the younger barrelled beers, with more of a woody whiskiness than before, but still not worth the cost in my opinion. A really nice heavy dark beer still.

Brewdog Paradox: Isle of Arran: They may not have sent me my beer yet, but I still like the Brewdog chaps. And their beer. This, to continue a theme, is another whisky cask matured beer (Innis & Gunn have a lot to answer for) and one that I’ve tried before. I rather like the Arran distillery, producing some of my favourite SMWS whiskies as they have, and I really liked my last bottle of this that I tried. This one was slightly disappointing – not so influenced by the wood as the last one, but still a really good dark ale with more fruit and less vanilla than the Ola Dubh. My Mate Nick’s Homebrew: Mr Martin, cow-orker and ginger bearded buddy extraordinaire, has recently started brewing and after discussing what he was doing to make his beer presented me with one of his first batch of bottles. I left it to settle for a while and then cracked it open on Christmas Eve. It was rather lively, needing several glasses to pour out into without overflowing with meringue-like head, and in true bottle conditioned fashion was quite sedimenty at the bottom, requiring some care in the pouring. It was very very dark and quite sweet – a definite hint of black treacle without quite so much of its burnt taste. I suffered none of the ill effects that homebrew is famed for and I also rather enjoyed it. The fluffiness and sweetness suggests that maybe it was bottled a bit early but it wasn’t the worse for it. I look forward to brew number 2. Hopefully I’ll get some more…please?

Realising a few days before Christmas that you have visiting wine loving parents and no suitable bottles on the shelf was a mild concern, as I’m a very lazy man who doesn’t like carrying things back from the supermarket. The nice folks at Naked Wines jumped in to save me with guaranteed Christmas Eve delivery if I ordered by 5pm the day before – I ordered at 4:45. The next afternoon the slightly harassed looking delivery man turned up, dumped my wine and ran away quickly – I think there were a few people who had the same idea as me. Anyways, combined with a few bottles contributed by my visitors I definitely have enough wine now, although still only 3 spare slots on the wine rack.

Milani Montepulciano d’Abruzzo (Naked Wine, Italy): My first out of the box and grabbed to match a spaghetti bolognese. I quite like Montepulciano and this was slightly disappointing – quite rough, although it did soften as it aired, without as much fruit as I hoped. However, a couple of glasses went in to the bolognese sauce and the rest of it went down quite nicely with dinner.

Vicien Syrah 2007 (Naked Wine, Argentina): Rolled into service when the first bottle from my case ran out prematurely, this was really quite good. A nice full Syrah with a good amount of fruit that got better as it breathed. I stoppered it and finished it the next day and it was still very drinkable.

Howcroft Estate Limestone Coast Merlot 2006 (Tesco, Australia): Grabbed from my step-dad’s wine rack due to the word ‘turkey’ being in the ‘goes with’ list on the back, this was a nice light Merlot, full enough to battle with the dark turkey meat as well as not being too strong as to drown out the (admittedly dry) white meat.

Hardy’s Varietal Range Shiraz 2008 (Sainsbury?, Australia): Another donation from the visitors, this one isn’t quite done yet, opened to provide some lubrication for dinner part 2 – the christmas pud (delayed until evening to allow some digestion of lunch to occur). It definitely needed some time to breathe, having a harsh edge, but it quickly softened (especially when poured through my newly acquired wine aerater [thankyou Dave’nLet] which worked much better than we had imagined) and was a nice, spicy, fruity wine, complimenting the pud better than expected.

I’ve had a Christmas uncharacteristically light on whisky, despite a trip to Milroy’s a couple of days beforehand. I stopped by to try and pick up a bottle of rye to make the Manhattans that my mum had demanded via SMS (she had already bought cocktail cherries specially) and found that they were out of everything but a £180 per bottle Rittenhouse. I turned that down and got upsold when I tried to buy a 70cl bottle of Buffalo Trace, coming away with a 1.75l bottle (with free julep cup). I also grabbed a bottle of 15 year old Glencadam, having liked the SMWS bottling I picked up a couple of weeks back. The Trace is a solid bourbon, smooth enough to go either in cocktails or be drunk on the rocks (something that I’ve done a bit too much of since picking it up). The Glencadam is interesting – similar to the production Arran whisky in a way that I didn’t expect, with a fizzy icing sugar start, but also with a thick wedge of rubbery niceness running through the middle. It seems that I subconsciously do know my taste in whisky and Arran and Glencadam slot into it.

I used Glenfiddich instead of brandy to ignite the Christmas pud – the fact that I consider Glenfiddich to be cooking whisky when not too long ago it was one of the best whiskies that you could expect someone to have on their shelf has been commented on. It is cooking whisky…

Anyways, a vaguely restrained christmas that should continue to be restrained through new year – I’m on call on New Year’s Eve and don’t feel like lugging multiple bottles of whisky down to Shoreham-by-Sea (where I’m going for a party), but I’m sure someone else will look after my boozey needs…

I never used to be much of a fan of the cocktail, equating them all with “screwdrivers” in my head – booze and some kind of mixer that had ideas above its station. However, over time I started to realise that there was a bit more to it than that, all thanks to one drink – The Old Fashioned. It was the first cocktail that I actually thought through and decided made sense, and while I’d like to be able to claim that I got it from an aged tome on cocktail making that had been passed through the hands of my family it was actually out of the back of one of Jamie Oliver’s cookbooks. It was either written or inspired by Dick Bradsell, who I have heard mentioned many times alongside great cocktail making, so that at least makes me feel slightly better.

Here’s a video of my chubby hands making one:

This is just the most simple version of the drink that I’ve heard of – bitters, sugar syrup, booze, stir with ice. The ice dilutes the booze and the sugar and angostura provide a spicy sweetness to fill in the gap that the watering down process makes. I’ve tried it with various different spirits over the years, but generally stick with whiskey and golden rum – my standard version of this is with Mount Gay rum, although I’m using Buffalo Trace whiskey here (as I had some in the house). After years of having this as the only cocktail that I would drink, and only at home, I ended up in Sosho Match for a friend’s birthday and started chatting with the barman about them – 2 hours later my mate was trashed on Hong Kong Phooey Reloadeds and I was a convert to the way of the cocktail – I had a Manhattan and a Martini in front of me and I wanted to know more.

I’m still quite conservative with my cocktail drinking, sticking to predominantly booze based drinks (such as the aforementioned Manhattans and Martinis, which are really just variations on a theme), but am keen to learn more. My occasional accidental interaction with the staff at cocktail bars (I’m looking at you Match Bar West End – who knew that telling me about Sazeracs could lead to me getting a night bus home on a Sunday..?) continues to aid in this pursuit.

Unfortunately, despite being such a simple drink, and probably in part due to it being so, there are occasional bar tenders who feel the need to spice it up a bit. The addition of an orange peel garnish flamed over the glass is one thing, smashing up some fruit in the glass before mixing is another, but when my drink turns up with a distinctly pinky tone and a shifty looking waiter then finding out that the ‘House Old Fashioned’ includes ‘sweet pomegranate’ make me hang my head. We call that ruining whiskey with grenadine in my house…

Anyways: simple base drink, easy to add things to (orange and cherry seem to the be popular choices, along with tweaking the type of bitters) and good for most sweet-ish booze you have hanging around. My favourite and the start of my cocktail conversion.

I rather like Buffalo Trace. Mainly because it has a buffalo on the bottle, and because they make the finest whiskey in the world (George T Stagg) but also because I quite like the straight bourbon. It takes ice well, which is how I drink my bourbon, unlike JD (which has a rather hollow taste once the boozey hit has been taken away) and Jim Beam (the boozey hit hides the pain of the actual whiskey flavour), and it’s also about the same price as those two supermarket standards. It’s a bit rough for making Manhattans, in my opinion, and probably a bit too rough for making Old Fashioneds, but it’s a good sipping whiskey and I normally have a bottle in my cupboard.