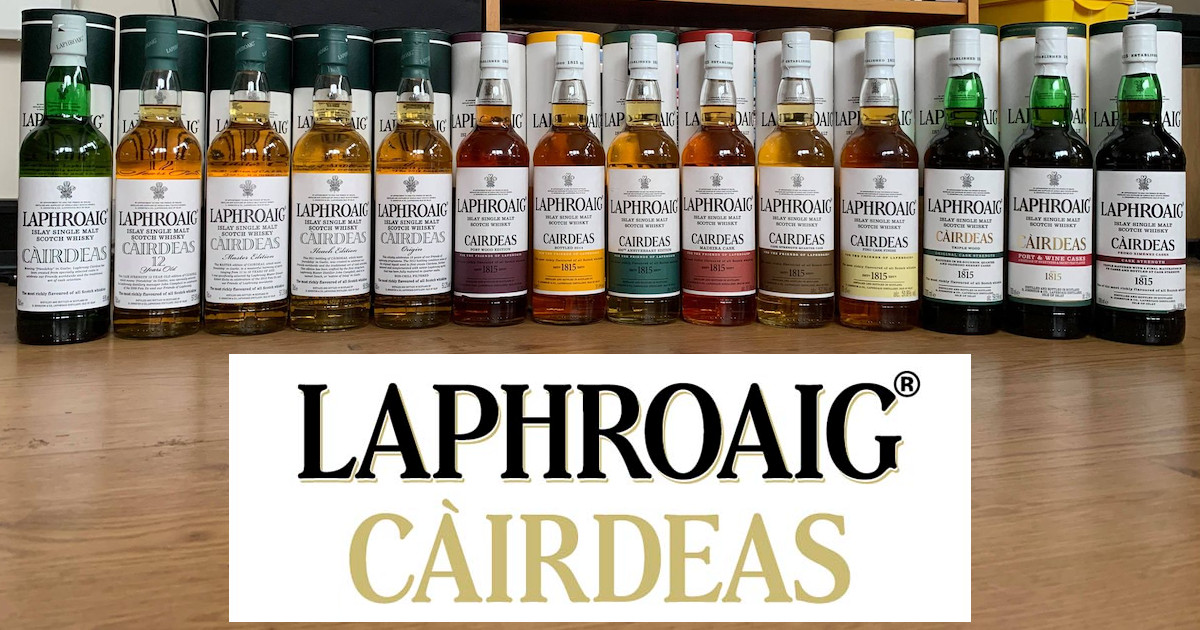 Back in 2008, Laphroaig decided to fully embrace its fan club – the Friends of Laphroaig (FoL) – and launched Càirdeas (pronounced a bit like ‘care chase’) as a yearly bottling to celebrate its existence. Uncoincidentally, its name is gaelic for ‘friendship’ and it is launched at Fèis Ìle (the annual Islay Festival of Music and Malt) every year, the time when the distillery has more Friends visiting than at any other time.

However, bucking the trend of other distilleries on the island, it’s not specifically a festival bottling. It’s the yearly Friends of Laphroaig release, and as such it makes its way slowly around the world, available from the Laphroaig webshop exclusively for FoL members, as well as popping up on the shelf in markets they can’t ship to.

There’s been an array of releases over the years, each showing off the distillery’s focus of the moment. While they started out with more interesting vattings of casks, they have become a little less complex in recent years, focusing on fan favourites and finishes.

Along with the annual release, there have been a couple of other releases under the Laphroaig Càirdeas name: