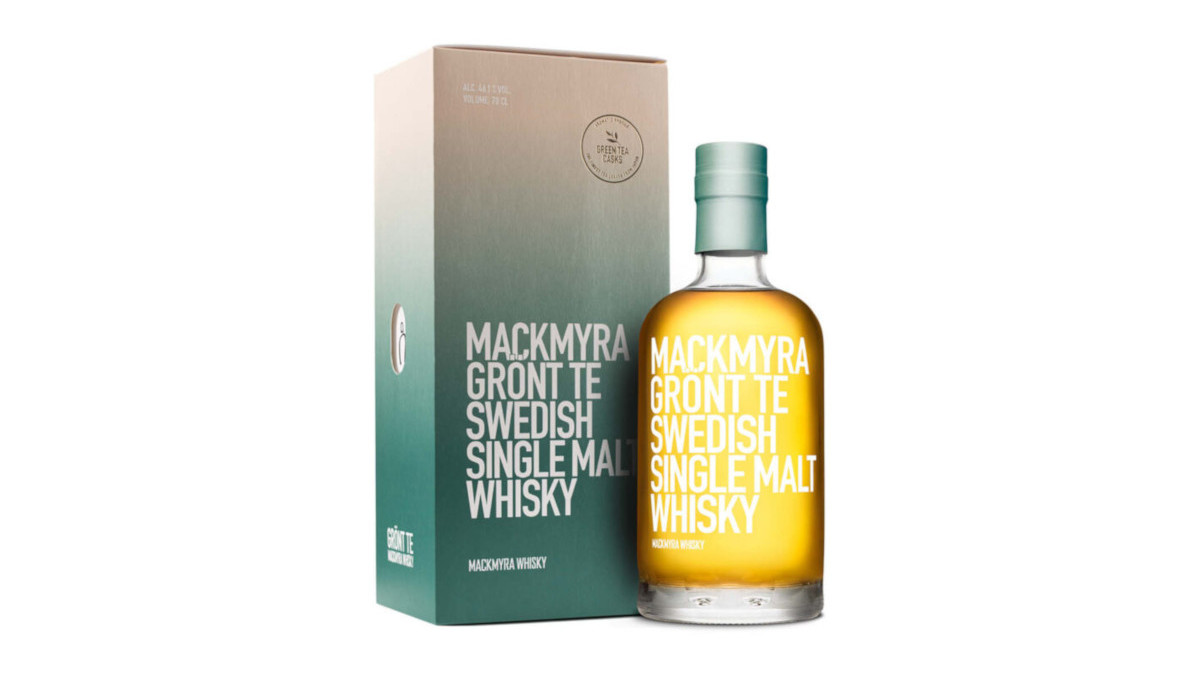 When it comes to the wider world of whisky, there are a few names that have risen to the top. Some are the oldest whisky makers in their part of the planet, some have well-known people, and others make weird and wonderful things. Mackmyra is rare in that it does all of the above: it’s the first Swedish whisky distillery, headed by master blender Angela d’Orazio, who is famed for creating craziness. Just like this latest release: a dram that is about as unnaturally composed as you can get, but still feels perfectly appropriate for the distillery – Mackmyra Grönt Te, Green Tea.

Green tea and whisky are more common bedfellows than many people in the west think. While this side of the world is used to whisky mixed with ginger ale, lemonade, soda water and even Coke, over in Asia they see nothing strange about mixing whisky with cold green tea.

But how do you get green tea flavour into a whisky without turning it into something that is no longer whisky? Fortunately, Mackmyra master blender Angela d’Orazio is the right kind of crazy to work this kind of thing out.

All the tea in Japan

Angela started out with four different types of Japanese tea, chosen with the help of one of the only specialists in Sweden, Yuko Ono.

Read more about the collab on the Mackmyra blog >

A matcha made in Jerez?

Firstly, they steeped the teas in neutral spirit to create four infusions. Then they filtered out the leaves and mixed the resulting tinctures with oloroso sherry.

The sherry-and-tea mixture was used to season new casks for two months before they were emptied and refilled with 7-year-old Mackmyra – a vatting of first-fill Swedish oak, first-fill ex-bourbon and first-fill sherry-cask matured whisky* – for a 19 month finish.

Nose: At first it has Mackmyra’s signature cream and fruit character, but the fruit keeps building and overtakes the rest: apple-and-pear purée to start, with sweet orange and lemon not far behind. There’s a flash of leafy green herb in the middle before grainy biscuits roll in: digestives, shortbread and fruity Garibaldi.

Palate: Grain and cream up front, with a bit of green apple sharpness – very Mackmyra. There’s some char at the back, and the middle is soft, squishy and muddled: vanilla cream, spring flowers, a touch of hand soap, pine needles, sappy twigs and ginger.

I’m not entirely sure what to make of Mackmyra Grönt Te. The nose is excellent, happily fusing the distillery’s balanced grain-and-fruit character with a touch of something herbal, while amping up the fruit. However, the palate just feels a bit confused: the fruit is dialled back, the herbal notes are piney, and while there are floral notes, they tip over into soapiness.

I’d be intrigued to see if there are more Grön Te casks in the Mackmyra warehouses and would like to know the plans for them. As a first iteration, this is pretty good if slightly confused. I hope there’s a second batch.

* The product sheet says ‘new and first-fill oloroso’, which makes me wonder what they mean by a ‘new oloroso’ cask.