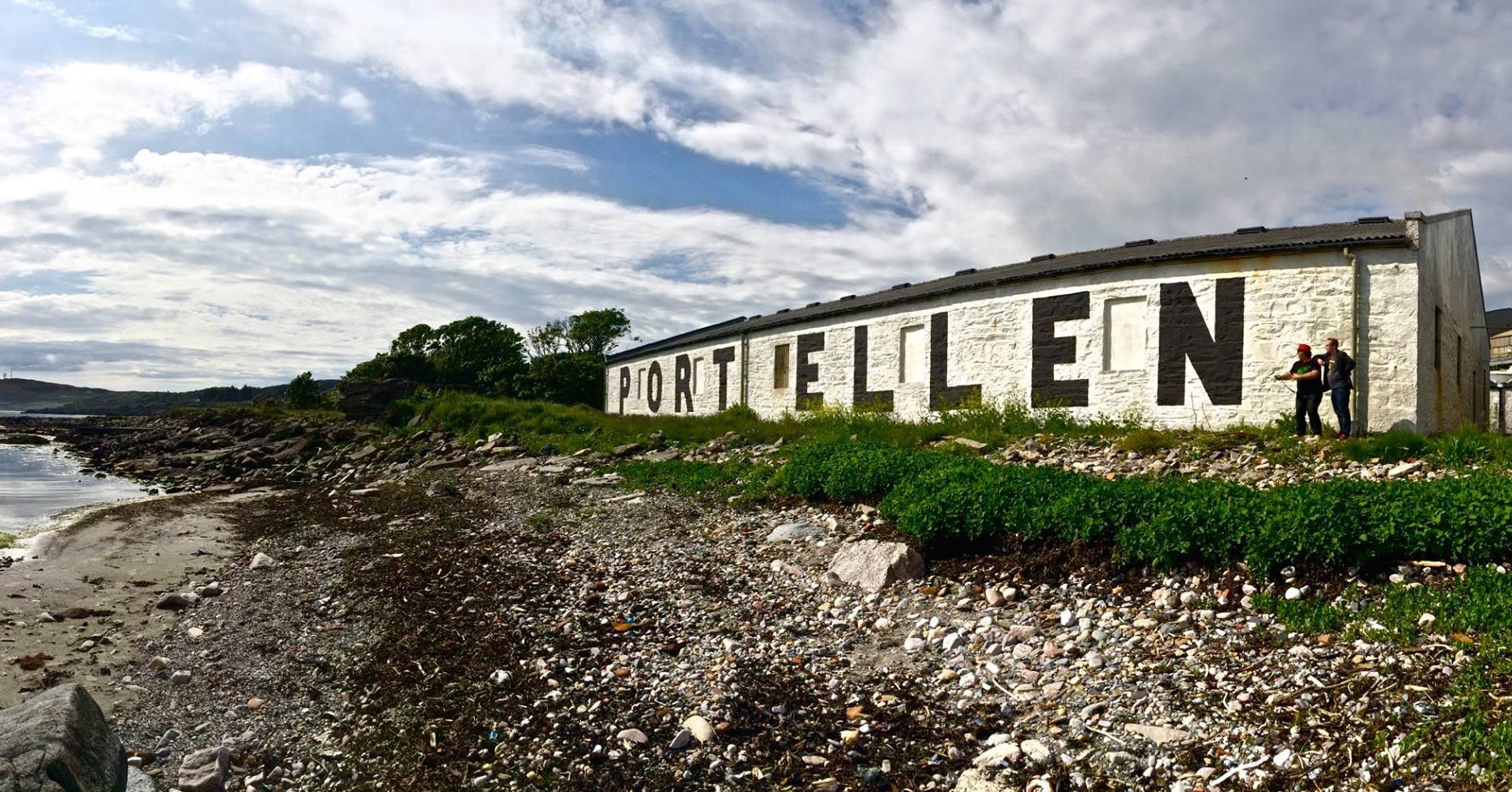 December is usually a slow time for whisky news – everyone’s keeping quiet to try and make sure that nothing gets in the way of Christmas sales. However, with Boxing Day just moments behind us and turkey leftovers as yet un-curried, Diageo announced its latest big thing: the new distillery being built at Port Ellen has received planning permission.

Port Ellen distillery is very closed, and, for the most part, was demolished in the 1980s. However, two years ago, Diageo announced a project to reopen both Port Ellen and Brora distilleries, with spirit planned to flow again in 2020.

While Brora – the project that appeared the easier of the two, with buildings and stills already in place – seems to have stalled, Port Ellen has steamed ahead. and planning permission was granted on 23 December 2019. You can find the pair of planning applications on the Argyll & Bute website: 19/00917/PP and 19/00925/LIB.

Firstly, Diageo has released an artist’s impression of the new distillery:

They have also released some new information about production:

The new Port Ellen stillhouse will bring together traditional and innovative approaches to distilling under one roof with two pairs of copper pot stills and two separate distillation regimes.

The primary distillation regime will carefully recreate the original spirit character of the distillery, using two stills that exactly replicate the original Port Ellen copper pot stills. Alongside this will be a second, smaller pair of stills that will produce alternative spirit characters, allowing the Port Ellen whisky makers the freedom to experiment with new whisky styles.

Diageo look to have had a relatively easy time of things, with few comments from locals on the planning applications (even if they both were objections). With the community behind them and the various regulatory bodies happy, they just need to actually build the thing.

Based on the picture they’ve published, I expect we’ll see the new distillery pop up here:

The lower half of the building looks to be dedicated to distillation, with the top half for the rest of production.

Combining the bits from the original announcement with the new info, here’s what I think we have:

Now to wait until the first planned bottlings in 2032…