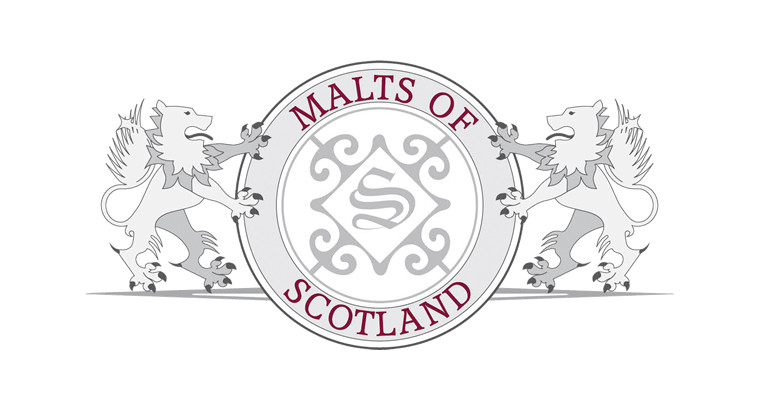 Scotch whisky and American whiskey have an interesting relationship. Ideas have bounced back and forth for years, with emigrants from Scotland, Ireland, Wales and England taking whisky to the new world, and everything from grain and casks to tips and tricks flowing back across the Atlantic in the years since – a process sometimes called bourbonisation. But sometimes it needs an outside influence to make something a bit different – step forward German bottler Malts of Scotland and this whiskey, part of a series finished in non-traditional casks: Heaven Hill 2001 matured in a sherry cask.

While they’re not that well known in the UK, Malts of Scotland has been putting out interesting whiskies for years. Started by whisky fan Thomas Ewers, the company’s releases are increasingly easy to find over here thanks to the folks at Bartels, who have been bringing them into the UK.

MoS doesn’t seem to have any particular ongoing schtick – other than trying to bottle nice whisky – but has produced a couple of interesting selections that are a bit different to the rest. And, despite the name, it’s started branching out from Scottish spirit.

Back in 2015, MoS started releasing 2001-vintage Heaven Hill whiskies, all of which had been fiddled with in some way. Along with this sherry-cask release, there were rum, marsala, port, and Islay cask finishes. You can find details of all of them on WhiskyBase.

Labelling regulations can be fun!

The US regulations are quite strict when it comes to bourbon, but they also give some leeway to experiment, as long as you say what you’ve done. That said, I suspect that none of the Malts of Scotland releases would pass muster on the other side of the pond, and I’m not entirely sure that they’re legal over here.

It’s no longer a ‘bourbon’, it’s a ‘bourbon finished in an X cask’. Clear, and, depending on which government employee is approving the labels that day, liable to pass. However, the wording on the label of the sherry-cask release suggests that it isn’t even legally bourbon…

When is bourbon not bourbon?

While there are a few elements to the definition of bourbon whisky1 in the USA, the important bit for this one is:

While the labelling of Scotch whisky is quite carefully checked in the EU – it has to be bottled in Scotland and the bottling hall has to sign off on it as well as the label creator – indie bottlings of non-EU whisky don’t get quite the same scrutiny. For a handful of single cask releases, no one’s going to complain too much.

In the end, this is almost certainly a legal Kentucky straight bourbon that was finished in a sherry cask as part of the same parcel as the four later releases. I suspect they were finished in Scotland rather than the USA, which makes them even more interesting, combining US and Scottish climates for maturation, but that adds even more layers of complication to the labelling, and at this point, I’d rather just drink it.

Heaven Hill 2001 Sherry Hogshead – what does it taste like?

Nose: It’s all about the cask to start. Plump raisins kick things off, and for a moment I thought the sample was mislabelled, and it was a sherry-matured Scotch whisky. But then bourbon appears. The fruit stays, and layers of spongecake develop, bridging the gap to bourbon brown sugar and spice. The sherry and bourbon bounce back and forth through Danish pastries, with custard and pastry as a glue trying to hold them together. The core is a fruity combo, with the raisins joined by sultanas and apple sauce, as well as banana bread and dried trail mix fruit – dried apricots and papaya, and candied orange peel. Behind all that is a sea of cinnamon toast and stroopwaffel.

Palate: Again, the sherry hits first: lots of dark raisin and date. Brown sugar then rolls in, dragging bourbon notes with it: sweet spice and toffee with a bit of milk chocolate – almost Cadbury’s Caramel. Apple and pear develop, as well as ginger cake, dark chocolate and more of the candied orange peel from the nose. At the back, it’s all biscuits: fruit shortbread, and oatmeal and raisin cookies. Mr Kipling Country Slices are hiding in there as well, dusted with more crunchy sugar than usual. Sat right at the back is a little bit of mint and menthol.

Finish: The menthol flashes past with a hit of lemon – invoking Lockets – before spiced sponge-cake batter, glacé and maraschino cherries, cinnamon toast and a touch of balancing char appear. Spiced apple pie and dried apricots linger.

It’s a weird whisk(e)y, and one that reminds me quite how much flavour comes from the cask. The combination doesn’t quite work, with common bridging flavours not quite enough to pull the whole lot together, leaving very much a dram of two halves. That said, I enjoyed each of those halves, even if it wasn’t quite a coherent whole.

Many thanks to Sjoerd from Malt Fascination for the sample – he’s also posted a review.

1 Strangely, despite ‘whiskey’ being the most common spelling of the word in the USA, the Standards of Identity that legally define American whiskey only use the spelling ‘whisky’ without an E. Although proposed changes might drop in a clarification that both spellings are allowed.