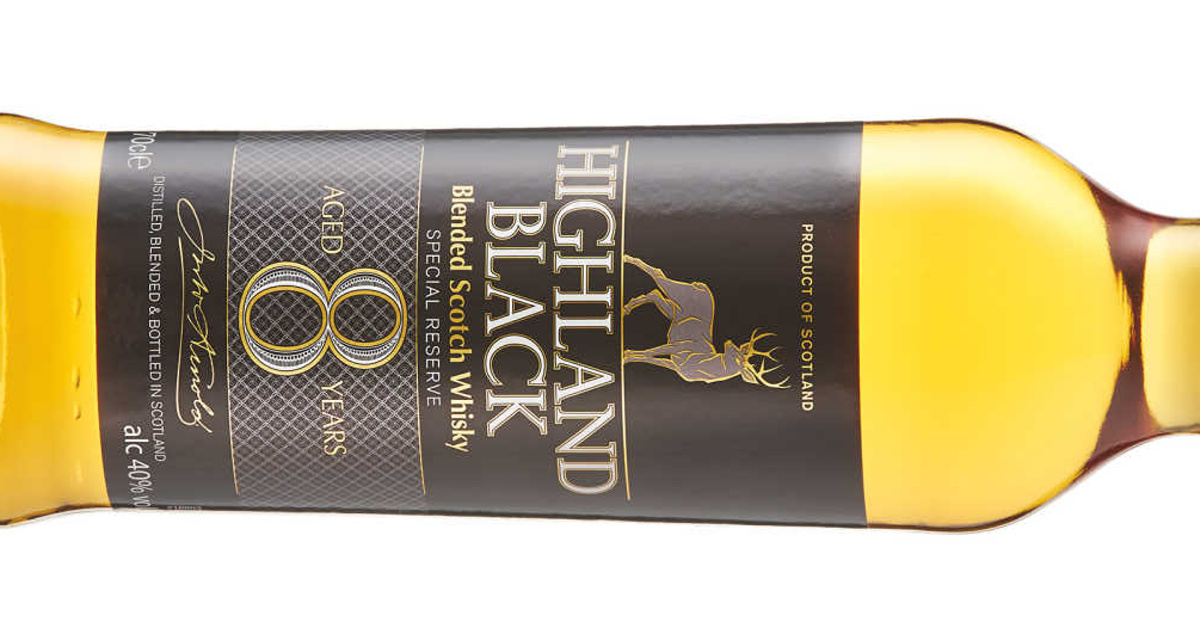 Betteridge’s Law of Headlines states that if an article is titled with a question, the answer to that question is ‘no’. Spoiler alert: that’s the case here. However, the question has been asked frequently over the past few days and I thought I’d better address it.

The results of the Scotch Whisky Masters 2018 have recently been announced. Among those results was a gold medal for Aldi’s £13-a-bottle blended whisky, Highland Black 8 Year Old. Aldi, in typically efficient fashion, quickly issued a press release announcing this award. The world’s press, in typically lazy fashion, quickly copied and pasted chunks of the press release into articles declaring that Aldi’s whisky was ‘voted best in the world’.

I didn’t get the press release, so don’t know exactly what they said. However, The Independent published a quote from Aldi’s managing director of buying, Julie Ashfield, that might be to blame:

This is the second year that our Highland Black Scotch Whisky has been voted best in the world and we are thrilled it has performed so well again!

That’s not quite right.

Why am I posting about it?

I am not only a judge for the Scotch Whisky Masters, I was the chair of the panel which gave Highland Black 8 Year Old the gold medal.

I am, however, not ‘Manager von Whisky Exchange’ as Die Welt reported. Yes, my name appeared in Germany’s third largest newspaper. Fame at last…

Firstly, all of the whiskies in the competition were judged blind – I didn’t know what medal Highland Black received until the results came out.

Secondly, The Spirits Business haven’t announced their equivalent of ‘The Best Whisky in the World’. That’s called The Master of Masters, and they’ll reveal it to the world at the Masters awards lunch later this year.

Thirdly, Highland Black won its medal in the Blended whisky up to 12 years old category, judged against other whiskies in the category, not all whiskies.

Fourthly, there were three gold medals awarded in the category: Highland Black 8yo, Chivas Regal 12yo and Scots Gold 12yo. The medals aren’t awarded like in the Olympics – there’s not a maximum of one of each in each category. Each medal is an indicator of the score that whisky was given.

And finally, gold isn’t the top award that can be given in a category. That is ‘master’, hence the name of the competition – The Scotch Whisky Masters. Gold is rank two of three – 80-90pts.

Aldi’s Highland Black 8 Year Old is one of three blended Scotch whiskies aged 12 years or under which received a score of between 80 and 90  points in the Scotch Whisky Masters, netting them the second-tier award: gold medal.

But that’s not quite so soundbiteable as ‘voted best in the world’.

Now, please stop posting links to ‘Is Aldi Highland Black is the best whisky in the world?’ articles on Facebook. No one said that. Not even Jim Murray.

7 Replies to “Is Aldi Highland Black 8 Year Old the best whisky in the world?”