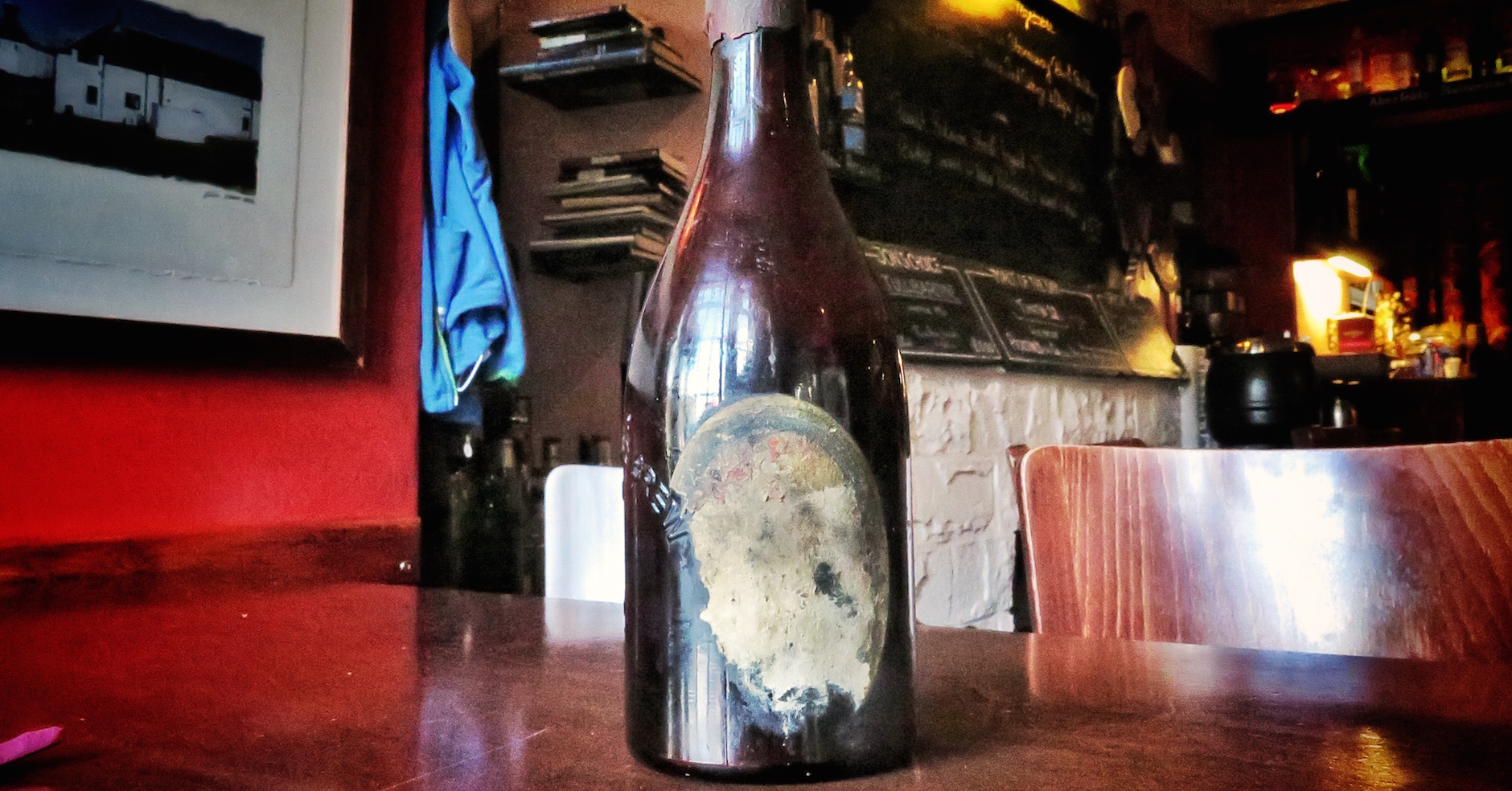 There are some bottle of booze that have mystique. Bottles that people search for and keep, opening them only special occasions. For me, one of the bottles that I’ve coveted since hearing about it is an 80 year old beer. So, here’s the oldest beer I’ve drunk, opened at the celebration of someone becoming old: an excellent occasion and an incredible bottle – Bass Prince’s Ale from 1929.

Bass Prince’s Ale was brewed back in 1929, with the mash started by the then Prince of Wales. According to Mike Peterson’s page, the beer was bottled and on sale in 1930 for £5 a pint – that’s equivalent to somewhere around £300 a bottle today*. Unsurprisingly, it doesn’t seem to have sold all that quickly and was still available 16 years later at the end of World War II. During that time, the prince had become King Edward VIII, caused a constitutional crisis, abdicated, married Wallis Simpson, moved to France, fled the Nazi advance and been moved to the Bahamas (maybe due to rumoured fascist sympathies), where he sat out the war as governor, before returning to France when it had ended.

It is not known whether he tried ‘his’ beer.

The Prince’s Ale is variously described as a barley wine or old ale online, but it looks to me like an old school Burton Ale. According to Martyn Cornell’s (excellent) Amber, Gold and Black, the style flourished from the mid-1800s until the post-war years, disappearing into obscurity by the 1950s, in a similar way to Edward VIII but without the Nazi rumours. It grew out of the Baltic export ales of the early 1800s, developing into a lower ABV variant with less sweetness and more bitterness over the years. It needed cellaring for months before serving, and I’d guess that it almost certainly had some degree of secondary fermentation going on during that time – sour beers aren’t a new or strictly continental-European thing.

These days there aren’t any beers still carrying the Burton moniker to indicate this style, as Burton became famous for its pale ales and the name became synonymous with them. However, there are still a lot of medium/high-strength traditional ales with solid bitterness and a bit of sweetness, so the style lives on through many of today’s barley wines.

Bass started marking its Burton ales with a red diamond in 1857, and the Prince’s Ale carries the mark on its label. According to Ron Pattinson, it had an OG of 1112 and an FG of 1029, which would give an ABV of 11-12%, which is at the high-end of Burton and definitely tips its hat at barley wines. It’s the sort of beer that should age well, and it was probably tasting better at the end of its years on sale than it did at the beginning.

The wax on the bottle was still remarkably intact and the cork was in pretty good condition. This didn’t stop it breaking, and we had to drink the beer around a few floaty bits. It poured a vivid red, bright and very clear. There was no carbonation, but after 87 years in the bottle with a slightly shrivelled cork, that was not entirely unexpected. 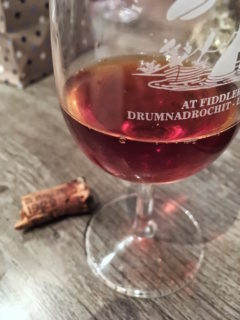 Palate: Biscuity and sour at first, with a touch of ashy bitterness. Then all the fruit from the nose rushes in. However, the fruit hits a wall, and leaves a gap on the palate. It’s tannic and dry on the other side, and in the middle of the void there’s a core of boiled sweets: red flavoured and dipped in sour sugar. Green leaves and riverbank mud sit underneath, along with dark chocolate and red wine.

The sourness suggests that at some point in the past nine decades it had become infected, and a secondary fermentation had happened along the way. It might have been since it was bottled, but I’d guess it happened between brewing and bottling – there was a distinct resemblance to the fruity sourness of Rodenbach, Duchesse de Bourgogne and other Flemish red ales, which are constructed around a sour secondary fermentation. With Rodenbach’s style of beer originating, or so the stories tell us, from its master brewer learning how to age and blend beer in England, this shouldn’t be all that surprising. Creating an old or stock ale by ageing a strong Burton before blending it with younger beer was well known back in the 1920s. Prince’s Ale could well have gone on to be aged, if the Prince hadn’t kicked off the mash and created a marketing opportunity.

The Bass Prince’s Ale is an impressive beer that I would have happily polished off a whole bottle of. However, not everyone agreed, with birthday boy McSpillin commenting ‘It smells like piss’ and almost everyone else turning down the opportunity for more than a sip – I will admit that it did have a hint of something ‘familiar‘ on the nose. We didn’t finish the bottle, leaving it mostly intact for Dornoch Distillery yeast necromancer Simon to work his dark magics on. One day, years from now, we may have a whisky on the market made from wash fermented with 1929 Bass yeast. Keep an eye out in 2029, the 100th anniversary of Prince Edward popping by the Bass brewery…

Many thanks to Mr MacRaild for opening the bottle and letting me have a taste. Angus is, as we agreed before he’d let me try the beer, best.