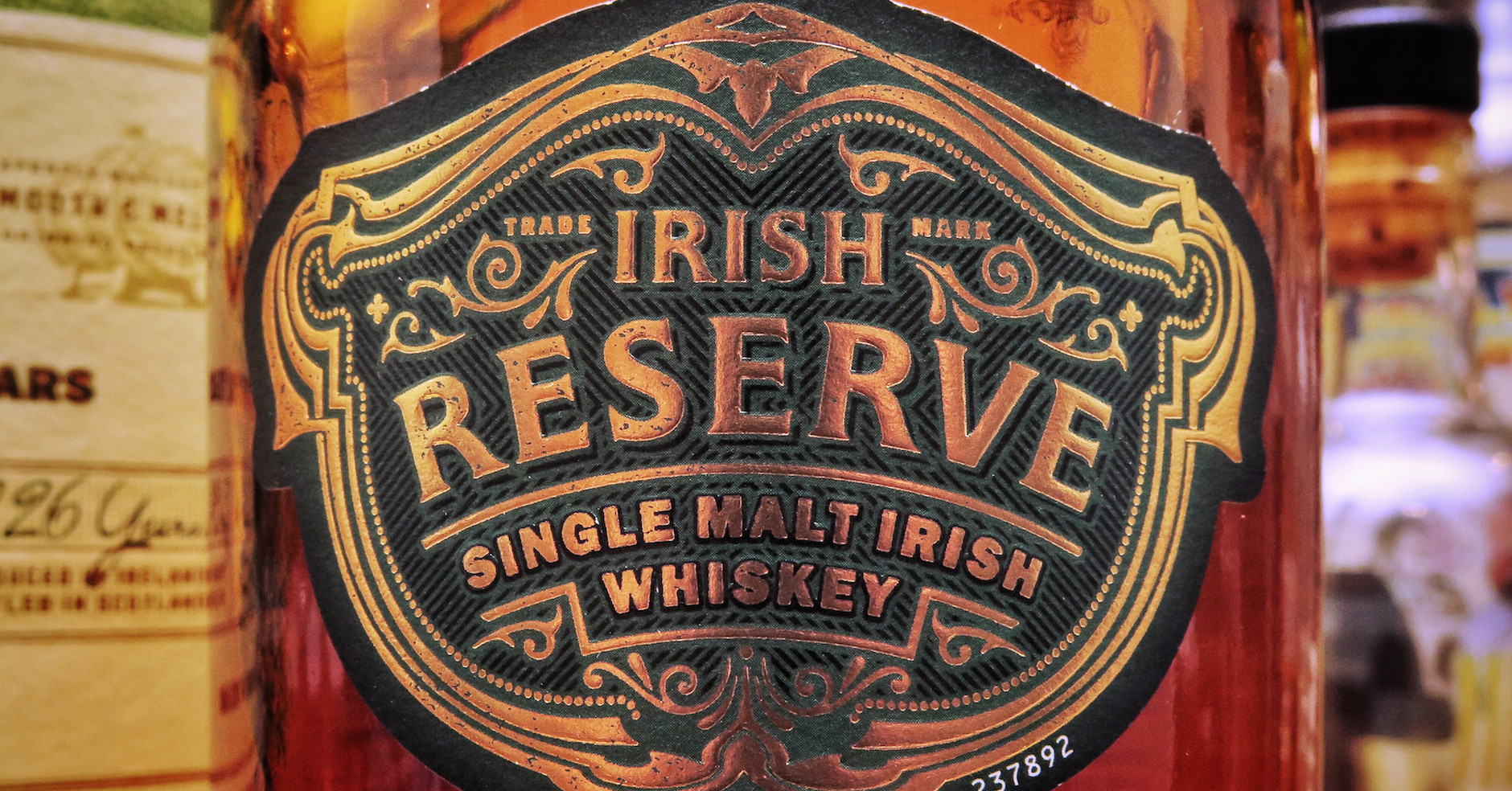 It’s Christmas. As someone who works for a whisky shop, I’ve got used to the 1 November festive season starter, but it seems that it’s still grating for most. However, there’s something to help get you through the long weeks until legitimate advent anticipation arrives in December: Christmas booze releases. This time – Aldi Irish Reserve 26 Year Old Single Malt Whiskey.

Old Irish whiskey has recently become a thing. There wasn’t much of it about in years gone by, with occasional releases popping up from Midleton and Bushmills, accompanied by huge price tags and minor flurries of attention. However, with the growth of Ireland as a distilling nation – 30+ distilleries are in various states of building, licensing and production, up from three a mere five years ago – has come more old juice. The Aldi Irish Reserve suggests that there is more of it out there than we thought.

At the moment there are a few casks of single malt whiskey distilled in the early 1990s knocking around. They’ve appeared in a variety of guises, from Teeling Distillery bottlings to German indie releases, but it seems they are from the same parcel of casks. There are a number of theories about them…

The least controversial idea is that they are from Bushmills. Around 1990, Cooley (then owned by the Teeling family) had only just started distilling single malt (1989 seems to have been their first year of production). Midleton may have been producing single malt (a rumour I’ve recently heard and am still investigating), but it doesn’t look to have been going anywhere but into the distillery’s blends. That leaves the only other operating distillery in Ireland at the time as the source for these whiskeys: Bushmills, well-known for being Ireland’s main producer of single malt whiskey.

How did it get to Aldi?

The path from Bushmills to landing on the shelves in Aldi is less clear. For a while, my theory has been that Cooley bought some casks to prop up their malt production in the early days of Tyrconnell, and that not all of them were used. By the time the Teeling family sold the distillery a few years ago, the whiskey had started to become quite special, so they took at least some of the casks as part of the deal and brought them along when they started up Teeling Whiskey. Some of these casks have made their way into Teeling releases. However, other similar casks have ended up on the open market, where they were bought by independent bottlers and whoever produced this release for Aldi.

Whether the casks did come from the Teelings, from the new owners of Cooley (Beam Inc, now Beam Suntory), or from other people who owned casks like these, I do not know. And every time I guess, I find out more information that makes me doubt my theory. More research required…

Edit: since writing this post, I’ve had a few folks ping me quietly and reveal a few other potential sources for these casks (and a few others that are on the market). My Teeling theory is almost certainly wrong. Thank you lovely anonymous people!

The single cask releases – normally bottled at cask strength, un-chillfiltered and with natural colour – have been almost universally praised. 90+ point scores are common and their reputation has grown along with their price: as of writing they hover around the £250 mark. 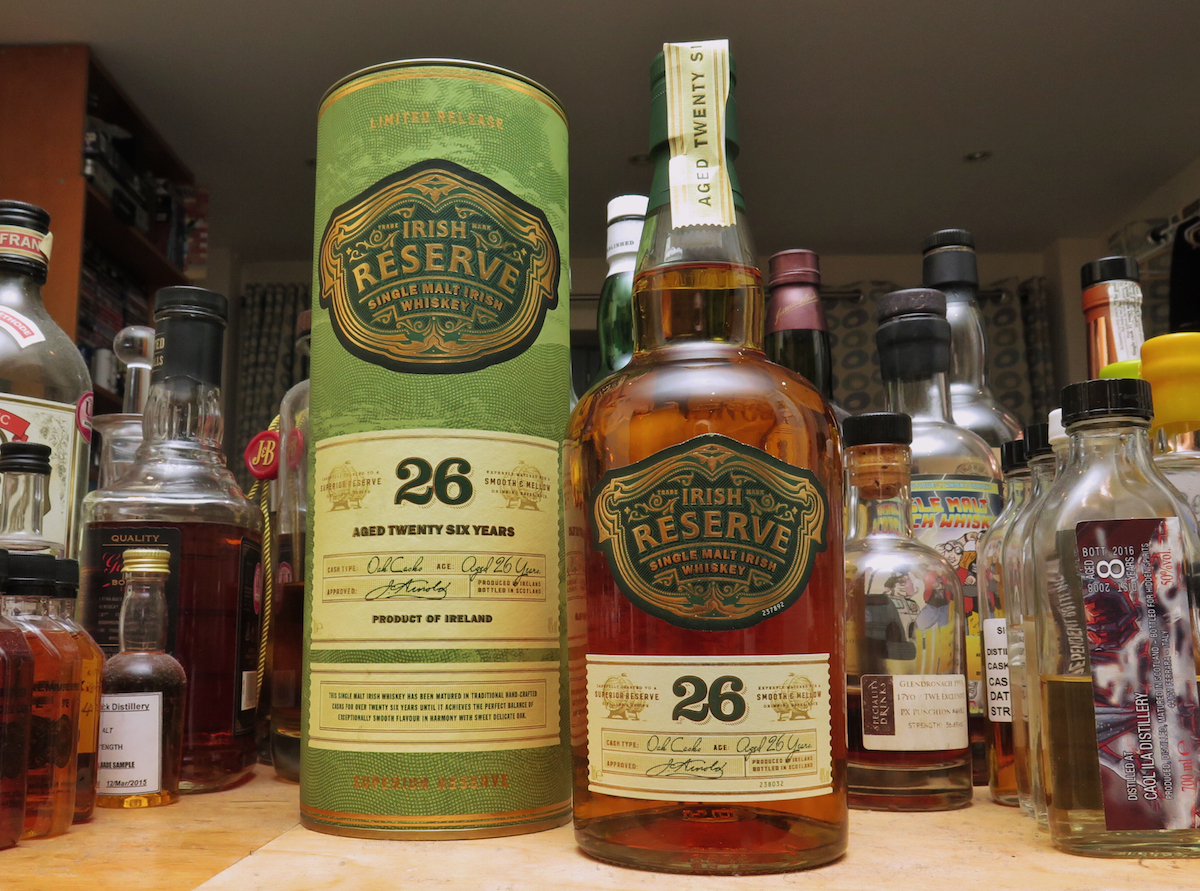 This Aldi Irish Reserve is a different beast: probably coloured and chillfiltered, and diluted to 40%.

Nose: Loads of fruit with a backing of grassy olive oil: pineapple, unripe mango, sharp apples and ripe pears. Candied notes roll in, with barley sugar and travel sweets joined by real Haribo Goldbären. Wrapping that is an oaky surround: sappy touches with a bit of varnish.

Palate: Loads of juice: all the fruit from the nose squished into a Capri-Sun packet. Orange sorbet/sherbet. A bit of fruity olive oil behind the tropical notes. The oak is impressively controlled, poking its head up at the end, with a handful of splinters and a bit of polish.

Finish: Here the wood makes itself known: sharp dark oak, varnish and polish. It fades, leaving tannic touches down the side of the tongue that stick around and a hint of Coke syrup through the middle that doesn’t.

It’s good. I’m rather pleased that I trekked to the far northern reaches of the Jubilee line in search of it. It’s a toned down version of the full-strength single casks, but it’s still overflowing with fruity goodness. Reports floating in today from across the internet agree and it seems that Aldi have struck gold. People have realised, so I suspect this won’t last for long.

Thanks to Adam of Malt (and elsewhere) for confirming that this was worth a punt. He took on the task of reviewing the Glen Marnoch 29 Year Old, which doesn’t seem to have been quite as joy filled.