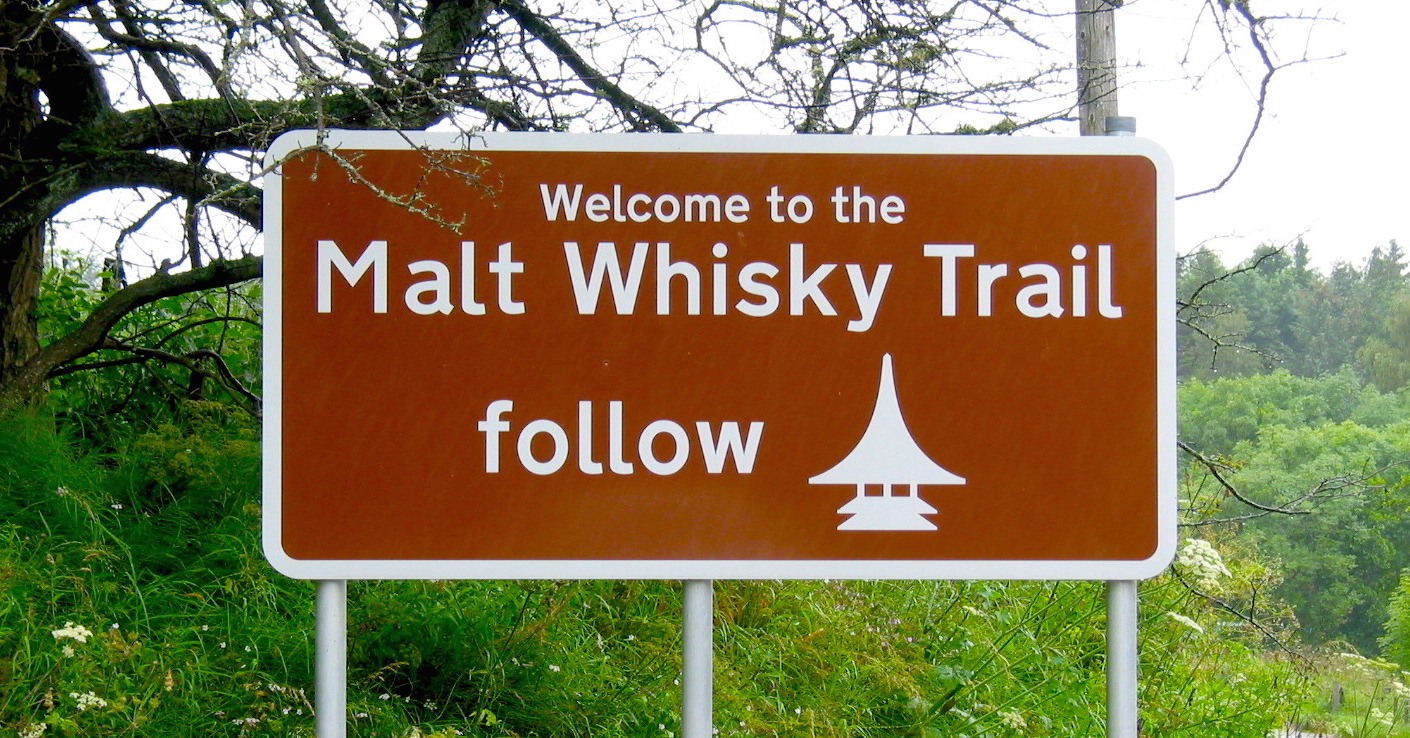 I like Scotland. Despite living in London and growing up on the south coast of England, I’ve been making the pilgrimage north of the wall pretty much every year for the last 35. One thing has been constant through all those years: brown signs telling me the way to the next distillery on the Malt Whisky Trail.

My first distillery visit was to Glenfiddich at the tender age of five, and it inspired me. Three decades later, I now write about drinks professionally and spend almost every waking hour investigating the wonderful world of whisky. As the Malt Whisky Trail started me on my journey all those years ago, I couldn’t turn down an invite to visit again.

On holiday in Scotland with only a couple of days free, I couldn’t fit in all nine stops of the trail. However, with the help of Malt Whisky Trail podcast host Samantha Staniforth as driver and guide, I managed to fit in most of them.

We started our journey at Glenlivet, a distillery that I have somehow never visited before. One of the biggest names in whisky around the world, the visitor centre is appropriately shiny. But for me, the most important thing is the tour, and it ticked all the boxes – despite the distillery being closed down for summer maintenance, it was still alive with activity. A mid-way pit stop in the warehouses for a dram pulled straight from the cask was a great interlude before a few drams back in the visitor centre, watched over by a portrait of distillery founder George Smith.

Next on the itinerary was Cardhu, a hidden gem that I’ve been meaning to visit for years. It’s a few minutes drive from the A95, the main road that snakes its way through Speyside from Aviemore to Keith. While distilleries pop up every few minutes as you barrel along, it’s worth taking a cross-country route to visit Cardhu.

I first made it to Cardhu years ago, but having missed the last tour of the day, we just shared a dram with the visitor centre staff before heading back out into the snow. This time I got to see what happens inside, experiencing the sights and smells of the distillery as well as the taste of the finished whisky, including the new distillery-only release.

Behind the distillery is the externally unassuming Johnnie Walker House – Cardhu was the first distillery bought by Johnnie Walker and the connection to the world’s biggest selling Scotch whisky has been strong ever since. When it comes to locations for a whisky tasting, the lounge of the Johnnie Walker house was the most impressive of my trip, with leather sofas and an open fireplace, as well as a huge slate rendering of the Johnnie Walker Striding Man logo hanging above us as we tasted our way through the Cardhu range. 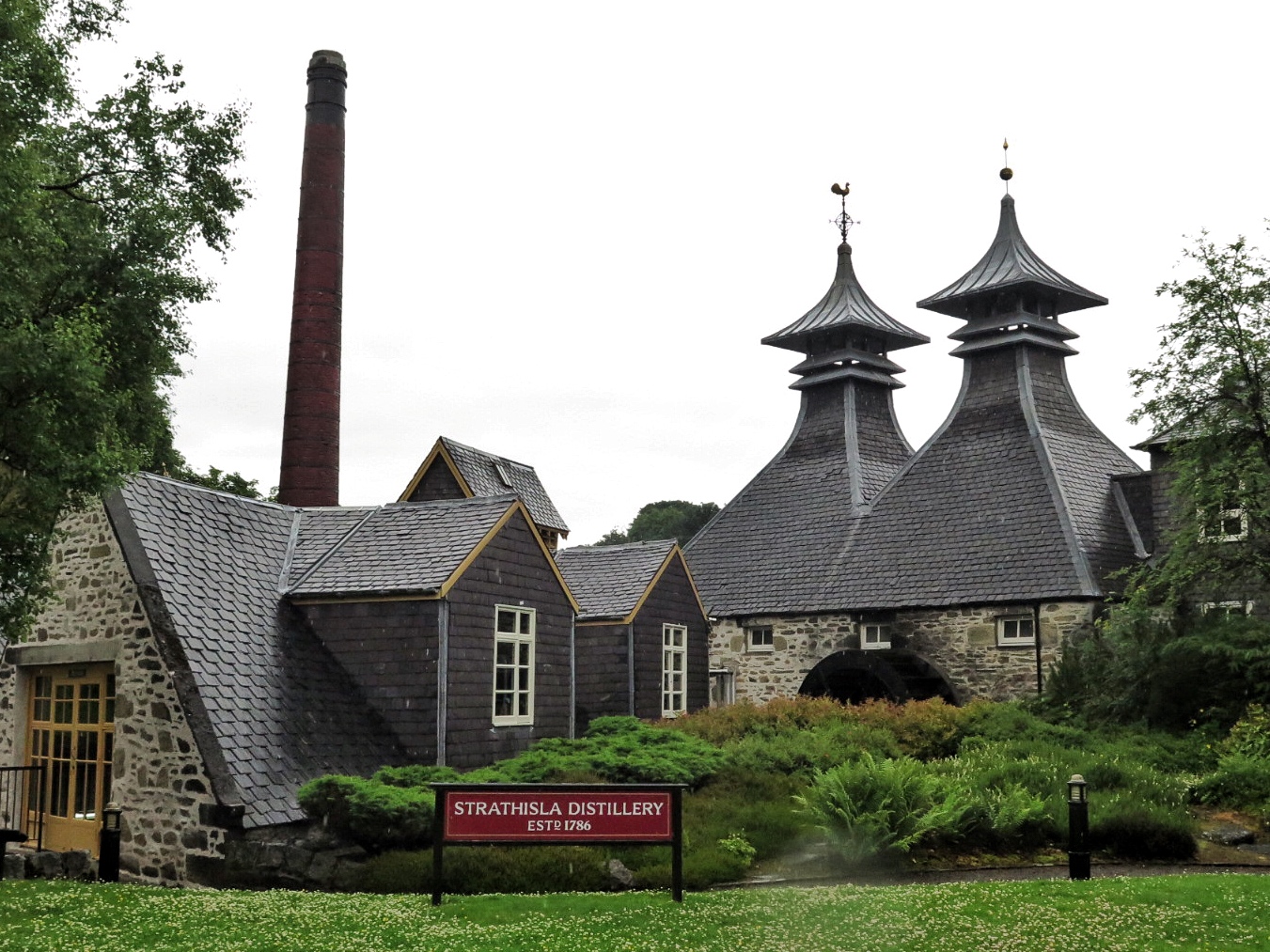 To start the second day of my tour, we headed out to Strathisla, sister distillery to Glenlivet. I’d heard that the distillery is picturesque, and it lived up to its reputation, despite the dark clouds overhead and constant drizzle – the definition of ‘dreich’.

It’s just as pretty inside the visitor centre, but as soon as you pass through the door into the distillery it’s a different world. Old fashioned and with every ounce of space used, Strathisla is the exact opposite of Glenlivet. To round off the tour, we tried a selection of drams that go into making Chivas Regal, the blend whisky which has Strathisla at its heart. As a grain whisky fan, the 12 year old grain whisky, rarely seen and even more rarely tasted, was the star of the line up – something unique to the tour.

With a busy afternoon ahead, we headed to the stop on the trip I’d most been looking forward to: a tour of the Speyside cooperage. I’m slightly obsesssive about casks and coopers, and have been meaning to visit since I first discovered that they were the only cooperage in the world with a visitor centre.

Watching coopers work is strangely mesmerising, and the tour lets you stare to your heart’s content. A viewing gallery stretches around the workshop and you can zone out and watch casks being disassembled and reassembled in a satisfyingly skilful manner. I had to be dragged away to make sure we made it to our final stop on time: Glen Moray.

I’ve been a Glen Moray fan ever since I visited back in 2013. Since then, the distillery’s changed rather a lot. Of the tours during my couple of days on the Malt Whisky Trail, this was the most enlightening. Lots of new technology added to the more traditional distillery I visited before, creating a great mix of old and new.

While you can find Glen Moray’s whiskies all over the world, the distillery holds a wealth of delights that aren’t quite as widespread as yet – interesting new releases as well as a few special editions that I’d not had a chance to try yet. Add to that a cask in the shop that I could fill my own bottle from – a very pink peated port cask – and it was the perfect tour to round out my trip.

It may have only been a couple of days, but there was much more to my trip along The Trail than just whisky and distilleries. But tales of trading sandwich tips in the Aberlour church yard, my inspirational taxi ride with a cab driver turned author, and an evening of drinking with a Danish sailor (hi Lars!) will have to wait for another time.

It’s great to see the Malt Whisky Trail again and I’ll be stopping by next time I’m up in Speyside – I’ve still never been to Dallas Dhu, Benromach should have a new distillery exclusive bottling soon, and it’s a while since I’ve been to either Glenfiddich or Glen Grant. Any excuse to pop in and see whisky being made…

Many thanks to Samantha and the rest of the team at Spey for looking after me. This article was originally written for The Malt Whisky Trail Blog.

One Reply to “The Malt Whisky Trail – a wander through Speyside”