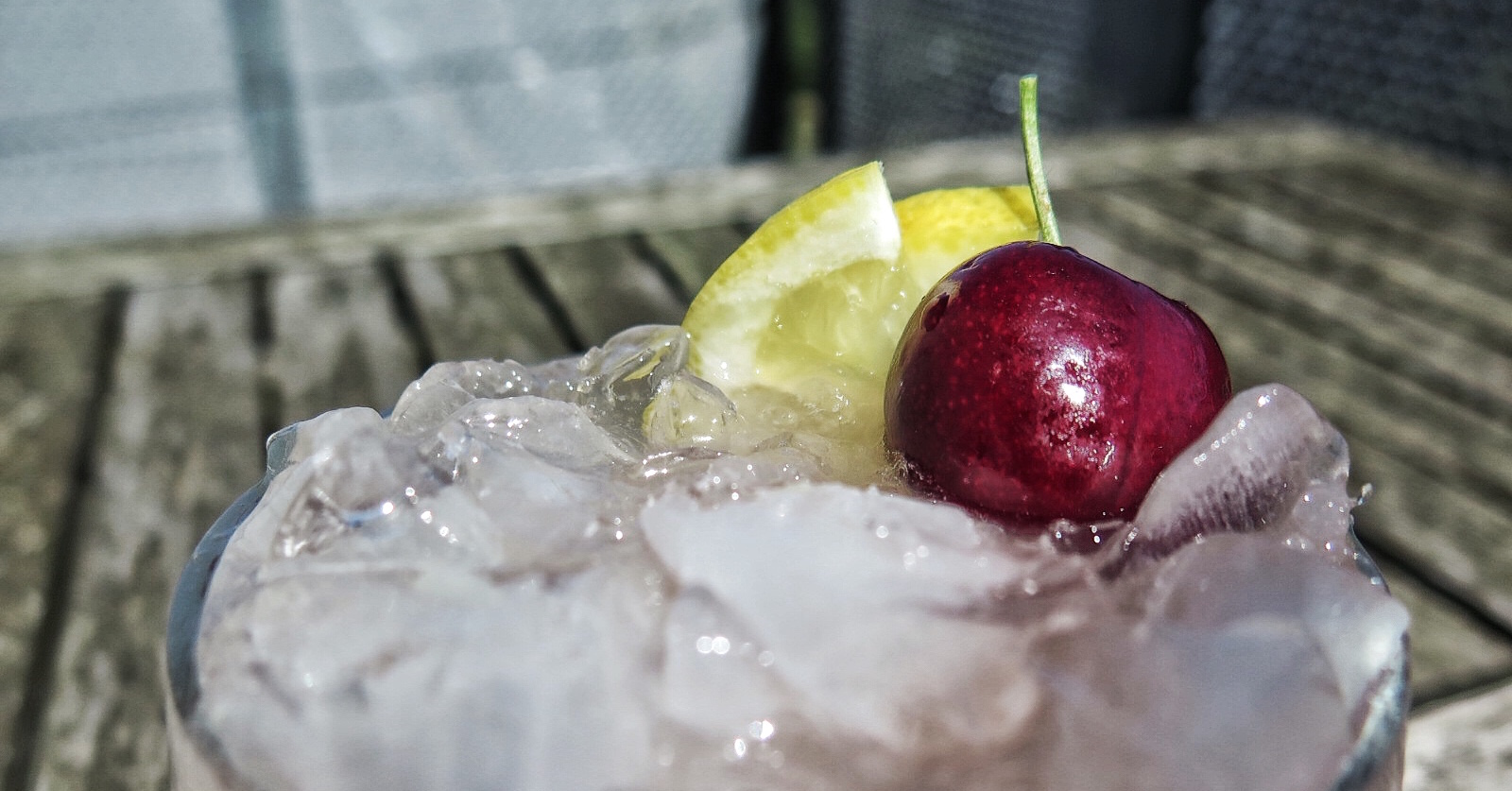 It’s World Gin Day, and while I haven’t made it to any events, or even far from my house, I have been drinking gin – there are some standards that need to be maintained. As in more recent years, I’ve not been necking G&Ts, but instead been trying my hand at a cocktail. This time, a drink which I have deep fondness for – The Bramble.

Way back at the dawn of time (the year 2000), I wasn’t that big a drinks fan. I liked beer and wine, and occasionally bored people about liking whisky, but the world of cocktails was something I was entirely uninterested in. A few years later, I was boring bartenders around London by asking them in great detail what they were doing when making drinks. That transformation stemmed from a single incident: the purchase of Jamie Oliver second cookbook, The Return of the Naked Chef.

I can’t take credit for this purchase, as the book was given to me as a present, but hidden at the back was a small section on cocktails, inspired by a man called Dick Bradsell. In the introductory page, Jamie waxes lyrical about this legend of cocktails who had only spoken to him for five minutes years before the book was even thought of, and who he had turned to for help in compiling a ‘Bevvies’ section. All eight pages of it. Including full page pictures.

I was impressed that my, at the time, cooking hero was also interested in cocktails, so went about making some of them. I got as far as the Old Fashioned, cocktail number three of seven, and was sold on the concept.

While the book doesn’t in any way start to plumb the depths of Dick Bradsell’s knowledge, his name has sat in the back of my head for the last couple of decades as London’s king of cocktails. As I learned more, I realised that this assessment was pretty accurate, with bartenders I met agreeing with me and Jamie.

Dick Bradsell passed away in February 2016. He’d reappeared in London a few years before and was regularly behind the bar at The Pink Chihuahua underneath El Camion in Soho. I thought I’d finally get a chance to meet him, even if just to say ‘hello’, but I never made it down. A great mentor and friend to many people I know, he is sorely missed. Here’s his obituary in The Guardian

Of the various drinks he created, the Bramble is the one that has become the most iconic. There’s a great article over at Difford’s Guide, with variations on the drink’s origin story from Dick himself, but in short it’s a gin sour with a bit of blackberry liqueur to make it more British. Even in the Difford’s article there are two different recipes, so I cobbled something together at around the same proportions as Bradsell’s original recipe, with the Difford prep: 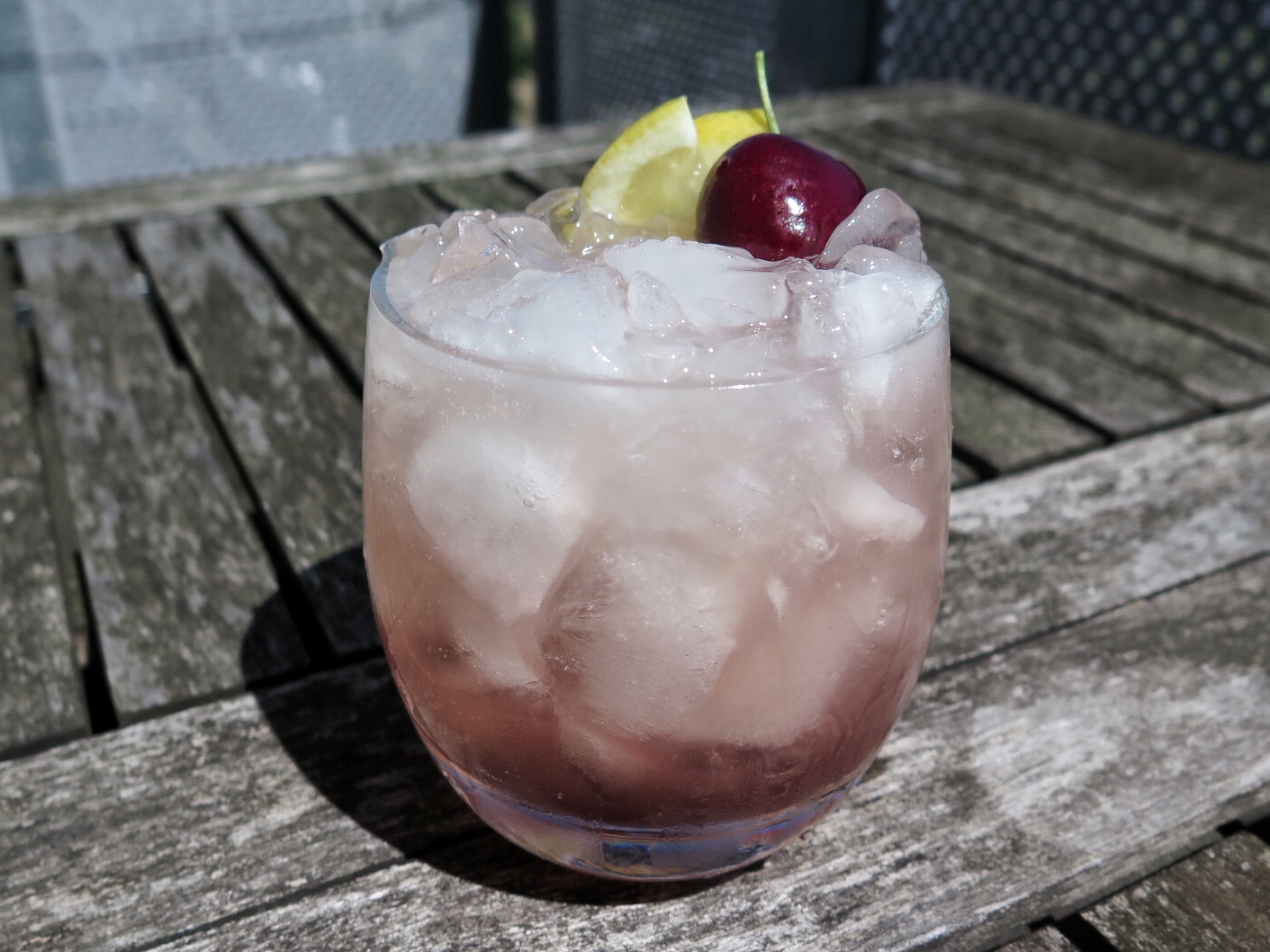 Shake the first three ingredients in shaker with ice and strain over a glass of crushed ice. Top with more crushed ice, drizzle over the mure and garnish with lemon and raspberry. Mine’s garnished with a cherry, because like Bradsell having to make do with a raspberry rather than a blackberry (as recounted in the Difford’s piece), Morrison’s didn’t have any raspberries.

It’s a solid summer smasher of a drink. The crushed ice keeps it cold and just long enough to not get cloying. The gin sour is a classic combination that I could drink happily on its own, but the crème de mure adds a rich, Ribena-y sweetness that fills in any gaps in the flavour profile as well providing a comforting berry blanket underneath. A modern classic that deserves the name.

So, enjoy World Gin Day and give organiser extraordinaire Gin Monkey a hug if you see her running around. Time for another drink…