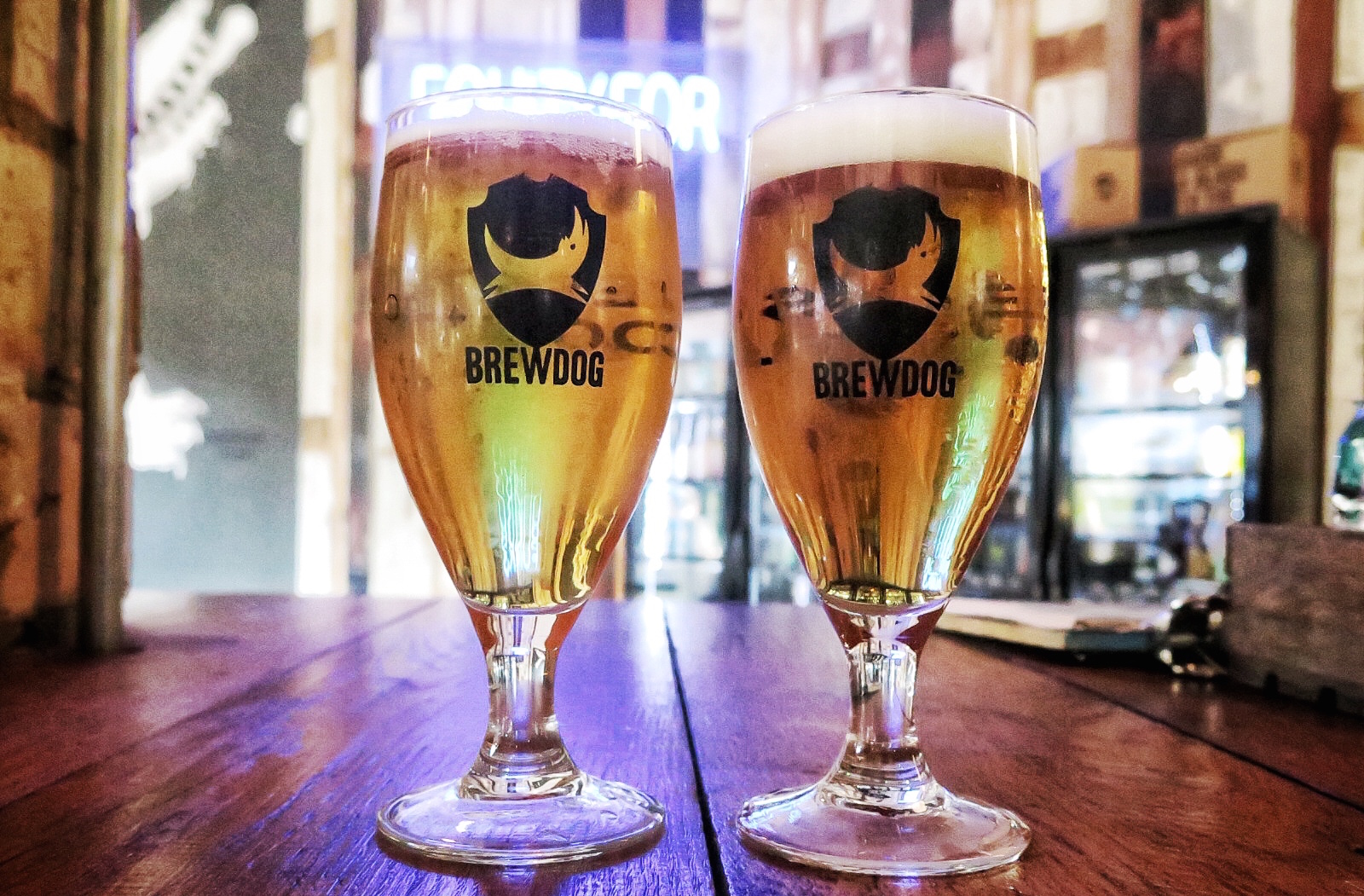 It’s BrewDog’s AGM this weekend, and along with some big news (a new bar in Glasgow with micro-brewery, launching Lone Wolf gin and vodka, revealing who’s buying 22% of the company…) there are a load of beers to try. In amongst the the cans of Born to Die and bottles of Dog F are a trio of beers from the past: Hop Rocker, The Physics and Punk IPA. This isn’t the Punk of today, instead it’s a recreation of the original recipe. And while I’m not at the AGM, I am in BrewDog Shepherd’s Bush, leeching their wifi and drinking Original Punk IPA.

Back in the before time, the long long ago (2011, according to my blog post at the time), BrewDog changed the recipe of their flagship Punk IPA. After four years, the brewery’s first beer had grown long in the tooth. They decided to rejig it for the new decade – dropped in strength and tweaked in flavour.

Now, a further seven years down the line, Punk IPA has become a fairly standard beer – a decent IPA that is produced by the tanker and sold all over the place. To celebrate the 10th anniversary, BrewDog have brewed the original again. It launched in BrewDog bars at 6pm today and is also available to shareholders in bottles from the BrewDog website.

The regular punk was fairly fresh, put in keg 11 days ago, and as remembered – solidly hoppy, with a little bit of fruit and a pleasantly sour touch. The original recipe was quite different:

Palate: The fruit from the nose continues, with added lime peel and a bit of green bitterness to balance the sweetness.

This triggered some memories of Punk X from the days of the switchover, but this time without as much greenness. I eagerly await the bottles I’ve ordered – I’m intrigued to try this again.

Update: My bottles have arrived and one has, naturally, been cracked open. The big fruit is diminished, only appearing when it starts to warm up, and it’s got a very pure hop bitterness wrapped around a malty core. The mustiness is still there, but the overall feel is of a fizzy lager with the hops dialled to 11. This is what I remember of Punk back in the old days – I like it, but it’s nothing like the new wave of hop-led beers that focus on more than just bitterness.