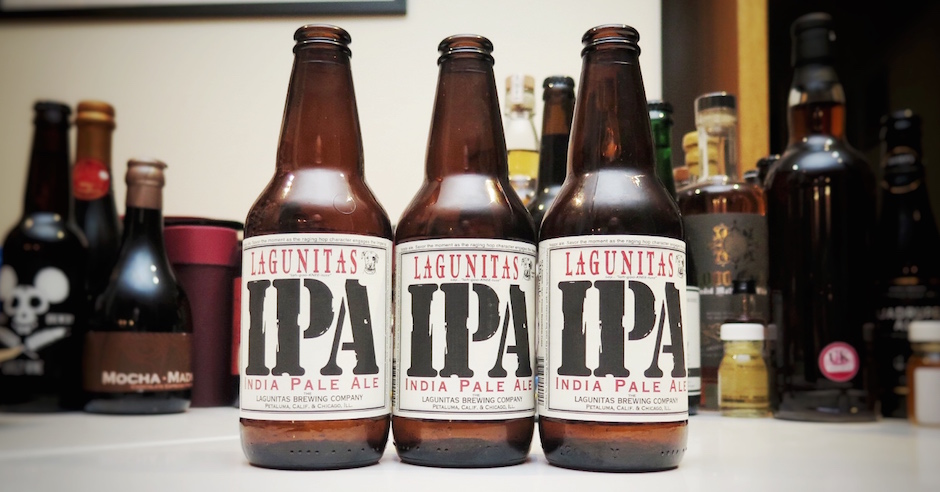 When it comes to big and hoppy beer, the USA has led the way. Back in 2000, my tiny mind was blown by a bottle of Sierra Nevada and my approach to beer changed. While I love traditional British beers, the evolution of the hop bomb has been one of my favourite things about the growing craft beer market. However, the explosion of locally brewed hoppy beers has brought one aspect of drinking them to the front of my mind – freshness

I’ve been thinking about the freshness of the hoppy beer I’ve been drinking for a couple of years. Firstly, I noticed that I’d been allowing IPAs to die in my beer stash, and then BrewDog launched Born To Die. Before those two realisations, I’d been drinking lots of hoppy British beers and hadn’t been thinking about the condition of the occasional US-made IPA that crossed my path. While I’ve known theoretically about beers getting old, a recent chance beer arrival has given me to chance to test how noticeable the difference is between a fresh and aged US IPA.

Last week, I received an unexpected gift in the post: a bottle of Lagunitas IPA from the brewery’s marketing department. Now that they’re half owned by Heineken, Lagunitas have been expanding into the UK and it’s getting fairly easy to find their beer, so I popped the bottle in the fridge in the everyday drinking pile. If I can get it in my local supermarket, then that’s generally where it lives.

On opening, it was a revelation – floral, fruity and complex. It was unlike any other bottle of Lagunitas I’ve had before.

I checked the bottle and while it didn’t have a bottling date, it did have a best before: 24/01/2018. Assuming a year of life, that puts its bottling to be six weeks ago, about as fresh as you can get a beer from the USA. I decided it was time to find some more bottles and see how older beers fared. 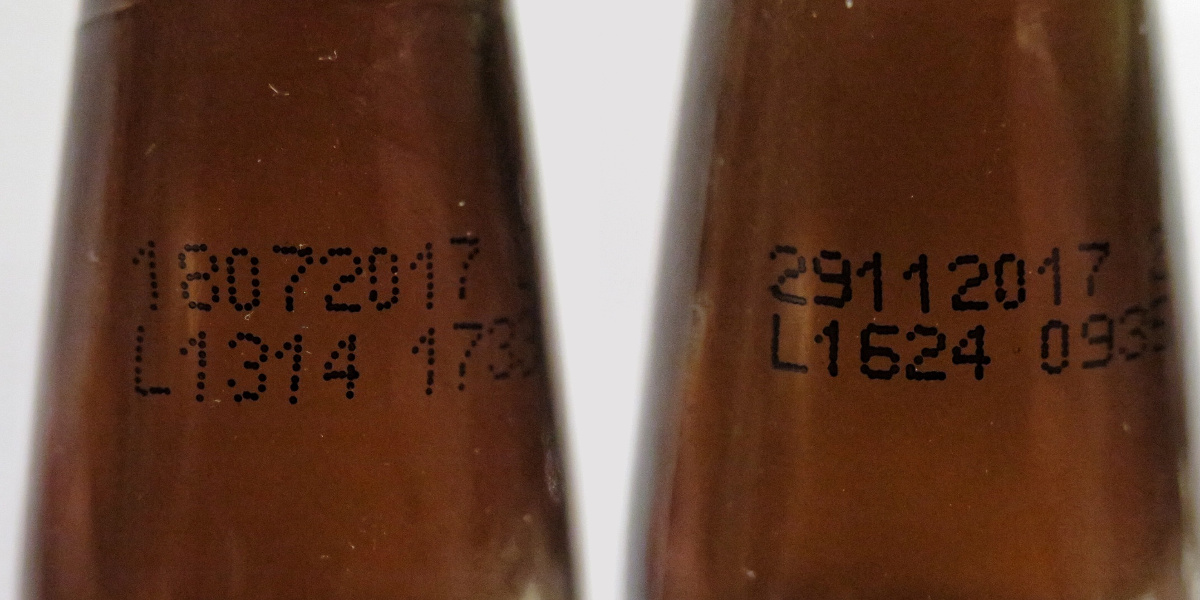 I may not have any beer shops that close to me, but I do have a lot of supermarkets. I popped in to Marks & Spencer and Morrisons, and picked up a bottle of Lagunitas IPA from each – BBE dates 18/07/2017 and 29/11/2017 respectively. I didn’t have to dig through the shelves: these were each from the front of the pile. Assuming a one-year period before the BBE, that gave me one almost eight months old and one about three and a half, perfect for a comparison.

The bottles went in the fridge for a few hours, and I opened and poured them at the same time. I didn’t check the dates before pouring and tried them blind. It was very quickly obvious which was which.

The younger of the pair was not quite as floral as the revelatory six-week-old one, with any fruit very much subdued. However, the nose had some aromatic black tea, and the palate was leafy with grain and fresh green hop. A solid example of a more traditional US IPA, and definitely drinkable. I’d go back for another one, but it wasn’t in the same league as the fresh bottle.

I knew which was the older of the two from the moment I stuck my nose in the glass. Spiced caramel up front with thick sweetness and a hint of mulchy hop. On the palate, the sweetness remained along with a weighty, candied note through the middle. The finish was metallic, with musty hops and muddy bitterness. It was a totally different beer to the fresher versions.

Recently, I’ve been describing some beers as tasting like ‘bottles of Sierra Nevada in London in the early 2000s’ and this is exactly the case here. Back in ye olden dayes, you were lucky to find a hoppy American beer in London and they were never fresh. With no reference, I assumed they were meant to have a big bitter hit over a sweet and sickly base.

I now know that’s not the case and a few weeks back, Craft Beer Rising hammered the point home. With hoppy beers on tap from all around the world, it became obvious very quickly which had been on a slow boat and which had come from around the corner.

Far from every style of beer needs to be drunk fresh. I’ve got a stash of stouts, barley wines, sour beers and other weird and wonderful things that I’m keeping for a while, but these days I have a much faster turnaround for many of my acquisitions. In the early days of hoppy pale ale brewing in the UK, it was almost unheard of to drink the beers without a good amount of ageing. But that was in the 18th century and things have definitely changed.

Fortunately, we now have enough homegrown beers that we don’t necessarily need to resort to the imports. However, there are some fantastic releases that are coming in to the UK from overseas and ever more local beers with incredibly short best before dates. They’re often worth a try, you just need to make sure to check how old the bottles are.

One Reply to “Fresh beer – the peril of imported IPAs”