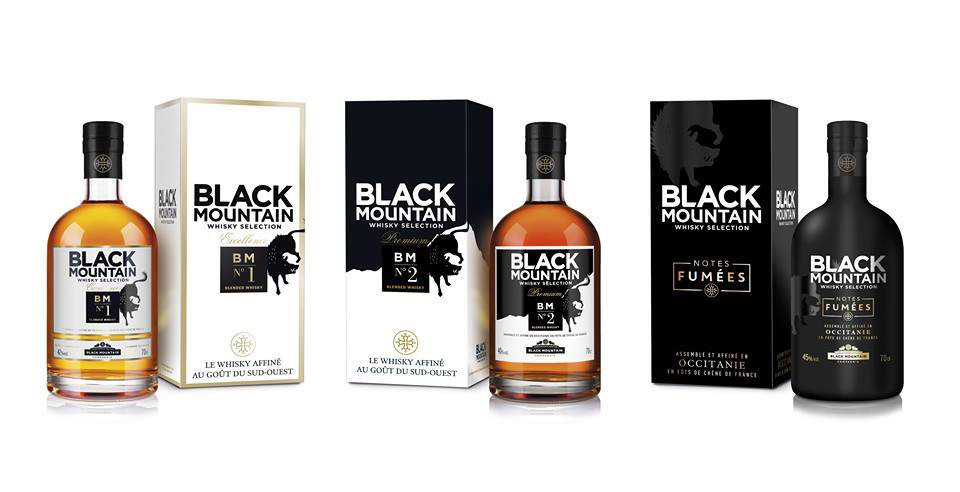 It’s surprising how little French whisky is seen out in the wild. Long known as the largest consumers of Scotch whisky in the world, there has been little French-made spirit on the market until the past few years. Along with more established names, there is now a new kid on the block – Black Mountain.

While whisky production is taking place across France, with more than 40 distilleries now in operation – from Glann Ar Mor and Warenghem on the north coast to Vulson on the edge of the Alps – the south-west of the country is relatively undeveloped.

When Black Mountain started in 2011, there was nothing in the region and the company looked to plug the gap in the whisky map with a new distillery. Plans for the distillery are now firming up, with 2018 as a planned commissioning date, but until it’s ready, Black Mountain are making blended whiskies. 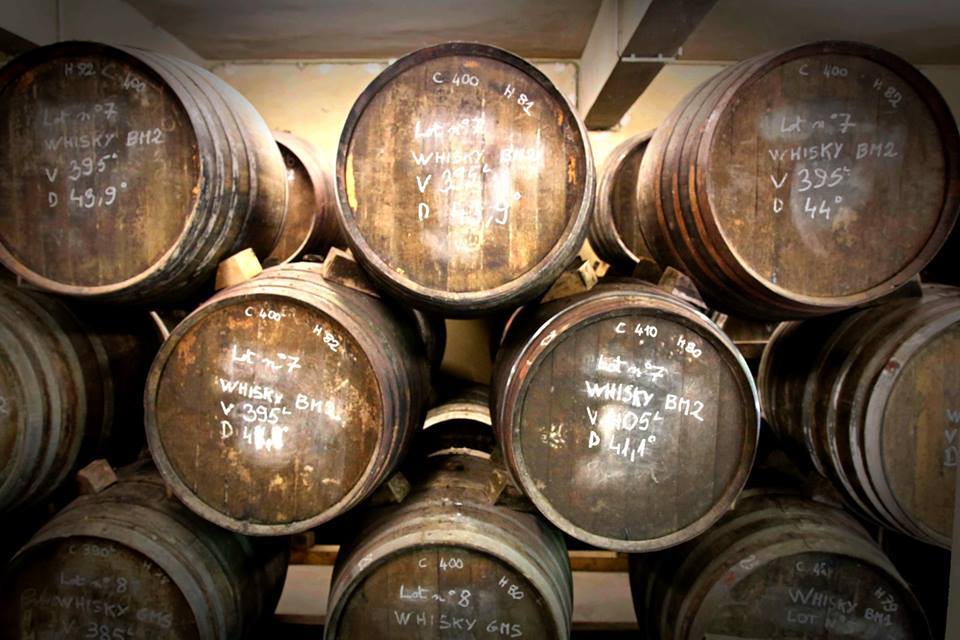 Rather than the purely French spirit they will be producing once the distillery is up and running, Black Mountain have started by bringing in blended whisky from Scotland. The label states ‘Assemblé et affiné en Occitane, en futs de chêne de France’ – blended and finished in Occitane, in French oak casks. I reckon that’s skirting the edge of my favourite clause in the Scotch Whisky regulations – ‘A person must not manufacture any whisky in Scotland except Scotch Whisky’. Black Mountain is a whisky that has been made in Scotland, but isn’t Scotch whisky. I suspect they’ll be left alone as long as they don’t claim it’s from Scotland and the nascent French whisky industry doesn’t start getting litigious.

The company’s first releases appeared in 2013 with the Black Mountain Whisky Selection range: BM No.1 and BM No.2.

BM No.2 is referred to as ‘Le premier-né de la gamme’ – the first-born of the range – as it’s the base of BM.No 1. To make it, Black Mountain take Scottish blended whisky reduce it 40% with local water and finish it in legally undisclosed ‘ex-wine spirit’ casks (almost certainly Armagnac) in Haut-Languedoc. 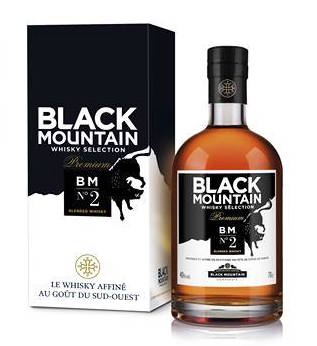 Palate: Soft and sweet, with royal icing balanced by the lemon tartness of the nose. Grainy touches and hints of bitter char sit behind along with brown sugar sweetness and cream filled meringues.

It’s light and zingy with balanced sweetness and more going on than you might expect, but still eminently quaffable.

BM No.1 builds on No.2, with double the finishing time before further blending with a 9-year-old Scottish blended whisky, reduction to 45%, more finishing in the ‘ex-wine spirit’ casks and a final reduction to 42% with Languedoc water for bottling.

No.1 and No.2 have done well over the past few years, with BM No.1 picking up the award for best European blended whisky at the World Whiskies Awards in 2015 – an award where I was one of the judges. This has encouraged Black Mountain not only to push the distillery plans forward, but also to create a new whisky: Black Mountain Notes Fumées – ‘smoky notes’.

Notes Fumées starts in a similar manner to the BM No.2, with the blended whisky finished for 12-16 months in the ‘ex-wine spirit’ casks. To create the smoky notes of the name, they then add two smoky whiskies before marrying the whole lot in third- and fourth-fill casks. 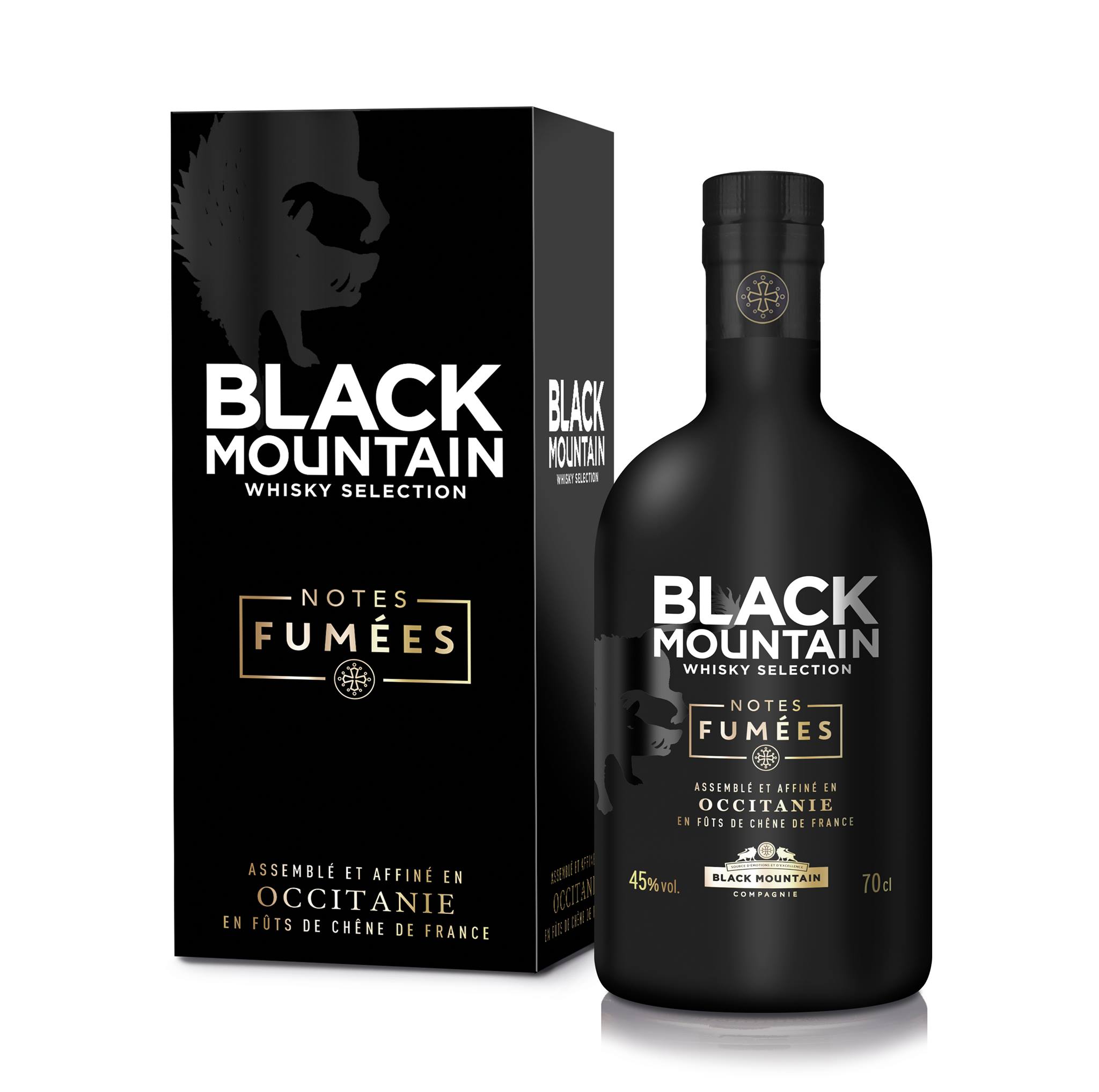 Nose: Soft, sweet and creamy, but with something coastal and smoky hiding at the back – coal fired stoves, sea spray and burning green leaves. Chocolatey and earthy peat gradually develops.

Palate: The sweetness again dominates to start, with candied lemons and and growing woody spice. However, smokiness comes up behind – coal smoke, sweet wood smoke and a sticky barbecue glaze. The smoke calms down and becomes integrated, revealing baked apples, sultanas and sweet cream.

An easy drinking smoky dram, although I fear Black Mountain may have missed the mark. This is meant to be an indication of things to come from their distillery, but they wanted a smoky rather than peaty dram, as French peat is hard to source. This definitely has a peaty earthiness along with the smoke, and while that makes it a better whisky, it may not be a key flavour in the whiskies they hope to make.

With the proposed distillery still at least 12 months away from reality, Black Mountain have a busy year ahead. Now all they need to do is transfer their blending knowledge into whisky making. There’s a place as one of the founders of the new wave of French whisky waiting for them if they can.