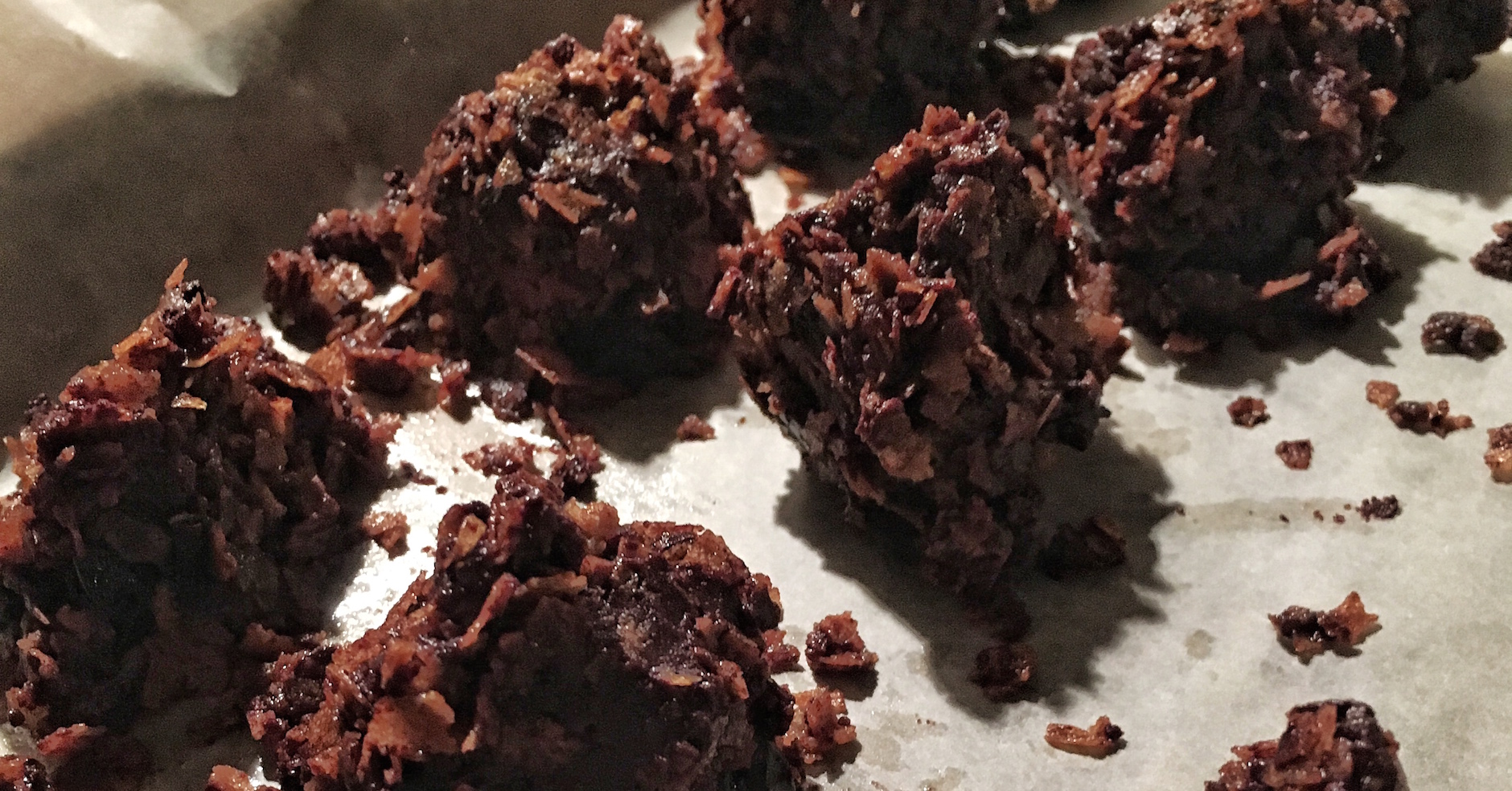 When it comes to adding whisky to chocolate, the default serving method seems to be balls. From the canonical whisky truffle (all hail Delia) to the infamous WhiskyCast Bourbon Balls, when you combine whisky with chocolate you usually seem to end up with something spherical. But what about those of us with a minimal arts and crafts skills? Old Pulteney have our backs, with a recipe for Bitter Chocolate, Freeze Dried Cherry & Whisky Clusters. Aka Pulteney Balls.

The recipe is their latest collaboration with shiny-domed chef Aiden Byrne, and appeared on my doorstep as a surprise Christmas gift: a bag of seemingly unconnected ingredients with a recipe card hidden at the bottom.

Melt your chocolate slowly in a bowl over a pan of water (St Delia to the rescue) or in a microwave if you haven’t recently broken yours and are now using it as an occasional table in the middle of your kitchen floor. When melted, stir in the vanilla seeds and whisky. The recipe card says to add the whisky while the chocolate is melting, but that made my chocolate seize and go grainy, so I’d go for adding it after you’ve removed it from the heat. When the chocolate has cooled a bit, stir in the feuilletine and cherries.

Using a spoon, scoop out ‘bite-sized nuggets’ (they mean balls) and place them on a greaseproof paper lined tray. Make sure these aren’t too big – standard truffle ball size is big enough. Once you’ve become frustrated that they keep falling to pieces, have resorted to fashioning crude balls with your hands, and have used up all the mixture, dust them with five-spice powder and stick them in the fridge.

They will cool alarmingly quickly in the fridge and turn into dense lumps of flavour – this is why you don’t want to make them too big. After an initial hit of five spice, an intense flavour ride follows: sour cherry and fruity bitter chocolate, with a thick layer of whisky booze and fruit, and then a crunch of feuilletine. I thought they might be a bit over the top, but the post Christmas palates in the office lapped them up.

Next time, I’ll use a less intense chocolate, as the Blanxart was maybe a step too far. I’ll also make sure they’re a sensible size – if you need to bite them in half, your balls are too big.

Thanks to Old Pulteney for the Christmas care package.