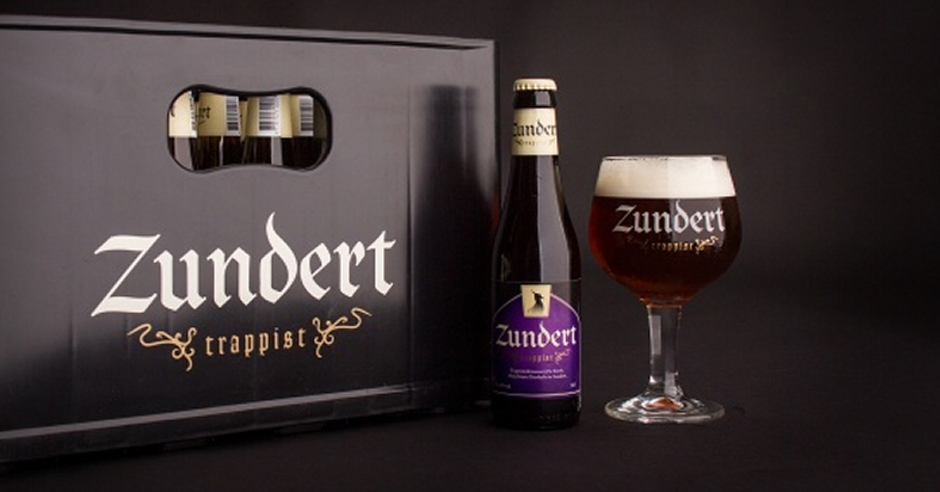 When it comes to Belgian beers, those made in the country’s abbeys are almost certainly the best known. Ask the average passer-by what they know about Belgian beer, and they’ll probably talk about strong beers made by monks. While many of the abbey beers have been around for years, one has popped up in the recent past – Zundert.

The image of monks making beer is part of modern culture: men in brown robes, making beer in a throwback to the middle ages. While the life of the modern monk hasn’t changed much over the past millenium, beer has – the technology used to make it, the way it’s drunk and the the way that the beer industry works. While the monks may have been able to keep much of the modern world at bay, the latest beer innovations are intruding, no more so than for the newest addition to the gang: Abdij Maria Toevlucht, brewers of Zundert.

Who are the Trappists?

The most famous group of monks still brewing today are the Trappists – members of the Cistercian order. The idea behind their beer is simple: they need money to survive, so they make something that people want, sell it, use the money to pay their bills and give anything left over to charity. Their motto is ‘ora et labora’, pray and work, and that is the order of importance – the work is there to allow them to pray with as little interruption as possible.

While there are 120 Trappist monasteries and convents around the world, not all brew beer. The Belgian abbeys are the best known – with St Sixtus’s Westvleteren regularly topping polls of the world’s best beers – but beer is also brewed at Spencer in the US and will soon be produced at Cardeña in Spain.

The modern world is not that friendly a place for a monastery, and it is becoming more difficult for them to fund themselves. Small-scale farming no longer sustainable, both from a financial point of view and also from a practical side – there are increasingly few younger monks who can perform the physical labour required. As such, they often turn to craft based industries, and as we’re in the middle of a beer boom, brewing is an obvious option.

Going by the story of the most recent certified Trappist beer, it’s at this point that the modern world firmly makes its presence known.

The journey to Zundert

The Abdij Maria Toevlucht started life on 24 May 1900 as a temporary home for monks displaced from their abbeys in France and Belgium due to the increasing secularisation across the region. Sat on the Dutch side of the border between Belgium and the Netherlands in the town of Zundert, the abbey was originally a farm, and until recently farming was the monks’ focus. As the monks got older, it became more difficult for them to look after their cattle, and they were eventually sold off, along with the land used to graze them. In need of cash they decided that they’d start brewing and become the makers of the newest Trappist beer.

Drawing on the the abbey’s connection to Abdij De Koenigshoeven (brewer of La Trappe and original home to many of the first monks at Maria Toevlucht), Westmalle (the closest neighbour, situated a few miles away over the border in Belgium), and the Dutch Beer Association, they started the process of designing a beer.

With no history of brewing at the abbey, they started from scratch with no traditions or restrictions on the style of beer they could brew. The plan was to make a single beer which was different to the others available from the Trappist Abbeys.

They brought in help from Henri Reuchlin of Bier Buro and started with a tasting. From Henri’s description of events, the monks were obviously starting from scratch – their first priority was deciding the colour of the beer. They went for copper and chose a traditional tripel-style of beer. The next step was building the brewery.

With the farm buildings no longer needed, they were the obvious choice to be repurposed into a brewery. They selected one of the old hay barns and built a very modern-looking, glass-walled brewery.

The brewery is deliberately over-supplied with capacity, starting at 3000 hectolitres/year and upgrading to 5000 after the first year – this allows the monks to brew less regularly and dedicate themselves to traditionally monk-y pursuits: praying, etc. They spend about a week each month actively brewing, leaving the beer to ferment for the rest of the time.

With the brewery built, first batches beer brewing and a label designed – a very careful design that evokes old-school Trappist beers and the brewery’s heritage while at the same time being quite modern – there was one step left: authentication as a Trappist product.

The International Trappist Association and authentication

While any Trappist abbey can make beer, they can only label it as Trappist if they get the approval of the International Trappist Association (ITA), the guardians of the Authentic Trappist Product (ATP) badge. The ITA has ancient roots and is the modern incarnation of cross-abbey councils of the middle ages which helped the monks share their knowledge.

These days, they are a more bureaucratic organisation, both assisting the monasteries and chasing down anyone who attaches themselves to the Trappist name without permission. The ATP mark is the tool they have to guarantee to consumers that products fall within the official definition of being Trappist:

1) They are made within the walls of or in the vicinity of a Trappist monastery.
2) The monks have decided how the things will be made and the business is conducted in a manner that is compatible with monastic life.
3) The profits from the sale of the items is used to support the monastery, with any extra money given to charity.

It’s not only beer that takes the mark, with cheese, wine, bread, honey and chocolate also on the cards – there’s a list of the current mark holders on the ITA website.

Granting of the ATP badge is not guaranteed, and the abbeys produce many things which don’t have the mark. In some cases this will be due to them not having applied (I suspect their customers don’t need it to guarantee the provenance of yeast tablets and ‘liturgical items’), but also because the rules are quite strict and require years of checking before the badge can be granted.

Zundert managed to bypass a lot of the red tape by working with the ITA right from the beginning of the project – ongoing consulting pretty much guaranteed that the ATP badge would be granted. Even so, the first batches of Zundert had a gap on the label where the badge would later go. The final hurdle was a taste test of the released product: it passed and the badge is now on every bottle produced.

Despite the original intention to create something different to other abbey beers, Zundert doesn’t fall far from the tree. It’s quite a typical tripel, although with more fruit and sweetness than expected.

Nose: Fruity toffee and cake spice (soft nutmeg, mace and clove). Green and grassy run through the middle with a background of musky honey.

Palate: Sweet fruit at the front – raisin and sweet white grape with floral touches as the beer warms up – leading to a fruit cake centre with green leaf bitterness and balanced candied sweetness. As it warms up, the candied notes grow, revealing Haribo and barley sugar.

The operative line from the International Trappist Association website is this:

The whole process of production…must be in accordance with the business practices proper to a monastic way of life.

According to Manu Pauvals from the ITA, this is key: the production of goods for sale by Trappist monasteries should be done solely for reasons of allowing the monastery to fund itself, and should do so without exploiting the monks or their image.

This is why you don’t see the Trappist abbeys using pictures of happy monks quaffing beer in their advertising, and why much of their label design and general public appearance is low key. However, the commercial pressures have intruded on Zundert:

The ITA need to approve of a Trappist breweries advertising, and if they don’t they can make their displeasure known easily, as the ATP badge needs to be renewed every five years. However, the ITA is a modern organisation and understands the wonders of branding and the power of a picture of a happy monk with a glass in hand – there didn’t seem to be any issue with the above image when we were shown it by consultant Henri Reuchlin at the European Beer Bloggers Conference, with Manu Pauvals sat feet away.

While the monks at Abdij Maria Toevlucht’s decision to start a brewery for what are almost certainly financial reasons does seem to detract from the tradition that runs through the older Trappist brewers, there’s another line on the ITA website that brings home what it’s all about:

Brewing is a means to an end, which the monks and ITA understand, and they are willing to make concessions to the modern world. If that means selling out a bit, then so be it – the monks will be able to continue being monks. And in the end, that’s what it’s all about.

Thanks to the folks at Zephyr for organising the final European Beer Bloggers Conference and hosting the session on Zundert.