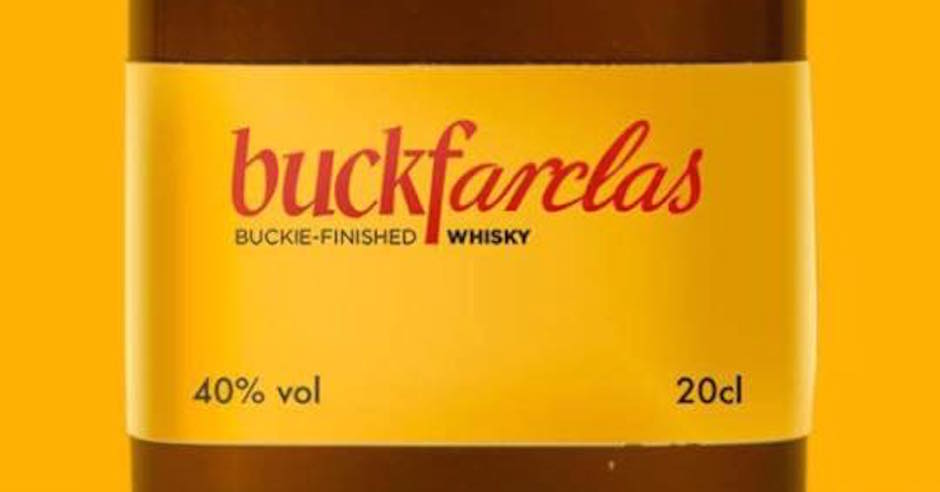 So, this here blog has turned seven. Well done blog, fallow as you are for much of the year due to me being busy and lazy. On Wednesday this week, the actual birthday, I was running a Whisky Lounge Blind Islay Fury whisky tasting, which seems appropriate, but I celebrated with a silly beer on Friday, and now I’m in the pub after running another whisky tasting, it’s time to write about it – a special bottle of Loch Ness Brewery’s Prince of Darkness.

It’s sad when breweries disappear, and even more so when you’ve met the folks behind it. However, it seems that the Loch Ness brewery is no longer. After some HMRC-related shenanigans they disappeared overnight, and though the name and some of the beers live in, the brewery is gone.

I found out on Friday night, after posting a picture of my blog birthday celebratory beer. It was something particularly silly, and one of a very small number of bottles in existence: Loch Ness Prince of Darkness, barrel-aged in the Fiddler’s Loch Ness Buckfarclas cask. Fiddler’s boss man Jon Beach loaded me down with Loch Ness brewery goodies when I visited him back in 2014, including a couple of these, which were bottled straight from the cask at the Loch Ness brewery – we would have bottled more than just these two, but they were out of bottle caps…

Prince of Darkness is the Loch Ness imperial Russian stout, 10% ABV and wonderfully evil with it. They had a range of cask-aged variants as well, and I have Highland and Islay cask versions waiting for an appropriate occasion, but Jon decided to take things further and stick some in the little cask that he kept on the bar at Fiddler’s. He has informed me that the previous occupants of the cask were Glenfarclas and Buckfast, a winning combination.

The beer is opaque – my phone torch barely gets through anything more than the meniscus – and has a touch of Marmite and Bovril on the nose. In the mouth, it veers from huge berry sweetness to milk chocolate, to espresso, to blackcurrant milkshake and sweet coffee, before finishing on huge roasty bitterness. It does have a bit of that ‘this might have been better last year or next year’ prickliness, but it’s still fairly immense. My second bottle will hide away in the cupboard, waiting for an occasion when I can repatriate it north of the border. Thank you Jon – I owe you all the beer.

So, the blog will continue, if sparsely. I even have a piece that I’ve had in draft since the summer, waiting for me to collect enough round tuits to post it. But in the meantime, I will raise a glass to the Loch Ness brewery – lost but not forgotten. The brand’s been picked up by a local businessman and the beer is still flowing, although now brewed at the Cairngorm brewery in Aviemore, so I should still be able to find a bottle of Hoppy Ness from time to time. All is not lost.