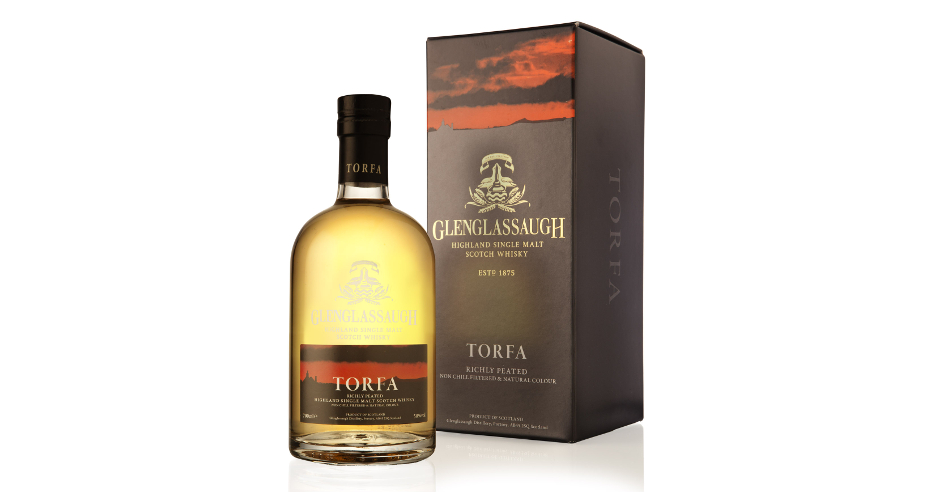 Glenglassaugh is a distillery I have a love/hate relationship with. Their older drams are marvellous, with not only their own releases but also those from the Scotch Malt Whisky Society consistently punching above their not inconsiderable price. However, since reopening in 2008, their new whiskies have not made me a happy man. But, in my whisky pile was a sample of Glenglassaugh Torfa, so it’s time to give them another chance.

From 1986 until 2008, Glenglassaugh was silent. It was a dead distillery and there wasn’t much hope that it would distil again. However, a private investment company stepped in and restarted production. Popular releases followed, including various ‘spirit drinks’ showing the distilleries new make in various stages of maturation, and from the stories I’ve heard, the company changed hands a couple of times. Then, in 2013, a new player entered the ring: The Benriach Company. Billy Walker and chums bought the distillery, making it the third in their portfolio after the titular Benriach and fan-favourite Glendronach. Things bimbled along until earlier this year, when Brown-Forman, makers of Jack Daniel’s, stepped in and bought the group for £281 million.

Since then, things have remained on an even keel, with Billy announcing that he would hang around until his imminent retirement, and son Alistair continuing as sales director. However, in the past week, rumours have surfaced that Alistair has resigned, and fans of the three distilleries in the portfolio are now starting to speculate about the future. So far, Brown-Forman have seemed content to let them continue as they were, with the latest release of single casks from Glendronach attracting the usual amounts of online fuss and immediately selling out, but could this be the beginning of the end?

Anyway, Glenglassaugh’s first release since reopening appeared before the Walkers appeared on the scene – Revival. A whisky showing what they’d achieved since the 2008 reopening, first bottled in 2012. I hated it. Young, under developed and not fun to drink. Around the time of the Benriach acquisition, Revival was followed up by Evolution, of which I was also not a fan. However, the next addition to the range was something a little different – Torfa, a peated dram.

Peated to about 20ppm according to The Malt Whisky Year Book, the barley is not as smoky as most. But as with all ppm numbers, it should be taken with a pinch of salt – fermentation, distillation cuts, maturation and many other bits of the production process all influence how a whisky is. There’s more to Torfa than its stats sheet suggests:

Nose: A little sweaty and bacony, but packed with sweet and candied notes behind that – Werther’s Originals, rhubarb & custards, those strawberries and cream boiled sweets that I can never remember the name of, fudge and good old vanilla toffee. With time, the sweatiness becomes more leafy, with spicy brown leaves and sharp green ones mixed up with a bit of bark and some earthiness.

Taste: Sour to start, with some on-the-turn butter, pine needles, pink custard and a bucket of burning leaves and flowers. That smokiness comes with rich earth, liquorice and fruity dark chocolate, continuing on through gravel to fresh fruit. Behind the smoke, apart from a pinch of vanilla, it’s all spirit, with sour orchard fruit and a hit of youthful heat.

Finish: A burst of farmyard muckiness (in a good way), leads to stony fire pits and stacks of burning peat – medicinal, pungent and rich. That calms down to more of the turning butter from the nose, baked apples and some spice, which hangs around until things die away.

I’m quite surprised by how much I like this. It reminds me a bit of the youthful Ledaigs that I like so much, but without being quite so leathery and over the top. A solid smoky dram, at high proof and a good price. Let’s hope that Brown-Forman keep things going as they are.

I got the sample from my regular box from The Whisky Tasting Club, to which I’ve been subscriber for years and thoroughly recommend.

One Reply to “Glenglassaugh Torfa”