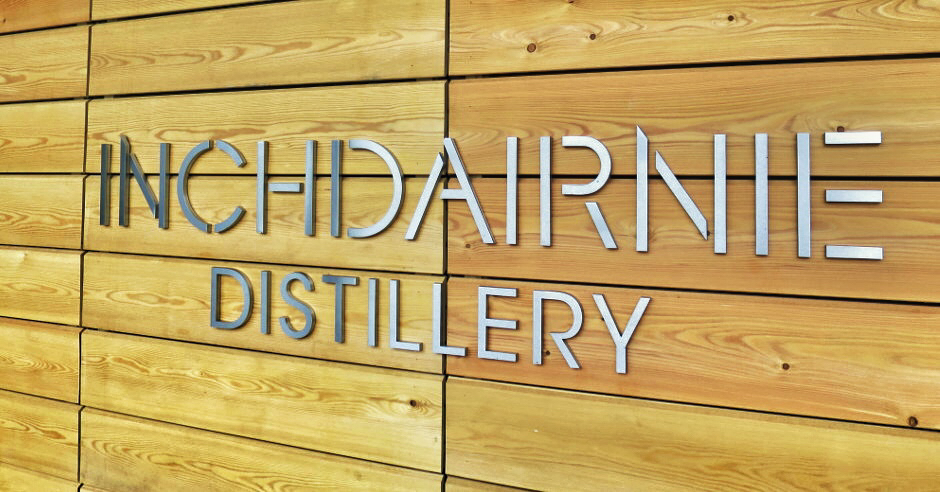 How times have changed. Even a few years ago, the opening of a new distillery in Scotland would be huge news, but with a new project being announced every couple of months, more recently the novelty has started to wear a bit thin. However, a new distillery that quietly started up without making a big fuss, and only revealed themselves after six months of operation? That’s something a little different. Introducing Inchdairnie Distillery.

The town of Glenrothes in Fife is a confusing one for whisky fans. While it shares a name with a distillery based in Rothes, it’s only in the past year that it has gained its own. Inchdairnie is at the end of one of the many industrial estates that encircle the town, on a large and mostly empty site that makes the distillery seem small – an impressive feat, as despite its quiet appearance on the distilling scene, it has a capacity of 2 million litres of alcohol per year, an output that puts it just in the bottom half of distilleries in Scotland by capacity. But with extension plans in place to double that as soon as cash flow allows it, they will soon be playing in the big leagues

Managing Director Ian Palmer is no stranger to large distilleries. Over the past four decades, he has worked across the production side of the industry, including stints as Distilling Director at Whyte & Mackay and as Managing Director of Glen Turner, the company that operates both Glen Moray and Starlaw, the first new grain distillery to be built in Scotland in more than 40 years. Ian’s work on building Starlaw set him up for his next challenge – Inchdairnie.

In 2011, Ian founded John Fergus & Co Ltd, named after the company that once owned the flax mill on the site on which he intended to build his distillery. However, plans changed, and while the project moved to the site that is now Inchdairnie, the name remained. It took years of planning and design, but the project to build Inchdairnie and start production only took 18 months, and spirit first flowed in December 2015.

However, that spirit wasn’t Inchdairnie new make. The plan is to have two distinct brands of spirit made at the distillery – Strathenry, the spirit first produced in December, and Inchdairnie, first produced in May 2016. The two makes are deliberately different: Strathenry is made with Scottish barley, while Inchdairnie only uses local grain from Fife; the yeast strains used in fermentation aren’t the same; and the cut points during distillation are different. Maturation and cask selection will also be different, as Strathenry will be sold to blenders – including Macduff International, who are an investor in the project – who have very different needs to those producing single malt. Inchdairnie will be saved for the distillery’s own bottlings. ‘The only way you’ll get to try Inchdairnie whisky, is if we put it in the bottle,’ says Palmer.

Ian’s background in the whisky industry has given him a very honest approach to the commercial realities of distilling. Strathenry and Inchdairnie will be produced in a 2:1 ratio, with the sales of former being used to fund the distillery’s own whiskies until they go on sale. This gives Inchdairnie the luxury of not having to rush the launch of their single malt, and while Ian is very careful not to be too definite with a date – to avoid people turning up on the distillery’s doorstep asking for a bottle before it’s ready – 2029 is being bandied around.

In the end, it’s down to Ian Palmer. He’s set out the distillery’s mission statement and balanced the commercially focused production of blending spirit against his own whisky, and found a way to make it work. He doesn’t talk about being the founder of the distillery, but instead he’s the managing director. He’s not setting up a legacy or a family business, he’s just making the whisky he wants to, in a way that makes the business sustainable.

Now that the obligatory week of launch events is out of the way, I suspect this is the last we’ll hear of Inchdairnie until they have a single malt to show us. The timer on the distillery’s website that counted down to the launch has been restarted – 13 years to go…

[You can find part two of this series, looking at production at Inchdairnie, here]

14 Replies to “Inchdairnie Distillery – Part One: Who?”