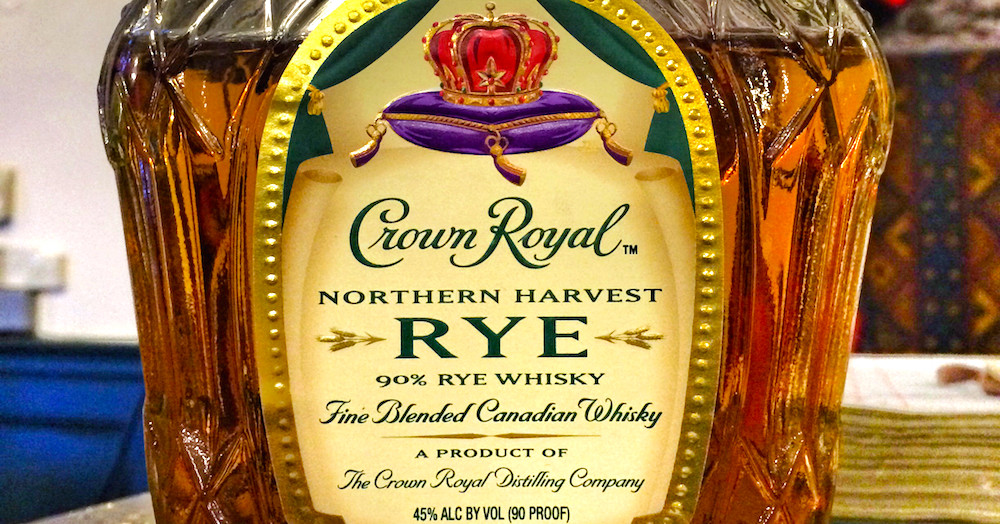 For those who aren’t aware of him, Jim Murray is a long-standing whisky writer who publishes a yearly Whisky Bible – one of the best-selling whisky books in the world – in which, on top of thousands of tasting notes and lots of awards, he names his top whiskies of the past 12 months. In last year’s book, the confusingly named Jim Murray’s Whisky Bible 2015, he created a stir by not having any Scottish whisky in his list of the three best in the world – Japan topped the bill. This year he expanded the list to four, and there was still no Scottish whisky.

In general, the online whisky community disagree with his opinions and don’t like him, and the regular public only hear about him if the press releases around the time of the release of his book pique the interest of major news organisations – last year declaring a Japanese best in the world did that; doing the same for a Canadian whisky this year hasn’t had quite the same effect.

I commented on Facebook the other day that I was tempted to write an article defending him. I’d read a large number of particularly personal attacks against him, with accusations that I significantly doubt to be true, and I was starting to get annoyed and tired of the tone of the discussion. I suppose this is that article. Ish.

I’ve never met the guy and have heard more bad than good, but at the same time have heard a lot of good. He’s opinionated and arrogant, with very strong views that are often at odds with mine and many others in both whisky fandom and the industry. However, he does know a lot about whisky and the whisky industry, can write pretty well, and is loyal and good friend, even more so if you like football and can overlook his love of Millwall.

I don’t think he’d like me if I met him, and I suspect the feeling would be mutual, but that doesn’t excuse some of the things I’ve seen said about him online – don’t be dicks on the internet, people: disagree with the man, but don’t descend to personal abuse. Unless you have a legitimate beef against him, which I know many people do.

Anyways, his World Whisky of the Year – Crown Royal Northern Harvest Rye. As he’s made claims about how bad Canadian whisky is in the past – including an admission in this year’s Whisky Bible that he was planning on demoting the country’s whisky from being a category in their own right due to a lack of good bottlings – it’s a shock that he’s got behind a whisky that many people consider unremarkable: a regular, easy to find – in most of Canada, at least – $30 whisky.

For those interested (ie. me) it comes with a cream-coloured cloth bag, rather than the regular Crown Royal’s purple sack.

Nose: Sweet, with toffee and fudge backed up by classic rye whiskey (yes, whiskey with an e) ‘spice’: clove, anise, mace and mint. That sits on top of liquified Danish pastries – a little bit of sultana, some vanilla and buttery pastry – and a hint of ground almond.

Palate: Still sweet, with the rye pushed to the back a little ways to start – butterscotch and mint toffees, with some sharper oak notes, herbal lozenges and green-apple spirit sourness. The rye slowly emerges as a more dominant flavour, along with direct sweetness – sugar dusted porridge and creme brûlée – but always returning back to the herbal/spice and sour fruit core.

Finish: Apples and apple skin fading to soft nutmeg and cinnamon, but not hanging around for too long.

As expected, it’s decent. The extra rye content (90%) bumps it up beyond Crown Royal’s regular output, giving an extra spicy dimension. But it doesn’t touch the output of Canada’s own Alberta Distillers, who, along with the Indiana’s MGP Ingredients – the artists formerly known as LDI – produce much, if not most, of the great rye whisk(e)y that’s sold in both the USA and Canada today.

So why does Northern Harvest exist?

Rye whisky is big at the moment, and while most Canadian whisky is called rye, most of the time it doesn’t contain all that much of the stuff. That makes the Northern Harvest something a bit different and fits in with the current overarching strategy of Crown Royal’s owners – Diageo, the world’s largest drinks company.

Across all of their various whisk(e)y brands, Diageo are currently doing a lot of brand extensions – adding new expressions to their lineups. Whether it’s Scottish whiskies adding no age statement bottlings to their ranges, with flavour profiles (and marketing) geared to attract new drinkers; the Orphan Barrel series, with its not-necessarily-justified courting of Stitzel-Weller fans; or the new Whiskey Union range of experimental drinks, they’re all about creating new products to bring in new customers or get their existing customers to buy more. The Northern Harvest Rye does that by adding another popular flavour profile to the range – it’s not the only new entry in the past few years – potentially giving consumers of regular Crown Royal a bridge to the higher end spirits that Diageo has in its portfolio.

Whether that justifies a Best Whisky in the World or not, there’s a lot more going on here than simply a man in a hat selling books.

Canadian whisky has been underdeveloped for years, but that’s starting to change: Diageo is expanding Crown Royal; Pernod Ricard have realised that they own Wiser’s; Forty Creek is now part of the Campari family after an expensive purchase; Beam-Suntory is developing Alberta Distillers; non-distiller producers like Masterson’s and WhistlePig are bottling Canadian whisky and doing really well in the USA; and smaller distillers are not only popping up despite a very difficult regulatory landscape – Canada’s licensing and duty laws are a nightmare – but they are also doing well and making great whisky, a situation that has not always been the case in Canada’s neighbour to the south.

I think Mr Murray has seen the way the wind is blowing, and while it could be that he’s hitched his cart to something akin to the Tequila/mezcal bandwagon of past years – the permanently stalled wagon that drinks people (myself included) keep claiming will ‘get going this year’ – I hope he’s on to a winner. All we need now is some way to actually get Canadian whisky over here in Europe, so I can see if the increasing praise is really deserved.