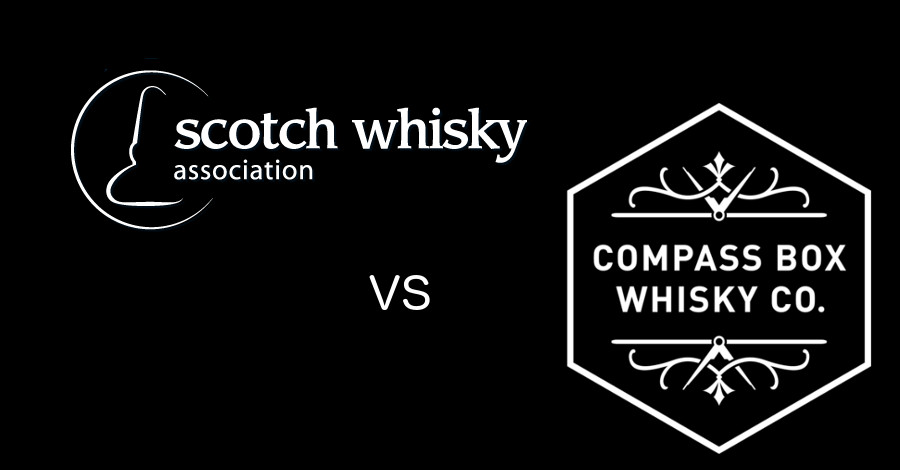 The internet rumbles along, and the whisky corner of it continues to froth about the despicable Scotch Whisky Association and its treatment of Compass Box.

I’m getting a bit bored of it, to be honest.

However, along with being bored, I’m getting increasingly annoyed by people not understanding what has actually happened, what the issues are, and what can be done. So, here’s my attempt at laying out the information, so that I don’t have to keep deleting Facebook messages which swear at people who don’t know whats going on.

Compass Box, boutique blender extraordinaire and bunch of really nice people, released information on their website and in printed marketing materials which gave the complete breakdown of the recipe of their latest couple of whiskies – This is not a luxury whisky and Flaming Heart 2015. This included the age of each whisky in each recipe, which is specifically forbidden by EU regulation.

The Scotch Whisky Association, protector of the integrity of Scotch whisky and enforcer of regulations, received a complaint from one of its members that Compass Box had contravened the regulation. It contacted Compass Box to let them know that the matter had been brought to its attention. Compass Box then removed the infringing information.

We know about all of this, as Scotchwhisky.com published a story about it, including quotes from John Glaser, boss of Compass Box.

What are the issues

The issue at the heart of the matter is that it is against EU regulations to mention an age when talking about a bottle of aged spirit – whether that be on the label, on the box, on your website, in your marketing or wherever – unless there’s only one age, and it’s that of the youngest spirit in the bottle. By listing the ages of all the components, Compass Box have broken the law.

The regulation exists specifically to stop the mentioning of components of a whisky in order to mislead the consumer – for example, saying that a whisky is a blend of 40 year old and 3 year old spirit, when it’s actually a large bucket of 3 year old with a teaspoon of 40 year old in. The fact that Compass Box is not trying to do this, and is giving enough information to ensure that you can’t accuse them of it, doesn’t matter – the regulation is still as it is, and the SWA have to act on the complaints of their members.

The next issue, is why the regulation doesn’t allow full disclosure, in a way that would allow Compass Box’s detailed information to be published without sanction. I’ve been thinking about this for a while, and it’s a much harder problem than it at first seems. There are three factors in my thoughts:

1) The way the EU law works, as far as I can tell, is that you can create regional variations that build on a law, but do not relax it. As such the regulations would either need to be updated with new wording to allow full disclosure or an amendment to allow an exception to the rule for Scotch whisky.

2) Drafting something that explains exactly what you have to reveal is hard. Do you have to include all of the distilleries that are in a recipe? What if the distiller doesn’t allow their name to be used on third party bottles? Do you have to include a list of every cask type? What about ABVs? Cask provenance? What if you don’t have full information on one cask in a vatting, can you reveal info about all of the others? How many decimal places do you have to list percentages to? Do you have to list total amount of liquid produced, or just number of bottles? How do you define ‘number of bottles produced’ – does it include those used for sampling, or just those sold? And so on, in a deliberately tedious fashion.

I have no doubt that it’s quite possible to put together, eventually, a regulation that would satisfy whisky consumers, but:

3) No one cares. Well, not no one, as I’m writing about this and the internet is still baying about it a week later, but hardly anyone. The issue of breaking the regulation comes up a couple of times a year, for bottles that are a tiny fraction of the whiskies produced. What’s more, most whisky consumers don’t care. We, the people who drink whiskies from the sort of companies that would give complete breakdowns, are a niche within a minority.

In order to change the regulations, the Scotch Whisky Association and others would have to lobby the EU, a long and tedious process for such a tiny amount of concerned people. However:

What can be done

Who cares how much effort it would be? Not I. If you want to see the regulations changed, then let people know. Don’t just shout at the SWA in an uninformed fashion, after getting upset from reading the titles on Facebook posts. Read up on the issue, contact the SWA and its members, and tell them that you think the regulations should be changed.

As a head start, go to Scotchwhisky.com and read their open letter to the SWA, which breaks things down and gives a first shot across the industry’s bows. It also has a list of the SWA members at the top, so you know who else to contact.

Most people don’t care about this, but if you do, do something. Just make sure you know what you’re fighting for before you start fighting.

Also, the latest Village of the Drammed, me and Jason‘s whisky podcast, talks about it. Warning: contains rambling.

S3E3: Compass Box, The SWA and two men talking rubbish on a podcast

59 Replies to “Compass Box and the SWA: what’s happened and what can we do?”