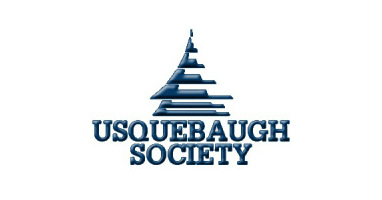 Releasing a single cask whisky is much more work than people often imagine. It’s hard enough for a company that specifically sells single cask whiskies, but for a whisky club it can be a stupid amount of hassle. So, when you’re doing one, you might as well do another. Right?

Here’s some thoughts on the second bottling the Usquebaugh Society did for their recent 25th anniversary, the crazy fools – a single cask Glen Garioch 1990.

The whisky was distilled on 24 March 1990 (the day of my brother’s 9th birthday – happy birthday Tim!) and bottled on 12 May 2015, just over 25 years later – the same age as the Usquebaugh Society. Sjoerd, editor of The Kiln, the Usquebaugh Society’s newsletter, has some more details of how they chose it over on his blog, but in short: they got 40 club members together, gave them three samples to try, and they chose the Glen Garioch.

The whisky is bottled by David Stirk’s Creative Whisky Company – a gang whose releases I would recommend seeking out, as they have some clue when it comes to whisky – at a cask strength of 56.7%, still quite punchy for 25 years old.

Back in 1990, Glen Garioch was a different beast to today: Morrison Bowmore – the owners – hadn’t been bought by Suntory yet, they were still using peated malt to make their whisky, and they were using their waste heat to warm up greenhouses full of fruit and veg. In 1995, Suntory appeared, temporarily closed down the distillery and rebuilt production from the ground up – new fermentation schedules, a different distillation regime, no smoke in the malt and, a few years later, no more greenhouses.

The change is not necessarily a bad thing – I’ve had some excellent old Glen Gariochs and some equally good modern ones; I’ve tried a 1980s distillation that was more packed with flowery, soapy notes than the worst Bowmores of the same era, and some recent indie bottlings that show-off how good young whisky can be. Glen Garioch is different these days, but still make decent whisky – seek out the old ones while you can, but rest assured that there’s still some good stuff coming down the line.

Anyway, what about the Usquebaugh Society 1990:

Nose: Very pokey, jumping straight out of the glass and straight up your nose. It’s sweet and nutty, with intense toffee, pink shrimp sweets, peanut brittle, hazelnuts and almonds. There’s a background of brown sugar sweetness, really sweet apple juice (from concentrate) and some sappy oak with a touch of smoke.

Taste: Sharp and woody up front – like chewing a stick of liquorice root. However, with a bit of time in the glass it gets much more approachable. Give it a couple of minutes, and the woodiness calms down into cinnamon spiced apples, and polished and perfumed oak with a touch of bitter barrel char. There’s a touch of dustiness, but also layers of elegant wood – sharp and sappy, old and dark, and sweet and smoky. A drop of water opens things up, stripping back the wood to reveal baked apples and gummi sweets.

Finish: Initially fudgey but quickly overtaken by sharp apples and sweet sultanas, before fading through liquorice and fragrant oak to lingering green leaves.

The cask has definitely had its way with this dram. While there’s a whiff of smoke and char in the background, it’s all about wood – sweetness, spice and a little bit of dustiness. Water opens things up, but it’s still a bit woody for me. If you like elegant oak and are happy to add a drop of water to your whisky, then this is a dram for you. Especially, as they’re doing it for the rather good price of €99 – there are still a few bottles left over on the Usquebaugh Society website.

4 Replies to “Glen Garioch 1990 for the Usquebaugh Society”