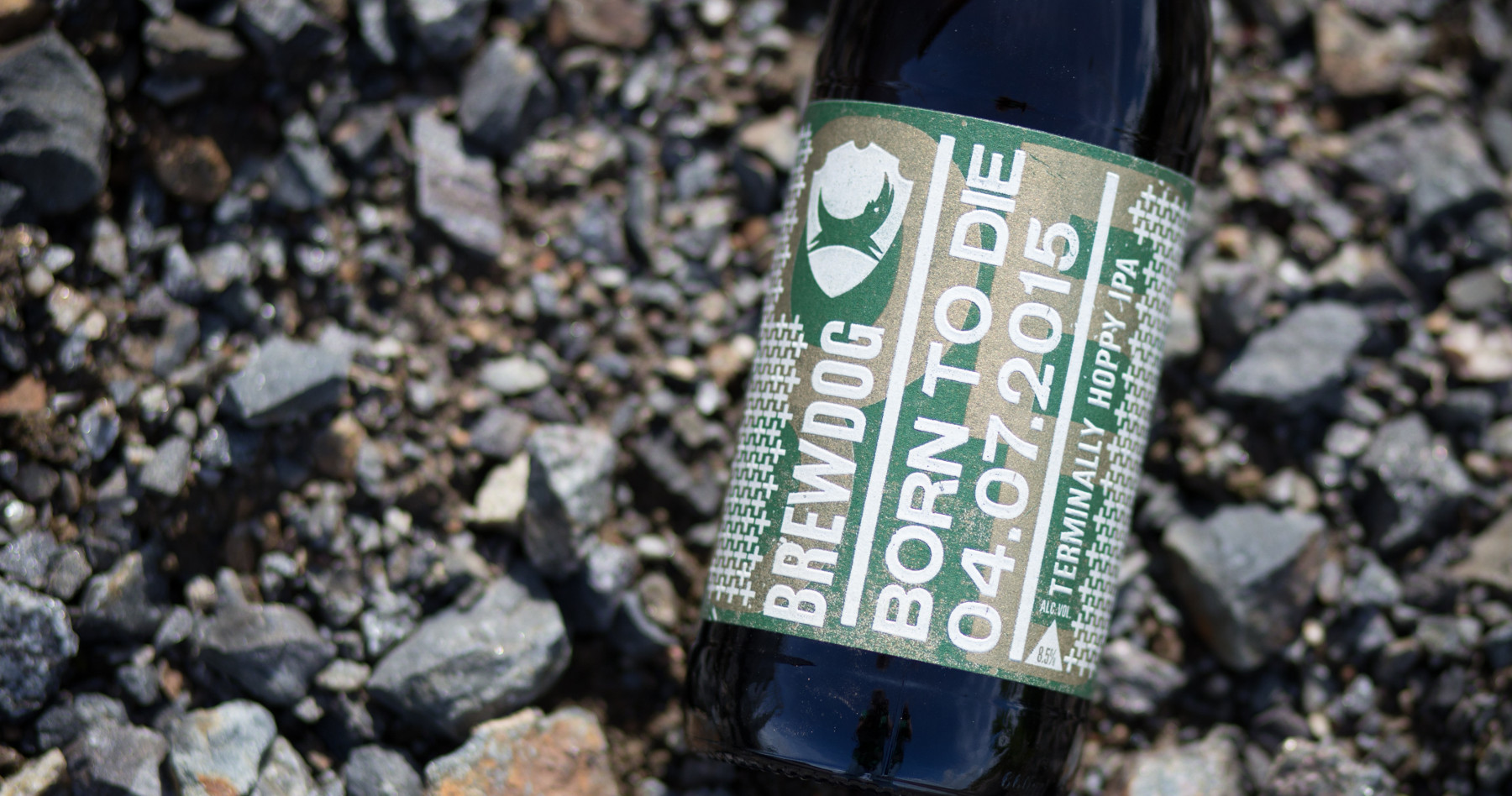 Best before dates are a strange thing in the beer world. The law in the UK ensures that brewers put a date on their bottles, but for the most part it’s an entirely made up number that can be happily ignored. However, it seems that BrewDog have jumped on the fresh beer bandwagon and embraced the BBE with a new IPA: Born to Die.

Subtitled with its best before date – 04.07.2015 in the case of the first batch – and brewed 45 days beforehand, it’s a beer that’s meant to be drunk young. In recent times, the emphasis from the craft beer world has been on letting beer age, with dark and strong beers happily sitting in their bottles for years before drinking, and proper lagering of lighter beers being the norm. However, hoppy flavours are unstable, and can quickly disappear after bottling, and in these days of super hoppy beer, the disappearance of hop character is far from desired, so fresh beer makes sense. Pubs are installing beer tanks, regularly filled by brewers big and small – from Budvar and Meantime to Firebird – and the freshness of the beer is becoming a selling point.

Unfortunately the concept of fresh beer is tainted in my brain by two things: the commercial reality behind the selling of fresh beer and the fact that Budweiser have been championing the idea for a while. Both points are tied together, as Budweiser is nothing if not driven by purely commercial factors, and it’s at least in part about pushing sales. If a beer has a best before date that is close and trumpeted, then punters will hopefully flock to it, and it will shift quickly – a good way of pushing revenue through a specific line of beer. The challenge is to produce as large an amount as possible, that will still all sell before the cut-off date. Working that amount out is a challenge of demand prediction that I wouldn’t have the first idea of where to start with, but I suspect the BrewDog team have some skill in that area. And if they make too much, I expect to see it for cheap in their online shop on 5 July.

Taste: An initial bitter hit gives way to sweet and sour fruit – apple, pineapple, unripe mango – and then mulchy green leafiness. There are some dried herbal touches and a hint of mint, as well as reminders of the initial fruity hit, but it mainly stays down at the green and bitter end of things.

Finish: Green and bitter, but with a sweet peach yoghurt hint gradually floating up from the depths, before crashing back into bitter leaves. It hangs around for quite a while, with musky hints and occasional fruity touches.

They describe it as ‘bitter as hell and super dry’ on the label, and I half agree with that – there’s still enough sweetness in the beer to carry it, and the fruity hop flavours help to balance out the accompanying bitterness. This is definitely very fresh, and I can see it dying quickly in bottle, a situation that I have experienced too many times with beers that I have left on the shelf, waiting for a special occasion. While I can see some money-making machinations behind the scenes, I will happily allow it if this is the outcome.

Born to Die in bottle is a step away from a perfect new-skool IPA for me, dipping just below the amount of fruitiness that I’d like, but on tap it’s even closer. Fortunately, there’s a month to go before the fairly arbitrary ‘this beer is dead’ date, so I’ll be looking to fit in a pint or two before it goes away. There’ll be another batch later in the year, and hopefully it’ll be up to the same level of quality as this first one.

Many thanks to BrewDog for sending over the sample bottle.