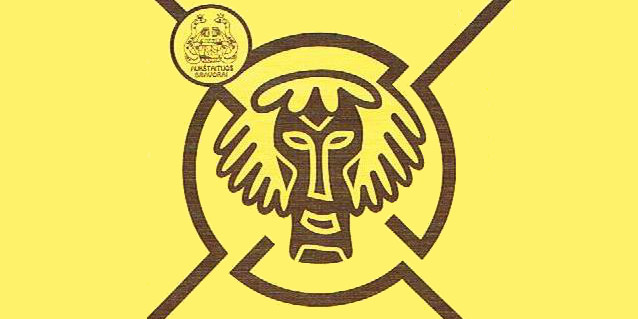 When it comes to the beers of Europe, we’re getting better at importing them into the UK. One spot that I’ve only seen a few beers from is Lithuania, and I only saw those in one shop around the corner from a flat I lived in many years ago – the shop changed hands a number of times, and the Lithuanian beer disappeared close to a decade ago. I popped in the other day to see what part of the world they were now focusing on, and it was all about the Baltic again: they had the entire Baltika range and a few Lithuanian beers, including a pair from Taruškų alaus bravoras, the Taruškų beer brewery: Kanapinis Šviesus and Tamsus Alus, Cannabis Light and Dark Beers.

Taruškų are based in the north of Lithuania and are part of the Aukštaitijos brewery collective. They are four breweries – Taruškų, Butautų dvaro (manor), Kupiškėnų and Miežiškių, all based in the north of the country – who have joined together to try and keep traditional Lithuanian beer alive. To do this they all signed a manifesto, agreeing to five points:

Looking through the range, they stay away from the cold and fizzy yellow beers that are often seen through central Europe, and which they signed the manifesto to avoid continuing. From traditional feast ales, to local yeasts, to ryes and other interesting grains, they seem to be doing well. The Kanapinis beers are very much in that tradition.

Kanapinis is Lithuanian for ‘of hemp’, and the beers are both made with roasted hemp seed in the mix. Hemp is a very nutritious plant, and the seeds are particular full of goodness. If it wasn’t for the whole ‘cannabis gets you high’ thing, then it’d almost certainly be on even more faddy diet hitlists than it already is.

On the nose the šviesus alus/light beer has sweet caramel and roasted chestnuts, as well as some honey and and fresh malt. There’s also a bit of leafy greenness and spice behind the sweetness. On the palate honey dominates, with freshly milled malt and spicy sugar cookies. On the finish there are spicy hops, sweet grain and more honey.

The tamsus alus/dark beer was brewed second, driven by the popularity of the light, and has darker roasted malt in the mash as well. On the nose it’s even sweeter than the dark, with layers of caramel and sweet grain, as well as the roasted chestnuts of the light beer and some darker roasted notes. On the palate the sweetness continues, with some roasted bitterness providing a counterpoint. The sweetness is brown sugary, and there are some green leafy notes poking around the sides. It finishes with some roasted bitterness, and hangs around for a while, fading to treacle toffee.

The dark is significantly too sweet for my tastes, and the resealable nature of the litre bottle came in useful after the first glass. However, the light is a great, light, honey-flavoured beer, with lots of fresh grain and a pleasant lingering sweetness. The hemp seed adds a similar sweet and nutty flavour to the beer as chestnuts did to Bastarda Rossa, which I tried a while back.

Hopefully the shop still has a few more Lithuanian beers hiding at the back of the fridge for me to try. Unfortunately I suspect I’ll need to visit soon, before it inevitably changes hands again…