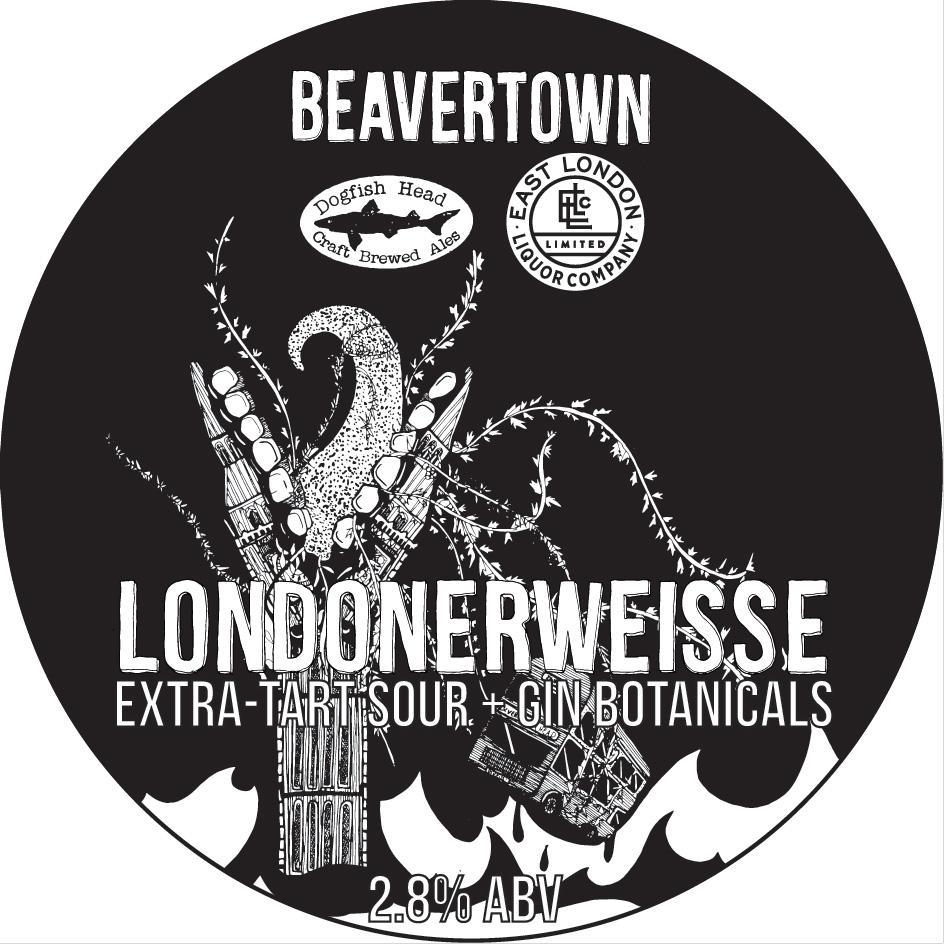 When it comes to my current state of booze geekery, there are a number of ticky boxes to be ticked to get me interested in a drink. So, when I came across a beer that is not only made in London, but is a sour, low strength, three-way collaboration that included a gin distillery, the amount of box-tickery was quite compelling. Step forward Londonerweisse from Beavertown, Dogfish Head and the East London Liquor Company. 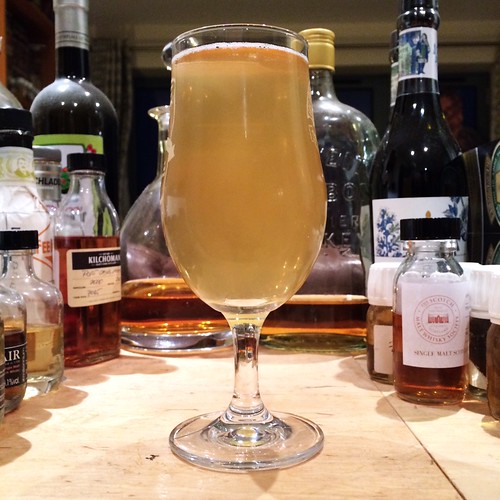 From what I can tell, the beer was brewed back in October 2014, when Dogfish Head boss Sam Calagione was visiting the UK. They’ve taken a bit from everyone, with botanicals chosen by the East London Liquor Company; yeast, lemon peel and hops (including Cascade, which they use in their own gin) from Dogfish Head; and the rest from Beavertown. In short, they infused it with juniper, fresh grapefruit peel and cubeb during the boil, dry hopped it with Darjeeling tea and then infused it with cucumber, pink grapefruit zest and coriander. It’s about as stupid as an over-the top new-skool collaborative beer gets, but novelty does sometimes work…

You can hear more from the folks who made it over on YouTube:

On the nose it’s quite ginny, with sweet and spicy juniper joined by some flat coriander, reminding me of a wheat beer, and a bit of cucumber – cucumber doesn’t really actively smell of much to me, but it does leave a strange gap, almost-like an anti-smell. However, on the palate it’s definitely a sour, with sherbet, lemon juice, grapefruit juice and briny touches. It finishes with lots of sour grapefruit, before coriander softness takes over, along with an almost minty herbal note.

I got mine as takeaway from BrewDog Shepherd’s Bush, where they had it on tap, and it’s lost a little bit of zinginess from the nose due to sitting in a growler in my fridge for a day, but other than that it’s still very nice. A light, refreshing, low-ABV beer, which still has a lot of flavour. I’m not entirely sure how well it works as a winter brew, but they’re also going to be ageing a load of it in red wine casks for nine months, so come autumn I think we might have something a bit more season-appropriate.

10 Replies to “Londonerweisse from Beavertown, Dogfish Head and the East London Liquor Company”