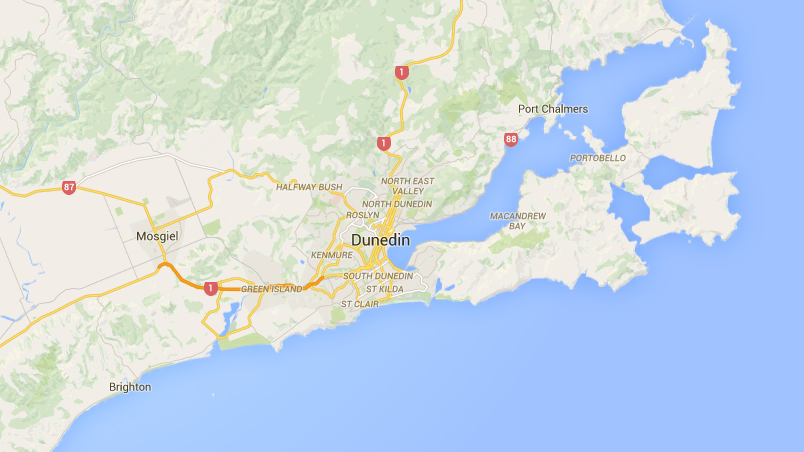 Amongst my pile of whisky samples there are a few that I don’t know much about. One of those is a whisky that arrived as part of the Whisky Tasting Club’s Whisky World Beaters pack, which has sat on the side for a while, waiting for an excuse for me to crack it open. I’ve not written much on here recently, but it’s now the new year and the time for hopeful changes is upon us – that counts as an excuse. So, what is Lammerlaw 10 year old?

A quick Google showed that I knew a lot more about the whisky than I thought. Distilled in New Zealand at the Willowbank distillery, this whisky is not easy to find these days, but there are a few siblings that have been making waves recently.

Willowbank was founded in 1974 by the Baker family in Dunedin, a town on the south-east coast of New Zealand’s South Island named after Dùn Èideann, the gaelic name for Edinburgh – there are more than a few people with Scots heritage in New Zealand. In the 1980s the distillery was bought by Seagram’s and they released Lammerlaw as a single malt, named after the Lammerlaw Range, mountains to the north-west of Dunedin and source of the distillery’s water. Seagram’s did a lot of reorganisation in the late 1990s and in 1997 they sold the distillery to Fosters, who mothballed it, stripped it and repurposed the stills to make rum. In Fiji. And that, for the time being, was the end of whisky production in New Zealand. A few independently bottled casks have appeared, including some from Cadenhead’s, but even with Australia’s forays into whisky production and a strong whisky drinking community in the country, New Zealand-made whisky was nowhere to be seen. Until recently.

The New Zealand Whisky Company has appeared in the past few years and, having bought up the remaining casks of Willowbank whisky, has started releasing them under a variety of names including Wilson’s, after one of the Baker family’s blends, but also the name that Cadenhead’s used for the distillery on their bottlings; Prestons, after the family who owned the casks before the NZ Whisky Company; and Milford, the name first used by the Prestons when they released some of the whisky as single malt.

They’ve also appeared on the global radar due to the use of the name DoubleWood on a couple of their whiskies. The folks at Balvenie weren’t entirely keen on the use of their trademark, but due to various fun registration issues, focusing around when the mark was registered in New Zealand, things weren’t totally clear as to who had the right to use the name. It’s all gone quiet now, so hopefully they’ve come to some kind of agreement, or Balvenie have at least thrown enough weight around to show that they’re protecting their trademark enough to stop it becoming the next Hoover.

The Lammerlaw 10 year old that I was drinking is part of the stock released by Seagram’s sometime before 2000, when they went out of business. However, I’m not sure how representative it is of other bottles of the Lammerlaw 10, as it looks a bit different: it’s very green. 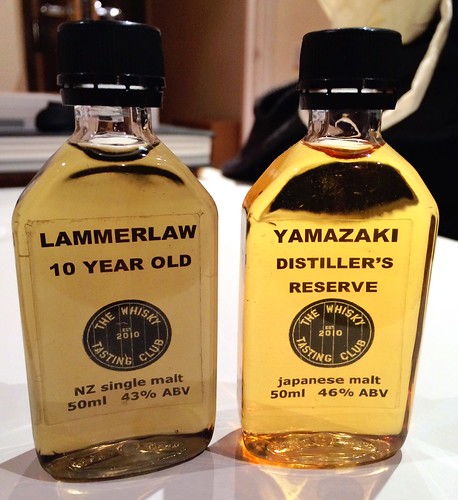 Nose: A combination of boiled sweets and throat pastilles to start – the green, slightly chewy gummi ones that taste of herbs. Medicinal touches, with liquorice root, tarragon, mint and grass. As it sits in the glass it picks up some oakier notes, with woody spice, vanilla and creaminess – peppermint fondants?.

Taste: The herbal notes come through, along with a background of dry oak. There’s sweetness, with a combination of sweet-but-sour gummi fruit, fondant icing and chocolate covered After Eight mints.

Finish: Refreshing, in a herby and minty way, with a touch of oaky spice lurking in the background. Almost like having a dram after brushing your teeth.

Entirely unlike what I expected and having spoken to Tony from the Whisky Tasting Club (asking if he knew were I could get a bottle), it wasn’t entirely what they expected either. Annoyingly it’s become very hard to find recently, very occasionally popping up for very reasonable prices in whisky auctions, as it’d fit perfectly into the next Whisky Squad tasting I’m leading – Uncle Billy’s Sweet Shop. Back to the drawing board…