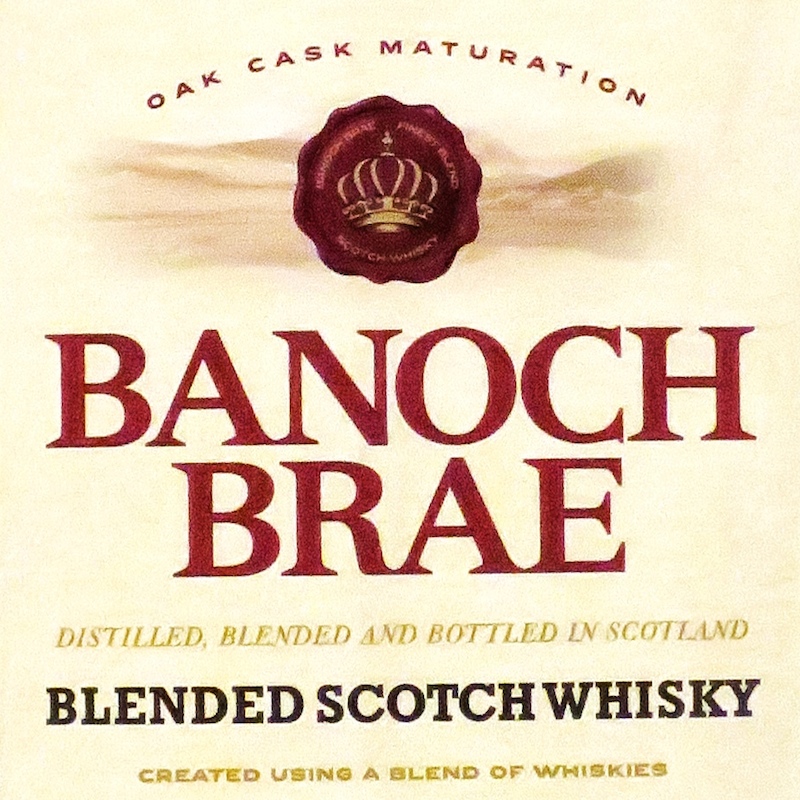 In recent times, the proliferation of whisky awards has had one strange effect that I didn’t predict: supermarket whisky is getting some recognition. The competitions operate in a simple way: companies send their bottlings in to be judged and then some (most?) are awarded medals. It’s a self-selected pool of whiskies that are eligible, as producers who don’t send in their whiskies don’t get a look in, and as the power of awards has increased, we’ve seen more shops send in their own-brands. I’d not heard of any of the smaller companies entering until a press release landed in my inbox announcing a silver medal at the International Spirits Challenge for Banoch Brae, the whisky bottled for Nisa.

Rather than being a Tesco-like big supermarket, Nisa is a co-operative of small grocers who have ganged together to get more buying power. Wikipedia tells me that originally NISA stood for Northern Independent Supermarkets Association and that there are now over 4000 stores now operating as part of the group. At that sort of size it makes sense for them to look into some own-brand spirits, one of which is Banoch Brae.

It’s a blended whisky put together by Quality Spirits International, a company who describe themselves on their website as being “a wholly owned subsidary[sic] of the largest independant[sic] Scotch Whisky company”, with “…Malt distilleries in Speyside, one of the most technologically advanced grain distilleries and a modern bottling facility with capacity in excess of 12 million cases per annum”. Add to that some searching online, which turned up one of the folks who (according to his Linkedin profile) started up the company in 1992, who has helpfully added “Wm Grants & Sons” after the company’s name, and we have a well known parent company. Grant’s have a solid history in bottling decent blended whisky – and they have Girvan, Balvenie, Glenfiddich and Ailsa Bay to produce at least some of the components – so Banoch Brae has some potential.

From digging around in the Intellectual Property Office database, it seems that the Banoch Brae trademark was registered back in 1991, and is owned by Cellars International Ltd, which appears to be the Nisa drinks division. For a blend with a potential 23 year history it’s not very well known, but such is the way of the small shop blends – I’ve started trying to take photos of as many of them as I can find and already I’ve found myself overwhelmed with the number of brands. However, Nisa haven’t sat on their laurels with Banoch Brae, with at least one recent rebrand (in 2003) and some image searching turning up at least two previous labels – 1 and 2.

In the spirit of showing off all of my googling, the name (although missing a second N) might mean Bread Hill or Peace Hill, depending on your opinion on the derivation of the Bannock in Bannockburn, and Bannoch Brae is a street in Dunfermline. I think my Uncle Geoff lives around the corner…

So, with a first International Spirits Challenge award under its belt, what’s it like? 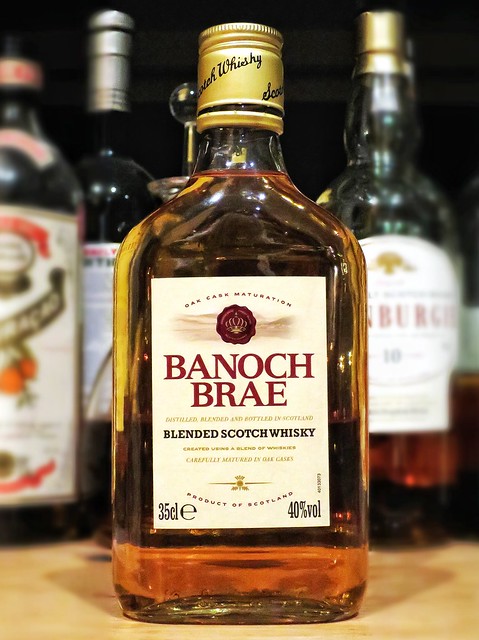 On the nose it has Victoria sponge cake, cinnamon, nutmeg, orange and toasted orange peel, salted caramel, baked apple, sharp Granny Smith, a little bit of leather and some plasticky notes – like leatherette left outside on a warm day. To taste it’s much lighter and the young grain much more noticeable. There’s some sharp apple and new-make-spirit grain up front, with sweet cream, nutmeg and lemon zest behind. It has a surprisingly long finish, with some alcohol heat joined by butter cream, sweet apples, golden syrup and some decent sponge cake vanilla.

It’s a dram that surprised me when I first had a sniff: for a bottom-shelf blend it has a pretty decent nose, with a good amount of complexity. Unfortunately, it fell apart on the palate, with lots of youthful spirit coming through and not much of the interest from the nose. Happily the finish helps buoy things up again, although not quite enough to save it.

At £12.85 for a 70cl it’s £1.35 more than the Tesco Everyday Value Whisky that I use as my baseline for own-brands, and 17p more than the Scotch Whisky Association’s ‘average’ bottle of whisky, this is not a whisky that’s aiming particularly high and it certainly beats the inoffensive Tesco blend. My only reservation is that while it does smell quite nice, the body is a little light to stand up to mixers, and it might not be the best ingredient for a whisky and Coke. Canada Dry or soda might work, but save your brown fizzy drinks for something a bit weightier.

Thanks to Zoe Lane at Campfire PR for the out-of-the-blue sample bottle.