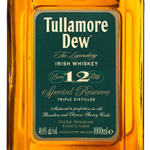 I’ve had a few of my closely held whisky beliefs shattered recently, which has opened my eyes to reexamining even more of them. In an initially unrelated incident, I realised I was out of everyday drinking whisky in the cupboard the other week, so I looked at the ‘coming up next’ shelf and chose a bottle that’d been sat there a while – Tullamore Dew 12 year old. It was one I’d been avoiding as I ‘knew’ that I wouldn’t like it, but, spoiler alert, I found that I was wrong.

My dislike from Tullamore Dew goes back a way. My mate Steve (hello Steve!) is a fan and when I tried the regular bottling at his urging I found it inoffensive but nothing to write home about, a bit like most other bottom shelf Irish whiskies. However, when the whisky was relaunched a couple of years back my disdain grew in stature to active dislike.

William Grant’s bought the Tullamore Dew brand in 2012 and while they are still using whisky distilled at Midleton, they are also building a new distillery in Tullamore to take over production in the future. There are quite a few distilleries opening in Ireland over the coming years, with this rather good article over at The Spirits Business listing a lot (if not all) of them, but the new one at Tullamore was one of the first major projects to be announced. For that I give the folks at Grant’s a lot of credit, but from then on things start to fail a bit.

Firstly there’s the rebranding of the whiskey. They have revived a bit of the history of the product and rechristened it Tullamore D.E.W., with the acronym being the initials of early distillery manager Daniel E Williams and the punning reason for the original naming of the whiskey. However, in doing so they’ve committed one of my primary sins of branding – introduced unnecessary capital letters. They also didn’t go very far with the rebranding at the time, seemingly only relaunching the bottom of the range Special Reserve. As such, the rest of the Tullamore Dew range, not often seen on the shelves in the UK, still kept the old livery until very recently, over a year later, when the newer bottles finally appeared.

Also on the brand front was their ad campaign, which made a big thing about being Irish, as you’d expect, and tied the brand in with the poets of Ireland. This included a slogan of “Glasses up to a terrible beauty”, using part of a well-known, repeated phrase from Yeat’s Easter, 1916 – “A terrible beauty is born”. In the poem Yeats examines his feelings about the Easter Rising, an unsuccessful rebellion against British rule that ended with the leaders being executed for treason. That’s really not the thing to use as a lead in to your new brand. I thought they’d realised and the campaign had gone away, only for it to pop up again recently, now that they have finally got round to finishing the rebranding process.

Secondly, and most importantly, there’s the whiskey itself. The Special Reserve isn’t a great whiskey. I went to a relaunch event and not only did the brand ambassador claim that Tullamore Dew wouldn’t give you a hangover (a point which was argued by a number of drinks journalists and tripped the automatic ‘drinkaware‘ switch in the brains of the retailers in the room), but he also gave us glasses of Johnnie Walker Red Label and Jack Daniel’s to compare to his product. Rather than the desired effect of showing off the whiskey (which is normally what happens when the same trick is done with Jameson at the end of the Midleton distillery tour), it instead prompted an entire room of experienced drinkers to reconsider the received wisdom that both Jack Daniel’s and Red Label aren’t particularly good.

After that history with the brand I wasn’t expecting much from the 12 year old. All I wanted was a cheap blend to maybe stick some ice in to help me unwind after a particularly busy week. I avoided the bottle of Special Reserve that sat on the shelf, a gift from the PR company on the occasion of the rebranding efforts starting, and picked up the 12. The bottle of 12 was likewise a freebie, sent around at the same time as the Special Reserve but with no seeming tie-in with the campaign, old fashioned livery and limited UK availability as it had at the time – another minus point in the Tullamore D.E.W. <shudder> copy book. 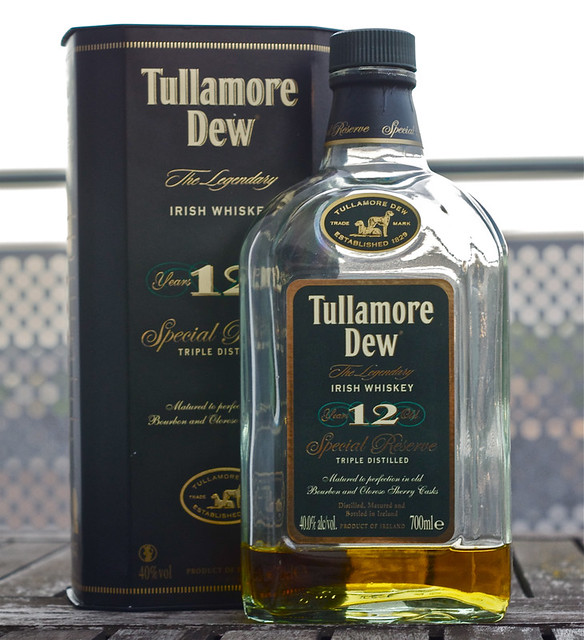 On the nose it was sweet and fruity, with stacks of the tropical fruit notes that you get from good pot still whisky – mango (both ripe and green), pineapple, dried papaya and gummi chews. Balancing that was some lemon cream, and a bed of dried fruit and crushed grain. It wasn’t all plain sailing, with a hint of harsh alcohol, but nothing to detract from the overall quality. On the palate it was rich and oily, with all the fruit from the nose joined by some sharp apple and a touch of spice – maybe a cinnamon syrup? The gummi was there too, with candied peel, cornflakes and a leafy green note behind. The finish was disappointing and short, with the fruit quickly fading, leaving behind a touch of bitter apple peel.

All in all a rather tasty dram. It moderated the over the top fruit that often gets a bit too much for me in some pure pot still whiskies, while showing a bit of spice without becoming too hot. I’m not sure if the newly rebranded bottling of the 12 year old contains the same formula as the older, but I hope that Grant’s have kept the recipe and will certainly be finding out.