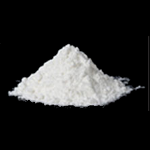 One of the rules of Facebook, and the internet in general, is that people post things without really looking into what they’ve posted. I do it quite often, but am also quite obsessive in checking out other people’s posts, as I am That Guy on the internet.

Over the last few days a bunch of posts have appeared about a product called Palcohol, a pounch of ‘powdered alcohol’. Most of them said exactly the same thing, linking to the TTB label approval (the system I wrote about in my last post) and mentioning that a page had once existed on their website containing inappropriate marketing messages. In usual fashion, I decided to do some looking around to see what I could find so that I could be Best. Here’s what I found.

First stop – the Powdered Alcohol Wikipedia page. Unfortunately, visiting Wikipedia the other night led to a seven hour spiral into the darkest depths of the human condition, leaving me with an in-depth knowledge of wrestling and martial arts forms from around the world, and an appreciation for the trials and tribulations of the Hart wrestling family. However, returning to Wikipedia this evening I’ve managed to find some actual information.

The way that many people reckon the new Palcohol is made (as they haven’t revealed their process publicly) is by finding an absorbent powder and mixing it with alcohol in such a fashion that it stays powdery. The process has been known for a while and if you want to try it at home then Popsci even has a how-to. Documentation-wise, there are several patents going back to the 1960s (Bode/Sato/Gen Foods Corp) and California has even had a regulation in place to govern the taxing of powdered alcohol since 1978. However, there have been a number of improvements and modifications along the way, to make a better powder. Comments on Palcohol’s site suggest that they’ve improved things to such an extent that they can lock away so much alcohol in their powder that they’ve had to add bulking agents to ensure that the powder isn’t too strong and discourage people from snorting it…

Next are the label approvals themselves. You can find them in the public COLAs database – there are seven of them, including two vodka variants and two rum variants, which I suspect are potential alternate labels depending on what base spirit they obtain: Vodka 1, Vodka 2, Rum 1, Rum 2, Lemon Drop, Cosmopolitan, Powderita. There’s also a Mojito flavoured one mentioned on the Palcohol website, but that doesn’t seem to be in the approval list. From the reverse of the labels you can see how you’re meant to drink them – open pounch, add water/mixer, stir until dissolved, drink.

Searching around a bit more turns up a post on the Lehrman Beverage Law blog with lots of links and the latest update – as of yesterday the folks behind Palcohol surrendered their newly obtained approvals at the request of the TTB. According to the Palcohol front man, Mark Phillips:

“We have been in touch with the TTB and there seemed to be a discrepancy on our fill level, how much powder is in the bag. There was a mutual agreement for us to surrender the labels.”

This sounds like a twist on the thing I’ve been trying to work out – how alcoholic are they? The labels list the alcohol by weight as 51%, the alcohol by volume as 10 or 11% and the pouch contents as 100ml. The instructions say that you should mix the powder with 5 ounces of liquid, to add a final confusing unit to the mishmash. Here’s my guess:

This approximates having a 25ml shot of vodka in a 250ml glass of vodka & mixer, which is about the level I’d expect. However, as the two alcohol levels written on the front aren’t particularly representative of the final desired product, I suspect that had something to do with the surrendering of the label approvals.

So, for now it looks like powdered alcohol will not be hitting the mainstream US drinks market, but I suspect this won’t be the last we hear of Palcohol.

Update: Mark Phillips has released a video talking about Palcohol and the reaction to it: