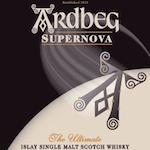 Update: The Supernova 2014 has now been properly announced, and is being released (at least in Europe) on September 12th 2014. Oliver Klimek has some tasting notes and details up on Dramming. Rambling about other vaguely related things follows.

Something that’s popped up while speaking to m’colleagues recently is our lack of ability to see the future. There seems to be an assumption from drinkers that those who work in the booze industry, especially retail, know all the news from the industry. While that’s flattering it’s not particularly accurate, with hundred of new products appearing across the booze spectrum each month it’s quite hard to keep up with all of the new releases. Fortunately there are a number of tools that help us seem a little more informed, one of which is courtesy of the US government – COLAs Online.

The Alcohol and Tobacco Trade and Tax Bureau (TTB) are the USA’s gatekeepers to the world of booze. Amongst their various functions is that of label approval, something that is helpful to the whisky geek searching for a virtual crystal ball. Some Time before a booze is released in the USA, the producers will submit the label to the TTB to ensure that it meets federal guidelines and receive approval, a Certificate Of Label Approval – COLA.

This being the 21st century, it’s all now done online, and the folks at the TTB provide a useful tool to search through the various approvals – COLAs Online.

As Sku has recently written, a COLA doesn’t mean that a bottle is going to appear in exactly the form that the approval shows, or even at all, but it’s a good indicator of what’s on the horizon.

For example, I was wondering what Ardbeg were going to do this year for Ardbeg day so popped over to COLAs Online every now and again to search for Ardbeg. I’m far from the only one who does this (with the aforementioned Sku doing it regularly), and earlier this year the label for the upcoming Ardbeg Auriverdes, their Islay Festival and World Cup tie-in special release, popped up, breaking the news a good while before LVMH started their recent press campaign.

The writing of this post was inspired by the most recent bit of breaking news, approved a few weeks ago on 8 April – Ardbeg’s Committee Release for this year. Other than in 2007 and 2013, the distillery has released as special bottling exclusively available to those signed up to their online fanclub – The Ardbeg Committee. These have often been pre-release versions of whiskies that later went on to be generally available (often with exactly the same liquid but a slightly different label) or have been slightly less exclusive than the term ‘exclusive’ might suggest, but they have certainly been popular – the Ardbeg Alligator, the penultimate release, sold all of its online allocation of 6000 bottles in a few days, and the remaining 4000 (that went to Sweden and the USA) didn’t last much longer.

However, with Auriverdes appearing on May 31st, I suspect it’ll appear in the summer, to keep the hype-machine rolling along. If they’re doing things as they have in precious years, the ‘limited’ Committee Release will be followed by a general release in the Autumn. However, for actual facts we’ll have to wait.

As an aside, the TTB’s FAQ contains some incredibly specific questions that almost certainly don’t fulfil the F part of that acronym.

4 Replies to “Ardbeg Supernova 2014, COLA and the power to see the future”