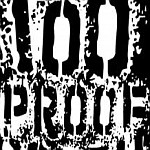 I shouldn’t be allowed to use the internet. An offhand comment can lead me into an obsessive bout of searching and the combined evils of Wikipedia and Google Books can lead to danger.

When Peter Lemon of The Casks innocently wondered on Facebook why US Proof is double the alcohol by volume percentage rather than the old British measure of about 1.75 times, he probably didn’t realise what he’d done. The seed of research was planted, and here’s all I now know about proof.

Firstly, some caveats: I am English; I am not entirely certain how the US government works, despite having seen the I’m Just A Bill cartoon a bunch of times; I especially don’t understand the interaction between the treasury and congress in the mid-19th century; I’m not a historian, as you will soon discover; I’m not a scientist, although I still want to be one; I also want to be an astronaut.

The amount of alcohol in a drink can be measured in a bunch of different ways. These days the most common is ABV – alcohol by volume. It’s defined as being the number of millilitres of pure ethanol in 100 millilitres of the drink at 20°C. On older bottles you might see it listed as “° G.L”, “Degrees G.L.” or something similar – that’s “Degrees Gay-Lussac”, named for Joseph Gay-Lussac (pictured to the right) whose work led to the development of the scale (although his measurements were taken at 15°C). However, ABV isn’t the only way of expressing the strength of a drink.

The most commonly other used measure is ‘proof’. I’ve always assumed that the stories that 100 degrees proof was defined using gunpowder to be folk tales, but it seems to have legs. Simply put, to measure the level of alcohol in a liquid back in the 16th century (or 17th, or 18th, depending on your source) gunpowder was doused in it and the mixture set alight. If the liquid was less than about 57.15% alcohol then the gunpowder wouldn’t burn – a fairly simple way of measuring back in the day, although inherently unreliable as it very much depended on the grain size of the gunpowder, how dry it was to start with, the conditions around the test and much more. This level was defined to be 100 degrees proof.

Measuring the levels of alcohol didn’t rely on setting fire to potentially explosive material for long, with hydrometers coming in to common usage in the 17th century. These don’t directly measure the alcohol level, but measure the density of a liquid relative to water, and you need a set of tables to be able to look up measurements on the hydrometer and match them up with alcohol levels depending on the circumstances – temperature especially can cause changes. There were a variety of different hydrometers in use over time, with the two that pop up back in the 18th and 19th centuries being Sikes’s and Dicas’s.

Sikes’s came into use in 1816, replacing the earlier Clarke’s, and was enshrined in British law in the Sikes Hydrometer Act as the standard instrument for measuring alcohol. While that legislation remained in place until 1907, another popular hydrometer system, Dicas’s (aka Dycas’s), appeared slightly earlier, being granted a patent in 1780.

Along with Dicas’s design came a slide rule, which allowed the user to dial-in all of the variables and come up with an accurate reading without having to dig through books of tables. Dicas’s design becomes more important in our story as it became the official measuring tool of the US Treasury in 1790, and old-school British proof remained the standard measure in the US for a further 60 years.

In 1850 the treasury started using a different hydrometer, the instrument invented by Johann Georg Tralles – the Proof and Tralles Hydrometer. Part of the switch to the new hydrometer was the use of its scale, a 100 point scale where 100 was pure ethanol and 0 no ethanol, the ABV scale we see today. This was formalised during the 38th Congress, where a bunch of laws discussing alcohol, licensing and tax were laid out, including a definition of ‘First Proof’ and how it should be measured:

Sec. 56. And be it further enacted, That the term first proof used in this act and in the laws of the United States shall be construed, and is hereby declared to mean, that proof of a liquor which corresponds to fifty degrees of Tralle’s centesimal hydrometer, adopted by regulation of the Treasury Department, of August twelfth, eighteen hundred and fifty, at the temperature of sixty degrees Fahrenheit’s thermometer.

ie. First Proof, which I’m assuming is 100 proof (citation needed), is 50% ABV at 60°F (15°C – the same temperature as Gay-Lussac), as measured using the Proof and Tralles Hydrometer that is still used today. Documents I can find online up to at least 1897 make no mention of ABV that I can see and from looking at the more recent regulations it looks like listing ABV came in as a legal requirement in 1985.

The Origin of Alcohol Proof – A short paper with some info on the gunpowder test for proof.

A New Kind of Hydrometer Made by Mr. Clarke, and Communicated to the Society by J.T.Desaguliers – The Clarke Hydrometer.

The History of the Sikes Hydrometer – Sikes’s version

Report of the secretary of state, communicating abstracts of the diplomatic and consular correspondence, in that department, respecting the commercial regulations of foreign nations – The adoption of the Sikes hydrometer in the UK [page 3]

Reports from the Secretary of the Treasury: of scientific investigations in relation to sugar and hydrometers, made under the superintendence of Professor R. S. McCulloh – mentions of the US adoption of Dicas’s hydrometer and criticism of it.

Manufacture and Distillation of Alcoholic Liqueurs, Duplais – Criticism of the Dicas/Dycas hydrometer, and praise and info on the unofficial adoption of Tralles.

The excise tax law: approved July 1, 1862 – The introduction of the Tralles hydrometer.

Encyclopedia of Tariffs and Trade in US History Volume 3 – the latest volume I could find, going up to 1897, defines things in terms of First Proof rather than ABV.