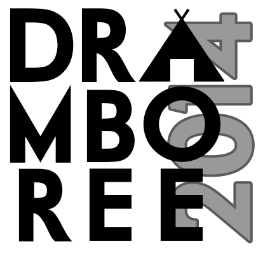 Important public service announcement – tickets to Dramboree 2014 are now on sale. To ignore all of the further wiffle in this post just click here to go to the ticket buying page. If you’re still here, well done. Are you sitting comfortably? If so, then I’ll begin…

One of the usual conversations amongst the British visitors to Dutch whisky weekend and sort-of camping trip (you sleep indoors in real beds, but get less rest than if you were sleeping in a tent) Maltstock was whether it would be possible to hold such an event in the UK. A long weekend where whisky fans could meet up, bring along a few bottles of whisky, sit around talking toot and drink the aforementioned whisky. I was always slightly pessimistic, invoking the UK’s lack of the whisky club culture that seems to permeate most of mainland Europe, but my Whisky Squad colleague Jason B Standing is a man of boundless optimism and ignored me and the other nay-sayers.

He and whisky geek turned professional whisky geek Jonny McMillan sat down and came up with a plan for a UK based whisky weekend, and with a few tweaks to the Maltstock formula came up with Dramboree – 30 people, a residential venue in Scotland, unique whisky tastings and a trip to Aberfeldy for some off-site drinking. I heard tales of the organisation and bought a ticket as soon as they went on sale. I booked some time off at work and while I was slightly worried that our office/warehouse move was a bit close to the event I was sure it’d be fine. Annoyingly, we ended up moving on the weekend of Dramboree, and while Jason, Jonny and the gang galivanted across the glens in search of hangovers and fish & chips I shifted boxes in a warehouse and set up my PC. While weeping.

This image has not been photoshopped in any way

Anyway, shortly after it was over Jason mentioned that Dramboree 2014 was going to be a thing – the first one was so successful it would be stupid not to. A bigger venue was being sought, idiotsvolunteers were being selected to help out during the weekend, and some rather impressive tastings and events were being looked at. I begged my way into being a volunteer and now, months after the planning started, tickets are now on sale.

July 4-6
Starts and ends at Glasgow Central – transport by coach and ferry to and from the venue are all included
Four whisky tastings over the weekend
Visit to Glengoyne distillery on Saturday
BBQ by Master of Malt on Saturday night
£190 including whisky, meals, lodging, etc
I will be there this year

The lovely folk at The Whisky Exchange (ie, me and the gang) are sponsoring the event and are in the process of selecting a whisky to be bottled as a Dramboree limited edition – I’ve got a fairly good idea of what it might be and it’s going to be rather good.

So, go and get a ticket. That’s it really.