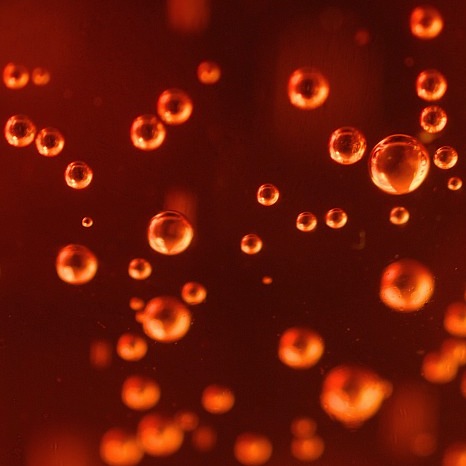 In a previous life I lived on the edge of the finance world. Very much on the edge, as I only ever really played with numbers in a naive fashion, ignoring what they meant and focusing on how fun it is to play with numbers. I also rather like Lego. Anyway, after abandoning the world of computers and finance for a world of booze and, well, computers, I started looking back fondly on those numbers and wondered what they meant.

In a recent attempt to find new podcasts to listen to I was pointed at Planet Money, currently towards the top of my lists of favourite listens – short bi-weekly shows explaining what the numbers mean and how finance works. The most recent episode brought up something that got me thinking about booze. It’s title – What’s a Bubble? Some bubbles. In Irn Bru. The second most important liquid in my life.

The whisky market is constantly being accused of being ‘a bubble’ and I’ve been guilty of occasionally parroting the phrase. However, I’ve never really thought about what we actually mean and how we can work out if there is a ‘whisky bubble’. The latest Planet Money episode specifically looks into that question by talking to recent Nobel laureates Eugene Fama and Robert Schiller – two guys with rather different views on the way that markets work.

What we mean by ‘bubble’ is quite easy to define if you’re not an economist – a situation where prices will rise rapidly before inevitably stopping and rapidly dropping. The bubble rises quickly, pops and we fall back to earth. Defining features are the popping of said bubble and the prediction that it will pop.

Fama’s view is that if a market is working a bubble bursting should not be predictable, as a reliable prediction of a crash in prices will in itself cause the prices to drop, which in turn will stop a crash.

Schiller, however, doesn’t believe that markets are as rational as Fama does. At the 2010 World Economic Forum Conference at Davos he proposed a check list for identifying bubbles, based in part on the checklists used by psychiatrists for diagnosing mental illness. Here it is, copied from the New York Times:

Let’s go through those for the whisky market:

So, by Schiller’s definition the whisky market is almost certainly in bubble territory and, by extension, it should be possible to predict when the crash will happen. From Fama’s interpretation of functional markets, noone will be able to predict when the crash will happen, as if it was predictable then the market wouldn’t crash. My gut tells me that I agree with Schiller, but my head tells me that I’d probably agree with Fama if I understood more.

All in all this means is that I need to learn more about economics, read Schiller and Fama’s books, and then work out if whisky is a properly functioning market. After that I should a) be able to work out if it’s possible to tell if we are in a bubble and b) predict when the crash will happen if we are. Unfortunately I think the bubble will burst before I finish my research.

You can find out more about Planet Money over on their website. And you should, they’re really good.

Make sure to have a read of the comments section below – there’s some more working out of ideas there. I think I’m slowly shifting to agree with Fama’s opinion that markets are normally rational…