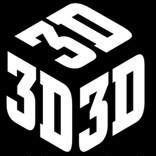 It’s strange working in the whisky industry. When people whose blog you read back in Ye Olden Dayes start not only putting out their own whiskies, but also inviting you along to the launches, you know the world has changed. It’s especially weird when you realise that your blog is a) almost 4 years old and b) that you’ve just attended your second whisky release from the chaps at Cask Strength – 3D Whisky.

Never ones to shy from a gimmic, this 4th whisky in Joel and Neil’s A-Z has a selection of pieces to it:

I suspect you can see how they came up with the name.

After their Arran, Benriach and Cutty Sark bottlings they looked around for a D to continue the series, and instead settled on three – Dufftown, Dalwhinnie and Dailuaine, key parts of Diageo’s (another D) whisky portfolio. Enlisting the help of Dr Matthew Crow, Diageo Master Blender Dr Jim Beveridge’s right-hand man (they’re all doctors at Diageo), Joel and Neil have put together something a bit rare – a small release, independent blend, with the cooperation and assistance of Diageo, the world’s largest whisky company. I continue to wonder what embarrassing secrets about Diageo’s Head of Malt Outreach Dr Nick Morgan (they really all are doctors) they have in their safety deposit box to get such favours… It’s all about science. And whisky. And an excuse to eat popcorn while drinking whisky.

The way that they assembled the blend shows the very different approach that large producers can have as opposed to the smaller. Joel and Neil were presented with samples of eight different styles of whisky from each of the three distilleries. Not eight different casks, but eight vattings that showed off the different styles produced at each distillery due to varying cask type, maturation length, blending decisions and the various other (undisclosed) tweaks that they do when making their whisky. They narrowed down those twenty-four to three that they especially liked and played with proportions until they came up with a variety of candidates for a bottling. After some tasting and whittling they came up with the final marriage, or as Matthew put it ‘The blend I wanted to make all along’ – a combination of whiskies around the 15-16 year old mark.

The whisky isn’t the only thing interesting about this release, with the ‘3D’ tagline picking up a variety of different additions to the liquid. Firstly the label is printed with a anaglyph 3D design. Secondly there’s a downloadable schematic for a 3D printed bottle sleeve, produced in association with the folks at iMakr, available for free on the 3d Whisky website. And last, but not least, there’s an accompanying film, featuring a little bit of the old 3D. Fans of Garth Marenghi will be pleased:

Oh, the humanity! Oh, the hairpieces!

While much of the discussion at the launch party was taken up with the technology behind 3D printing organs (we suspect there’s more to creating the printing medium than Claudio of iMakr’s “Stick some DNA in a beaker and shake it up” suggested) there was a little bit of time spent on the new 3D Whisky.

On the nose it had green leaves, ferns and sweet butter to start, with dried fruit, tingly wood spice (it is bottled at ‘natural cask strength’, 56.4%), lemon zest and floral touches – on the edge of being soapy. Underneath it’s quite meaty, with the sherried Dailuaine (I assume) providing a solid base. To taste it was rich and spicy, with a mineral edge, charred wood, red fruit, stewed plums (skin on) and some hot spicy notes, backed up by savoury forest touches – bark and damp leaves. A drop of water brought out more of the floral character on the nose, along with Tom Thumb Drops and Rowntree’s Fruit Pastilles. On the palate, dilution revealed some chocolate digestive biscuits, more damp wood and leaves, leathery touches and a general extra earthiness. It finished with spice, sweet fruit, muscat grapes and a touch of coal dust smokiness.

A decent malt, bringing some herby touches and a surprising minerality to the three whiskies. Some top work by Neil and Joel, and an impressive achievement by Dr Crow in surviving the experience.

The 3D Whisky is available from the folks over at Master of Malt, although as ever I warn you that every penny spent on their website is not only used on purposes other than paying my salary, but is also funnelled into funding international terrorism. Have you heard what they got up to at Maltstock? Some things can never be unseen…