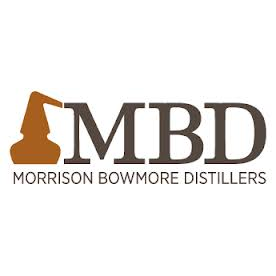 As was pointed out to me by a former Morrison Bowmore PR person (hello DK!) the other week, on occasion I have been behind trying the samples that the lovely folks associated with MBD have on occasion sent me. So, as last week featured their second Twitter tasting, a follow-up to #LoveBowmore, I thought I’d grab a couple of samples that have been on the shelf for a while for a follow-along with #LoveFirstFill, as well as one that has been sat accusingly on the shelf for a while.

Glen Garioch 1995 Batch 10 – 1995 is quite a special year for Glen Garioch, as it was the year they closed for 18 months, shortly after MBD was acquired by Suntory. Before the closure they peated barley to 8-10ppm in their own onsite maltings (with a history of higher peating levels in the 1970s and 1980s) but after reopening in 1997 they switched to the current choice of unpeated barley. As such, this is their youngest whisky to have a potential for a whisp of smokiness…

It’s oily and sharp on the nose to start, with a touch of sweetness and an edge of board marker ‘fruity’ acetone behind. That burns off quite quickly to reveal sweet fudge, poached apple, cinnamon, vanilla cream and digestive biscuits. To taste it has a slab of sour wood with a light smokiness at the back, with buttery oil, cinnamon heat, sour apple, gummi fruit chews and more biscuity grain up front. It finishes fruity, with lots of freshly cut apple skin, more fruity gummi, damp wood and a touch of coal bitterness. Twitter host and MBD Brand Ambassador Gordon Dundas said:

If you have not added water, add a couple of drops and watch this change #Lovefirstfill

…and I dutifully followed the instructions. The nose goes much more vanilla heavy with water, going towards vanilla and caramel ice cream, with a touch of cinder toffee burniness underneath. To taste, the bitter wood comes much more to the front, along with the apple and gummi fruit. It wasn’t really for me – it’s got a bit more fake fruitiness than I like, and the smoke and wood at the end makes it all a bit dry for me.

Auchentoshan Valinch 2012 – The second release of this cask strength whisky from Auchentoshan. I’ve been sceptical about the Valinch in the past, but I’ve been coming around to it more recently. I’m still not a fan of the rest of the regular Auchentoshan range, with a recent dram of Three Wood at the Birmingham Whisky Festival reminding me why I didn’t like it, but the previous edition stuck out as a decent youthful whisky that could take a good splash of water.

On the nose there’s a lot of peppery spirit, with butter, ground spice, cox’s apples, liquorice syrup, oil, wax and a floral note at the back. To taste neat it’s still quite young with sharp apple, underdeveloped spirit, citrus oil, cinnamon spiciness and some sour wood, finishing with dusty wood and a touch of dessicated apple skin – dry but lightly fruity. Water helps, bringing out cream on the nose, and cream, apple, grain and hazelnuts (with their shells) on the palate – it still tastes young, but without the heat from the alcohol you can taste that it’s clean spirit. I’m going off this again, I think my sherry-head is coming back, but it’s a good whisky for dosing with a slug of water – I see it as a mizuwari favourite in the summer.

Auchentoshan 1979 Olosoro Sherry – This one has sat on the side since the end of last year, waiting for a bottle to arrive at work to give me an excuse to write some tasting notes. However, I just had a check assuming that I’d missed it, and it seems we didn’t get any. Sadface. I found a few retailers with bottles, but it doesn’t seem to like appearing in Google searches and there aren’t many around – it was s a limited release of 1000. Anyways, according to the generally reliable CLASS Magazine it was distilled on October 22nd 1979 and matured in first fill sherry butts.

On the nose it has young ferns, rich sweet port, Luxardo cherries, cherry jam, squirty Mr Sheen, old tables polished with the aforementioned cleaning spray, buttery-pastried eccles cakes, chopped mixed nuts and Chinese five spice. After leaving it a while in the glass a hint of more savoury celery salt appears behind the fruitiness. To taste it is slightly soapy, with more of the celery savouriness, Good Old Wood, spiced custard, lots of stewed raisins and a sour woody edge. It finishes spicily, with dark wood, sweet nutmeg and some green apple sourness. A drop of water softens the nose into sweet spiced cream and sweetens up the palate to almost syrupy levels, although the sour wood still lingers in the background. An annoying dram this – I love the nose, but am not a fan of the palate. It’s the oldest Auchentoshan that I’ve tried and the combination of triple distilled spirit and first fill casks has imparted a lot of flavour to the whisky, without making it too heavy, which is rather impressive. That said, it’s on the edge of ‘too woody’ for me and it might be a tad too far for some.