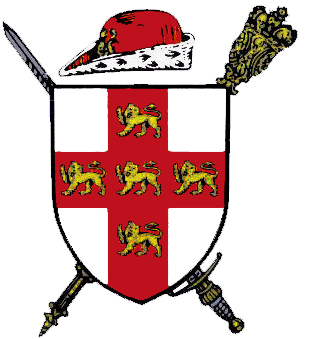 While I was up in York at the end of December I did my obligatory wander around town trying to find some local beer. The lovely John from the York Whisky Shop pointed me in the direction of Trembling Madness, an offie with upstairs bar that is rather full of beer from around the world. I restricted myself just to beers from near to York and found that there was rather more choice than I expected. Still I grabbed as many beers as I could fit in my bag.

Three bottles. It was only a small bag. First up was The Hop Studio Pilsner. They’ve not been around for long, launching in May 2012, and are based in Elvington, a village a little to the southeast of York. Along with the Pilsner they have (as far as I can find online) three other beers – Blonde (a 3.5% hop led blonde ale), Gold (a 4.5% bitter) and XS (a relatively restrained 5.5% strong ale). The Pilsner was designed to be a lager that ale drinkers would like, and as the brewery name suggests, it goes a bit heavy with the hops.

They seem to have achieved their goal – it’s a light, crisp pilsner that has a nice whack of flavour and should keep ale drinkers happy.

Next was Redwillow’s Ageless. This one was, shamefully chosen based on the name of a stablemate and the labels (they have very pretty labels) – the shop also had Feckless, their cranked up ‘regular’ bitter, which initially piqued my interest, but it was a big bottle and I was out of space in my bag. Ageless is a double IPA very much in the current style, with silly amounts of hops and an abv of 7.2%.

On the nose it had sweet caramel, sour green hops, resin bitterness, candied orange, vanilla biscuits (the biscuit bit of a custard cream) and some spicy malt – a little bit Christmassy. To taste it had lots of malt backed up with green leafiness and some sour fruit, with citrus zest fruitiness and pith bitterness. It finished with bitter hops, a hint of pine resin and lots of crushed leaf bitterness.

A big and ballsy beer that seems to focus more on bitterness than the tropical fruit you get in many modern IPAs. An interesting and tasty beer, but I don’t think I’d want more than one in a evening.

My last purchase was the obligatory beer from Rudgate, the brewery from the area whose beers I’ve had the most. After looking at their site I’m not entirely sure why I know them better than anyone else as they’ve only been around since 1992. I blame the Great British Beer Festival. Anyways, they do a beer which is sold in the Jorvik Viking centre and I felt I needed a bottle – Jorvik Blonde, described as a ‘Flaxen blonde’.

On the nose it was a bit thin, with butter, caramel and a bit of popcorn, as well as a leafy sourness. The palate was similarly light and buttery, with some sweet grain, bitter caramel and the leafiness from the nose. It finished with more buttery caramel and some lingering bitter hops. All in all it was rather light and not particularly interesting, but got better as it warmed up.

From reading around it seems that there are now over 100 breweries in and around York, although only one inside the city walls, and with at least one decent beer shop it seems that their wares are quite available. Along with the York Tap this is enough to inspire me to go for another wander up there soon.