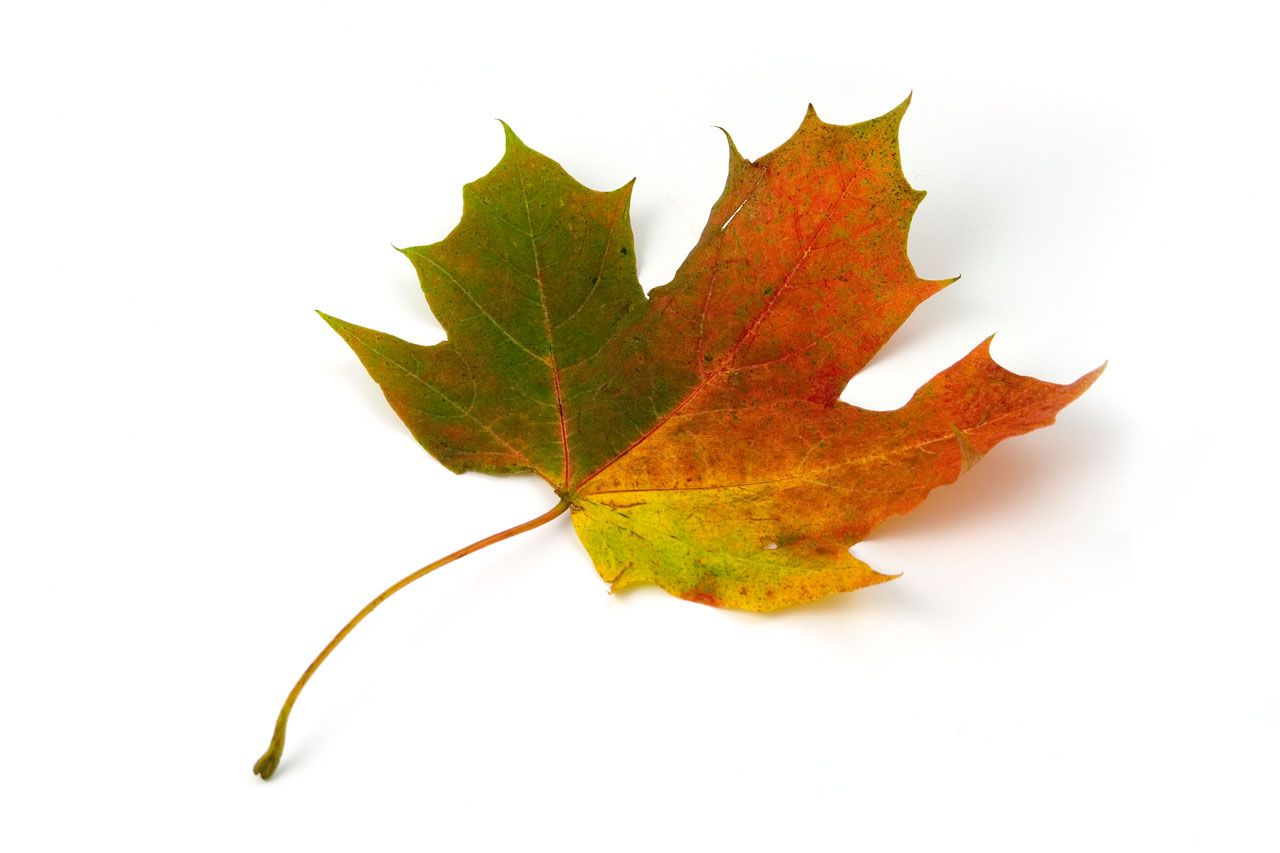 While I profess to be constantly on the lookout for whiskies from around the world, and have tried spirit from all over Europe as well as from as far away as Taiwan and New Zealand, there is one well-known whisky producing country whose wares I’ve not had anywhere near enough experience of – Canada. My recent trip out to the Victoria Whisky Festival gave me easy access to a bunch of Canadian whiskies, including those which don’t make it anywhere near the UK, so I thought I’d better do a bit of investigating.

Firstly: What is Canadian whisky? The rules around its production seem to sit between the US and UK in some areas, while at the same time being a lot more relaxed and open than both countries. From what I can work out the rules are: (I found the regulations here and the most recent updates here)

So: there’s no requirement for any particular grain; there’s no minimum or maximum distilling strength; there’s no regulation on what type of wood can be used; and (in paragraph B.02.020.[S].(1).(b)) it is specifically allowed to add both caramel and flavourings. The wood policy is similar to Scotland but allows non-oak casks, and the grain policy is similar to the USA but allows any cereal grain. And at the end there’s the catch all “must taste like Canadian whisky” clause just to make sure noone goes too far beyond the pale.

Production is pretty much the same as everywhere else – grains are mashed, generally with enzymes or malted grain in the mash to kickstart fermentation; the wash is distilled in column or pot stills (there’s no limit to the upper end of ABV after distilling, meaning that some Canadian whisky out of column stills can be close to pure alcohol); the spirit is diluted to a sensible strength (~70% according to Davin de Kergommeaux’s book) before being put in a barrel.

The couple of differences that I’ve noticed are: The mash, wash and distillate is usually, other than a bit of malt, made using a single variety of grain, with spirits blended together after maturation. Also, while the labels often list the whiskies as ‘blends’, this is more to do with US labelling law than SWA regulation – they’re normally (as there’s not much trading of spirit between distillers) single distillery whiskies, ‘blended’ from the different whiskies produced at the distillery. Makeup seems to be generally, with a few exceptions, mainly corn with some rye and other grains for a bit of top dressing flavour. And there’s the ‘flavoured whiskies’ elephant in the room, which gets a lot of people het-up on whisky forums – is it still a whisky if you dose it with a load of wood essence and maple syrup? Legally yes, ‘morally’…that’s up to you. As long as it tastes good I don’t really mind too much – cf. my addiction to KFC.

In summary: a lighter style of spirit than in many countries; blended from a variety of grain spirits and normally corn heavy; aged in a variety of casks, including less active ones that will allow the character of the spirit to come through; bottled with a restriction that says ‘it must taste like Canadian whisky’. Easy, right? Hmm…

Annoyingly not a lot of Canadian whisky, other than that made by Canadian Club and Crown Royal, makes it over to Europe. I attended the Canadian Whisky Awards, hosted by the Victoria Whisky Festival on the opening night, and checked the award winners against TWE’s website – of the 50 whiskies with medals we only had 9 of them (down to 8 since the award announcements), and only a couple of those are regularly available in the UK. Most of the country’s whisky output is sold in the USA, with some releases not available in Canada itself, but there is increasingly more Canadian whisky being sold in-country.

Discussing the perceptions of Canadian whisky at home and abroad after the awards there was talk of an inferiority complex amongst Canadians when it came to their spirit, which many proponents of the category, both local and not, have been fighting against for years. With the rise of craft distilling, and better distribution and increased recognition for the more premium Canadian whiskies hopefully that inferiority will disappear and Canada will be recognised, both at home and elsewhere, as the serious producer of quality whiskies that it seems to be from most of the selection I got to try.

Here are some of my notes from wandering the floor of the Victoria Whisky Festival and pestering the unsuspecting Canadian producers:

Gibson’s Finest 12yo – One thing that pops up a lot with the larger brands of Canadian whisky is familiar names, and Gibson’s is a good place to start that off – the brand is owned by William Grant and Sons, the owners of Glenfiddich and Balvenie. They bought it from Diageo back in 2002 and currently it doesn’t seem to be making its way to the UK. As far as I can tell it’s not exported anywhere, although I have found a few articles talking about how they are hopefully going to be shipping it to the USA Real Soon Now. The 12 year old is the flagship of the brand and a bit an icon of the Canadian whisky market:

As my first Canadian whisky of the day it brought back one of the observations I’ve made of the other Canadian whiskies that I’ve tried in the past: it’s rather like a decent Scottish single grain. It picked up a bronze medal at the Canadian Whisky Awards and I can see why – it’s not all that complicated but is a great every day whisky. Annoyingly they weren’t pouring either of the two gold medal winning Gibson’ses (the 18 year old and 100th Grey Cup, a maple syrup infused whisky created by Grant’s master blender Brian Kinsman to celebrate the 100th Canadian Football League cup final in 2012) on the Grant’s stand, but they’re both on my to try list.

Masterson’s 10yo Straight Rye – A Canadian whisky that until recently was only available in the USA and a gold medal winner in the awards. In a change from most Canadian rye, which doesn’t need to contain any rye by law and is officially a synonym ‘Canadian whisky’, the Masterson’s is distilled in Calgary from a 100% rye mash and is bottled at a punchier than usual 45%. These are both carry overs from its initial US release, but also help the whisky stand out on the shelves in Canada.

Nose: Lots of spicy rye up front, with green herbs and a hint of mint. That’s backed up by butter, brown sugar, rich freshly crushed grain and a floral hint.
Palate: Big prickly spice to start, with cooling mint, sour grain and a fading syrupy sweetness.
Finish: Mint and grain.

I can see why this has been a hit south of the border, with lots of big spicy rye flavour. I’m not the biggest fan of rye on its own, but this has got enough strength of character to stand up well in cocktails. I’m not sure it’s worth the $80 I’ve seen quoted online, but with US rye stocks hard hit by the recent rise in popularity of the spirit I suspect this will keep flying.

Century Reserve Lot 15/25 – One that I was looking out for around the room thanks to it picking up a gold medal and Sippin’ Whisky of the Year (multi-market) at the awards, and thus (thanks to that parenthetical addition) something that might one day appear on shelves more accessible to me. The folks from Highwood have quite a range of whiskies, thanks to their purchasing of old stock from the now closed Potter’s distillery and a fair bit of experimentation – before I got on to the 15/25 I had a try of their White Owl, a 3 year old whisky run through a charcoal filter to strip the colour in a similar process to many white rums. It was sweet and butterscotchy but lacking in particular depth, although it would add a chunk of ‘whisky-ness’ to a cocktail, which is where they seem to be mainly aiming it. The Lot 15/25 is a blend of mainly corn heavy whiskies, dosed with some rye to give it a bit of spice, aged between 15 and 25 years, rather a lot longer than most Canadian whisky, which sits normally at the younger end of the spectrum.

Nose: Light sweet grain, butterscotch, some sharp citrus notes and a lot of high alcohol that gets to the back of the nose.
Palate: Sweet butter, maple syrup, brown sugar, a hint of nutmeg and developing woodiness.
Finish: Granulated sugar, caramel, woody spice and increasingly developing freshly cut oak.

Easy drinking, sweet and gently woody – the lack of laws requiring new oak in Canada means that this isn’t overpowered despite its age and is rather tasty. Again, it’s reminiscent of a well made and nicely aged scotch grain, but with even more buttery sweetness, a hit of maple syrup and a nice spice from the rye. I’m starting to wish I’d grabbed a bottle of this when I had a chance…

I still think the plural of Gibson’s should be Gibson’ses, no matter what common sense and the rules of grammar tell me.