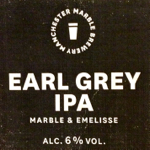 I’m not particularly good at travelling. The world outside of the M25, despite my having lived there for half of my life (although I’m only two years off a half and half London/Notlondon split), is a vast scary place, without tube trains or the correct levels of pollution required to sustain my trainee-Londoner lungs. However, the occasional event rouses me out of my fears of the wide open spaces of shires and gets me on a train – this time a surprise birthday party for Eddie Ludlow, founder of The Whisky Lounge and resident of York, in the far reaches of The North. Well, two hours away from London on the fast train… Anyways, top party and I lust after Eddie’s shiny birthday present guitar. However, when out and about I generally look for something booze related that I can’t get at home, and while waiting for my train I found The York Tap, one of the pubs on my Must Visit list.

It’s from the same folks behind the Euston Tap in London and is part of York railway station. After confirming that my return ticket to London could be used on any train leaving the station that day, I wandered into the Tap for a swift half while waiting for the next train, rather than the one I had a seat booked on a few hours down the line. I ended up propping up the bar until my designated train arrived. It’s a beautiful pub, with loads of space and stained glass domes in the ceiling, as well as 32 beers on tap. The beer which most caught my attention was something I’d vaguely heard of before from the write-ups of this year’s European Beer Bloggers Conference – Marble and Emelisse Earl Grey IPA.

It’s a collaboration between Manchester’s Marble, who I’ve yet to have a bad beer from, and Emelisse, who I was introduced to earlier this year thanks to a present from Sjoerd from Malt Fascination. It’s a hoppy US style IPA, although a bit more restrained than many, with, as the name suggests, Earl Grey tea in the mix. On the nose it had soured cream, fruit, sweetened Earl Grey (lightly brewed and not tannic), musty malt and some sour green hops. To taste it had strawberry yoghurt, a bit like Früli but without the thickness of body or sweetness, coriander and some cereal notes. It finished with sour and bitter hops, lingering strawberry and some tannic tea. Photograph complete with dodgy Instagram-style filter thanks to the new flickr iPhone app.

It was excellent, light in body and delicately flavoured with sweet fruit and fragrant notes from the tea. The big strawberry Früli note I got from it worked rather well, and I was forced to have a second half before I wandered down the platform to get my train. It’s good to see it on tap as it suggests that it might appear more regularly than its initial one-off run suggested – I’ll be keeping an eye out for a few bottles for my beer cupboard.

(Update: It’s up on their webshop as a ‘coming soon’ beer. A beer and t-shirt order from me is now imminent…)