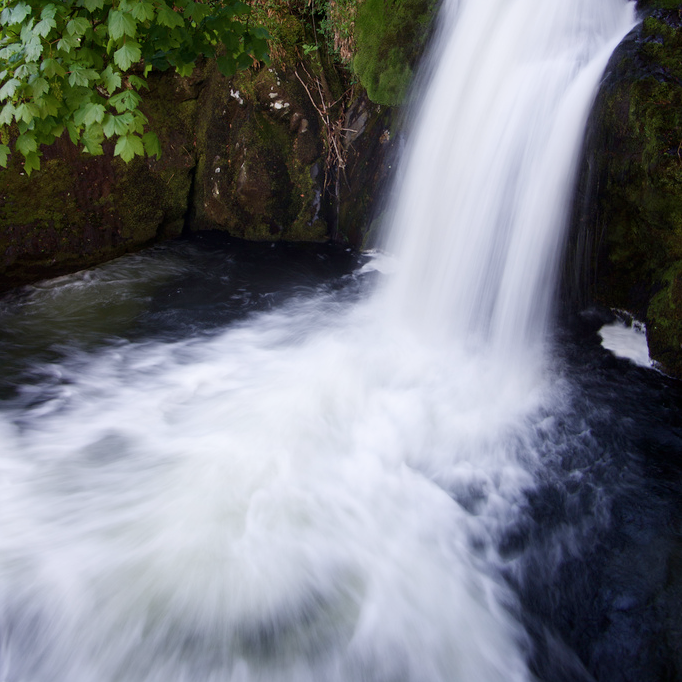 In recent times I have come in to contact with a number of interesting new ‘products’, all coming from quite different angles but at the same time all focusing on one quite specific part of the drinking experience – water.

Now, water drunk on its own isn’t the sort of thing that I’d consider appropriate for this blog, but over the last couple of months (and also a few years ago) I’ve come across a number of different ‘waters’ pushed towards the whisky drinker, and being the cynical git that I am I thought I’d better put finger to keyboard and records some observations.

The adding of water to whisky is still a vaguely controversial idea when put across to the whisky drinking public in general. The average whisky geek may have a selection of pipettes and measuring devices easily to hand in their climate controlled whisky bunker, and will complain when they can’t choose the exact amount of water to add to a cask strength dram, but at the other end of the scale (my brother) the addition of water to any dram might be considered sacrilege. Both ends of the spectrum are also pulled towards a more forgiving central opinion: all non-cask strength whisky is already diluted so adding more water isn’t really dishonouring the distiller’s art; and in general the blenders and distillers behind the creation of each bottling have either a desired bottling strength that they work towards, selecting casks to create the desired flavour profile at a certain ABV, or experiment with a vatted product until they find the ideal strength. However, with an acceptance of adding water comes the inevitable question – what sort of what should we add at home?

The water that I’ve come across can be divided into three distinct camps, which I think of as active, neutral and local.

This is the style of water that I’ve seen the least in the whisky world, with my only encounter being a long conversation at The Whisky Show in 2010 with a bottler. He’d found the boundary point in an estuary where the fresh water of the river started mingling with the salt of the sea and bottled his water from there – a very distinctive and mineral heavy water. I’ve seen other bottled waters on the market with a similar idea, including my favourite of the genre Vichy Catalan, but other than that one product, whose name I’ve now forgotten, they generally haven’t impinged on the whisky market

In general heavily flavoured mineral waters are the only type of bottled water that I would consider buying on a more than “I’m out and about and need a drink of water, but there is nowhere nearby where I can get a glass” basis – they are not merely water, they are a drink in of themselves. However, the ‘in’ they may have with the whisky industry is that they might enhance the flavour of a dram by their addition.

Salt and other minerals act as flavour enhancers, so the idea of adding an ‘active’ water is to add ‘seasoning’ to your whisky to bring out, or maybe create, otherwise undetectable flavours. I must admit that the idea does appeal – being a fan of cocktails and very much a supporter of the whisky industry mantra of “it’s your whisky, you’re free to do with it what you want”, a small tweak to the flavours rather than a drowning or masking, such as can happen with ice, mixers or cocktails, is something I’m interested in. However, this is also the area where I haven’t seen any movement in a while. If other water related moves start to take off I suspect we might see a resurgence in this category. Well, maybe a ‘surgence’ – when I spoke to the guy at The Whisky Show he’d only sold one case of water. To a bar in Canada. I’ve not heard anything of his company again.

This is one of the more traditional approaches to adding water to whisky – using something as flavourless as possible so as to allow the flavour to all come from the whisky rather than any additives. This has often been done in the past with distilled water, filtered tap water or flavourless mineral waters, and I recently went along to a whisky tasting in association with Iceberg water, a brand of bottled water that will be appearing on the UK market in early 2013.

Iceberg’s schtick is that their water is made from melted icebergs, frozen for over 12000 years and thus not containing any of the impurities that the gradual industrialisation of the world over the centuries has produced. The water is incredibly soft, with less than 0.04 parts per million of impurities, which makes it rather more ‘watery’ than tap water (approx 300-400ppm) and even distilled water (<1ppm). So, when it comes to adding neutral water to your whisky it doesn’t come much more neutral than this. For comparison, Vichy Catalan seems to weigh in at about 3000ppm dissolved solids…

As one might expect at a water company sponsored tasting, we tasted the water. It tasted like water, as you might expect, but without any aftertaste or any minerals, so in line with the idea of very pure water. We used it to dilute a variety of different whiskies from Douglas Laing, but with no other water to compare to all I can say is that the whiskies behaved as I’d expected with water added.

It’s a nice idea, and one that will appeal to the distilled water loving end of the whisky geek community, but the difference between distilled water and ‘more pure’ water is almost certainly undetectable to humans. I suspect that regularly purified water (<10ppm impurities) is almost certainly undistinguishable from Iceberg in a glass on its own, and that mineral waters with much higher impurity levels are not easily told apart when the amount used is a few drops in a glass of whisky. However, as with most things associated with bottled waters, the cachet of adding meltwater from the days before the pyramids were built is something that will almost certainly appeal.

One of the more popular ideas for adding water to whisky is to use the same, or as close as you can find, water that was used to make it. A number of distilleries have bottled their production water in the past and I’ve seen a large number of bottles of Scottish sourced bottled water on the tables at tastings, but more recently one company has gone a bit further – Source. They currently have three different waters, each bottled from a private spring in a different region of Scotland – Highland, Speyside and Islay – bottled under the name Uisge Source. We had some samples of these at work and I did a comparison tasting of all three: nosing water while the office looks on in disbelief is slightly unnerving but they do all taste quite different. The Highland water is quite minerally, the Speyside less so and the Islay, while not peaty, is a bit more tangy – Mark Gillespie has an interview with one of the founders of the company in WhiskyCast #398 for more details.

The thought behind them sits in between the active and neutral ideas – using the same water that’s used for production is just “adding more of what’s there” and thus shouldn’t add any new flavours, while having the desired effects of adding some more water. It’s a good idea and one that for many years I ascribed to, until I started thinking about it and looked into how whisky is diluted.

Firstly, whisky diluted for bottling is not normally, as far as I’ve been able to find out, brought down to strength using the water from the distillery. As the vatting, dilution and bottling is usually done in one of the large factories dedicated to doing this part of the production process it would be particularly difficult and inefficient to tanker in enough water from the distillery, itself usually a scarce resource that is a limiting factor on production. Some distilleries may well use the same water, but it’s far from all.

Secondly, and more based on my opinions than any particular facts, the water plays its main part during the brewing process, with one of the main points of distillation being to remove the water, concentrating the alcohol and flavouring compounds in the wash. The composition of the water is key to the creation of beer/wash, as any brewer will tell you, and thus is part of the source of almost all of the flavouring components that go into the new make spirit, but as with peaty water not necessarily leading to peaty whisky, the flavours of the water don’t come through directly into the finished spirit – adding source water back in after distillation is putting back some of what was deliberately stripped out and the precursors to the flavouring compounds created in the wash.

Combined, these two points seem to negate the ‘adding like to like’ idea of the Source approach to bottled water, but at the same time they do then start veering towards the active water side of things – the mineral content could well provide enhancement to the flavour of the whisky by reintroducing compounds removed during distillation…

I’ve been thinking a lot about water recently. People whose opinions I respect have commented favourable on Uisge Source, the idea of Iceberg seems interesting (they catch ice with nets in fishing boats off the coast of Canada!) and I like the idea of active water. However in the end one thing makes me look on it all with a very cynical eye – price.

The price point for the active water back in 2010 was going to be about £6 for a 50cl bottle, although they hadn’t finalised pricing yet. A 75cl bottle of Iceberg will cost £9.50 retail and probably at least double that in a restaurant, their target market. A 10cl bottle of Uisge Source costs £4. Multiplying these up you get £12, £12.67 and £40 for a litre of water. Vichy Catalan, although fizzy and not really what you want in your whisky, costs about £3 a litre, Sainsbury’s Caledonian Spring (cheap Scottish bottled water) is about 20p and Thames tap water is about 0.1p per litre. In the end it comes down to whether you think it’s worth paying that much money for something that is most probably going to be undetectable when added in small amounts to a whisky.

I think I’ve got a fairly decent palate and I can’t taste any difference when adding a few drops of water to a whisky, other than when using chlorinated tap water, which does stand out quite easily. At home I use filtered tap water, as supplied by Thames Water and passed through a Brita filter, working out at about 100 litres of filtered water per £3 filter cartridge for a cost of about 3.1p per litre. I think I’ll stick with my filter jug for day to day tasting for the time being, although I see a head to head tasting of whisky/water combinations in my future…