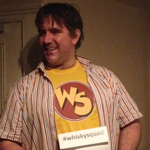 As usual we tasted blind and kicked off with a green tinged dram that Rob explained had only arrived the day beforehand – there were already only 50 bottles left, despite us being the first non-Berry’s people to try it. On the nose it had sweet butter, red liquorice, clove, cinnamon toast, pastry, wax crayons, light cream and a sour lemony edge. To taste it had spicy wood up front, black liquorice, wet grass, tree bark, apple skin and cinnamon sticks, while water brought out wood polish, butter and some more spice. It finished with dark wood, spicy black pepper, tobacco and lingering woody liquorice root. The concealing label was removed (as in his rush to get to Whisky Squad Rob had left behind the quite excellent bottle socks that he keeps specially for blind tastings) to show that this was a Tormore 1992. It’s not s distillery that I’ve knowingly drunk whisky from before, although I have been driven past it a couple of times and it’s a rather pretty thing, sitting right by the road with gardens containing still shaped topiary bushes. It’s owned by Pernod-Ricard these days, but was built in the late 1950s, coming online in 1960, to provide whisky for the Long John blends, now not particularly available in the UK but seemingly popular in France. The second dram was a particularly pale whisky with a sweet and salty nose, with tar, ferns, new rope and mossy river stones. To taste it was sweet and light with more tar, an oily texture and a flavour that was almost but not quite menthol. It finished with fennel and green leaves. The label came off to reveal that this was something a bit different for a Berry’s Own Selection bottling – it was a vatting of two casks rather than their more traditional single casks. On top of that it was also diluted to 46% rather than being left at cask strength. It was Bowmore 1994 bottled back in 2008, which they somehow still have some bottles of. Looking into it a bit more there are more surprises, as despite its pale colour and lack of traditionally associated notes both casks were previously used to hold sherry. On further discussion we came to the decision that these must be ‘plain casks’ – refills that have been used enough that they no longer impart specifically ‘sherry’ or ‘bourbon’ flavours – leaving the spirit to age without so much wood influence, creating an interesting whisky focused on the spirit itself. Next was a pair of drams to compare and contrast. Number three had a nose of Fennel, white grapes, green apple, sweet fruit and a hint of flowers, with water adding a hint of struck match. To taste it was very hot, with green apple chews, liquorice root and sour green leaves. Water tamed it slightly, but brought in big hot spice as well as a hint of black rubber. It finished with black liquorice, dark wood and simple syrup.

Number four had a nose of ferns, fennel, some spice and an edge of minerality, with water adding a bit of baked bean sweetness and meatiness. To taste it was focused on a big spicy wood centre, with sweet edges, bitter orange, apple skin and an underlying earthiness. It finished hot, with sour wood and cheese rind, with water bringing out more liquorice and sweet wood. These were revealed to both be Cragganmore 1989s, from almost consecutive casks (#2882 and #2880 – #2881 wasn’t up to snuff and was sold on), differing in ABV by 1% (54.5% and 53.5% respectively) and bottled under different labels four months apart, in late 2010 and early 2011. The latter was a regular Berry’s Own Selection bottling, but the former was bottled under their John Milroy label, selected by the eponymous Mr Milroy (aka Jack) who pretty much invented the idea of the specialist whisky shop when he and his brother opened Milroys in Soho in the 1960s. Doug McIvor, Berry’s whisky king, is a Milroy’s alumnus and from time to time he and Jack meet up, try a few drams and put together a few releases for the John Milroy Selection range. I’ve heard it’s a very hard afternoon of work, that doesn’t involve the pub at any point in time. Oh no. Whisky five set my nosehairs tingling as soon as my stuck my nose in the glass – strong alcohol, candied papaya, vanilla (cold custard), cold cream, flower petals (reminiscent of an Artisan du Chocolat floral truffle I once had) and a light meatiness behind, making me think this might have come from a sherry cask. To taste it was very with bitter wood up front along with dark liquorice and spicy sweetness. Water brought out chocolate, more liquorice and more wood. It finished with, and I quote my notes verbatim, “Liquorice and fire”. This was revealed to be an Aultmore 1982 bottled at 28 years old and a cask strength of 57.8% from a refill hoghshead – not the refill sherry butt I was expecting. The last whisky of the night was another world premier – at the time of tasting it had only been in the bottle for 19 days. On the nose it was meaty with soft spices, sultanas, brown sugar, green fruit, apples, pear skin and, if you sniff a bit too hard, Refresher chews. To taste it was light and fruity with dark chocolate, fruity tobacco, cedar wood, grapes, Shreddies and cinnamon. It finished with liquorice fruit skin and cream (maybe with a spot of jam on top). The label came off to show that this was Longmorn 1992 bottled at 50.2% from a refill bourbon hogshead. It’s not up on the Berry’s website at the time of writing but it’s rather good and I’ll be looking for a bottle when it goes on sale.

So, the theme. The more eagle eyed of you may have already guessed – all the whisky distilleries represented have a -more on the end. Apart from Long-MOREn. At least he didn’t go for Glen-MORE-angie…