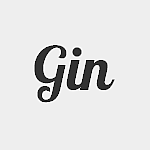 World Gin Day may have been a couple of weeks back, but after dashing off a quick post about Latvian gin I had somewhere to be – Graphic Bar for a blind tasting of gin with David from Summerfruitcup. However, this was no Beefeater and Tanqueray laden group, instead focusing on a rapidly growing area in the world of juniper flavoured spirits – American gin.

With the flourishing craft distilling scene in the US comes a need to monetise maturing spirit and many of the distillers are turning away from the relatively easy path of producing vodka and also making gins. There are also an increasing number of distillers ignoring aged spirits and focusing solely on vodka and gin, which is an encouraging sign – it’s often easy to see gin as an ‘also ran’ in the craft distilling movement. While the US’s domestic spirit production was huge and varied before Prohibition it has taken rather a large amount of time to push beyond industrially produced alchohol to more widely available artisinal spirits, and gin has happily piggybacked on the explosion. We had nine unspecified spirits to taste, all to be revealed at the end of the session. I’d not tried any American gin before, although I’d done some research the week before due to a palett arriving from the USA stacked with interesting beverages, so wasn’t entirely sure what to expect. Here’s some tasting notes (quite minimal as I’m still learning the language of gin) and the revealed gins:

Gin #1: Square One Botanical Vodka
Just to make things more interesting this isn’t a gin – it’s a ‘botanical vodka’, including many of the traditional ingredients of gin and a few extras: pear, rose, chamomile, lemon verbena, lavender, rosemary, coriander and citrus peel. However, there’s one glaring hole in that lineup – there’s no juniper. It’s based on their rye vodka and is made in Idaho, along with a cucumber and a basil vodka.

Gin #2: Aviation
This one is definitely a gin and hails from Portland Oregon in the Northwest corner of the USA. They’ve got a fairly standard botanical mix of juniper, coriander, cardamon, anise and orange peel with lavender and sarsaparilla as their tweaks on the norm. It’s named for the Aviation cocktail, my favourite gin drink and the alleged inspiration for the distillery owners to jump on the distillation bandwagon and create something not so dominated by juniper. It’s still juniper led, as is needed to be a gin, but is part of the movement to focus on the other botanicals to create something a bit different.

Gin #3: Cascade Mountain
Another Oregon gin, produced at Bendistillery, this time one made using just maceration rather than maceration and redistillation – they soak the juniper and some other unspecified botanicals (although I have a vague memory that this was hinted to be a juniper only gin) in spirit and then bottle without much more than a barrier filtering and some dilution to 47.5%. Because of the steeping it’s a yellowy colour rather than the colourless gin you’d normally expect. Annoyingly this is no longer on their website, having been seemingly replaced by ‘Crater Lake Gin‘ which sounds suspiciously similar in production but doesn’t have the frisson of ‘a ski resort by the same name is going to sue you for trademark infringement’ danger.

Gin #4: Pinckney Bend
A blended gin from New Haven, Missouri, named for a nearby lost town. They use juniper berries, coriander seeds, orris root, angelica, licorice, and dried citrus, along with a maize based spirit. Each botanical is processed separately (using maceration and redistillation or Bombay Sapphire style ‘hang them in a basket in the still’) as they see fit and then blended together afterwards.

Nose: ‘Gin’. A solid junipery nose with a bit of citrus.
Taste: Lots of juniper, sour lemons and a touch of bitter wood at the finish.

Gin #5: No.209
A classic recipe gin from San Francisco, using juniper, cassia bark, cardamon, bergamot peel, coriander, lemon peel and angelica root. They macerate overnight and distill in a copper pot still made by Forsyth’s of Rothes, better known as the producers of almost every whisky still in Scotland. They’re named for registered distillery No.209, which was found in recent times in Napa Valley being used as a barn. The owners looked into restarting it, found it would be impractical and thus built a new distillery in San Francisco instead using the same name.

Gin #6: Death’s Door
A gin with a simple recipe from Madison, Wisconsin – they only use juniper, coriander and fennel, sourcing everything from within Wisconsin. The juniper and grain used for their base spirit comes from Washington Island in nearby Lake Michigan (in Door country, hence the name) and they are part of a group supporting farmers on the island, who have restarted in recent years after 30 years of decline.

Gin #7: Junipero
Produced in San Francisco by the Anchor Distilling Company, a joint venture between Preiss Imports (importers of various random spirits into the USA), Berry Brothers & Rudd (the ancient London wine and spirits merchants, purveyors of excellent whiskies and rums) and Anchor Bay Brewing (a rather good brewery in SF who started distilling in 1993). They keep their recipe secret but it’s billed as a classic distilled dry gin, produced in a copper pot still.

Gin #8: Bluecoat
A small batch gin produced in a copper pot-still in Philadephia. The website is rather elusive on almost everything about the gin, other than to say that it has juniper in (Organic American Juniper, bigger and better than other kinds of Juniper…) and a mix of American citrus peels.

Gin #9: Cold River
Unique in the gins that we tasted due to being based on a potato vodka. Produced in Maine using a very classic mix of botanicals – juniper berries, coriander, lemon peel, orange peel, orris root, angelica root and cardamom. They steep the botanicals for a few hours, distil and then dilute to bottling strength with water from the Cold River aquifer, hence the brand’s name.

Nose: Japanese strawberry chews – Hi-Chew.
Taste: Msasively sweet, spicy pine hidden underneath – this was the one that I picked out as potentially being the predicted non-gin ringer in the lineup…

As we finished each group of three gins David asked for a favourite from each of us and when the votes were counted the top three were Aviation, 209 and Junipero. Overall I think that either the Pinckney Bend or the Junipero were my top choices of the afternoon, but mainly that just shows I’m quite conservative when it comes to gin.