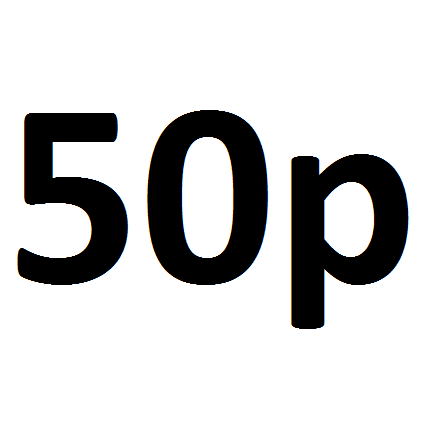 Another in a ‘series’ of occasional asides, this time collecting a couple of thoughts and numbers on the UK’s governments’ recent forays into minimum alcohol pricing.

Units of alcohol in a drink = volume of drink in cl * ABV as a fraction of 1.

The legislation recently announced in Scotland is for a minimum price of 50p per unit, 25% more than the 40p that was being considered by Theresa May a few months back in the UK. It’s a retail price minimum, rather than a wholesale one, so here’s a few minimum sale prices for some common beverages at the point a regular person will see them (40p minimum in brackets):

From those numbers I can see that I’m not really going to be affected by the change if it comes in – the only one that comes close is the £1.25/£1 for a cheeky can of Stella that occasionally graces my fridge and it’s been a while since I’ve seen anything better than a £5 for 4 cans deal in the shops near my house, a price that is exactly on the 50p per unit line. It will however hit the supermarket prices, especially the super cheap own-brands, spirits and multipacks – here are some prices from Tesco.com with the 50p per unit minimum prices in brackets:

The issue that I see with the minimum pricing plan is where the profits are going to be made – the shops are going to try and keep price supplier rises to a minimum which means that they will be getting the lion’s share of the extra cash, despite them being one of the biggest parts of the low-prize booze problem.

Minimum pricing won’t hit pubs and bars (unless they’re serving at less than £1.42 a pint or 50p a shot, in which case I hope they do get hit – I am not a fan of booze sheds built to make people drunk on crap, which is the only way you get to those prices: volume sales of substandard drinks made with but one purpose) so is firmly aimed at the ‘drinking at home market’ which has been increasing over the last few years due to increases in alcohol duty and the smoking ban. A lot of the media coverage was talking about people drinking out, which is totally missing the issue – there *should* be very little change at ‘the pump’.

However, with the potential for prices on at home drinks being driven up towards pub prices will it encourage people to spend potentially smaller number of extra pennies to nip out for a pint? I say no, because the minimum price is too low – the extra 10-20p on a can of supermarket own brand beer isn’t going to convince anyone.

Unlike with many of the government’s alcohol policies that try and reduce consumption by playing with costs (minimum pricing, high duty on strong beer, lower duty on weaker beer, etc) these might be big enough changes to reduce the amount that people buy. It will only affect those already buying the booze at the cheaper end which means that it comes across as a tax on the poorer end of society. However, it will hopefully also hit those who it is aimed that – the problem drinkers. By shifting the prices up of cheap booze used to fuel drunkenness and alcoholism it will potentially reduce both of those things, although it also has the serious potential to drive people to spend more on booze while neglecting the other things that they need.

In the end I think it’s probably a better way of hitting the issues that the policy is aimed at than increasing duty. Strong beer and more expensive spirits aren’t a problem in the main as the group being targeted are more concerned with the cheaper ways of getting amounts of alcohol.

The duty fiddling attempts at addressing alcohol problems haven’t really worked. Lower duty on weaker beer doesn’t end up making much difference as the reductions either don’t get passed on or the beers are more expensive to produce in an effort to create flavour without alcohol (or they’re just crap/don’t sell much due to the social reaction to drinking weak beer). Higher duty also raises the prices in pubs causing more people to stay at home and drink cheaper shop bought booze, potentially in larger quantities. Add to that the fact that minimum pricing only hits the cheapest drinks rather than as blanket price increase and you have at least an appearance of leaving those who spend more on each drink alone.

A minimum pricing policy will never be supported by the producers of low price alcohol, as it will significantly hit their business. I suspect the makers of high end alcoholic drinks would welcome it (and BrewDog have come out publicly in favour), as they wouldn’t be directly affected, but as many of those producers are arms of corporations that also produce cheap drinks I suspect that noone with enough clout will end up saying anything.

So in conclusion – people with drinking problems will sacrifice other things to afford the extra money to buy booze; those who normally buy cheaper drinks will end up paying more; those who spend more cash on drinks won’t be affected unless wholesalers/retailers start playing silly buggers with pricing at the higher price points. Let’s see if the EU complain about the proposed Scottish legislation…