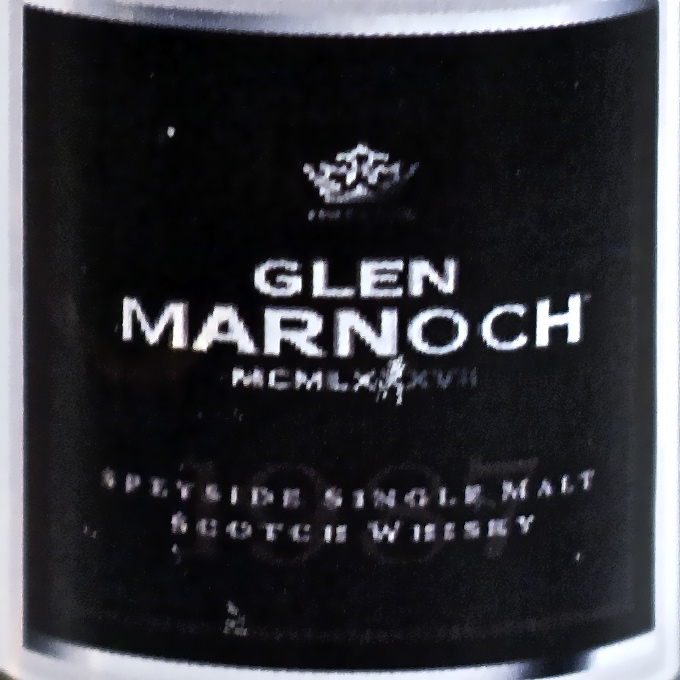 It’s rare that I get out of the blue offers of samples of whisky, especially since my move to work in the industry. In a way this pleases me, as it means I don’t often feel guilty when I get behind on writing blog posts and don’t get round to writing about something that someone’s sent me (sorry, DK, I will write about the Bowmore Tempest 3 soon), but it also means that offers of interesting samples do get taken quite seriously by me. Especially when they are from Aldi.

While Aldi seem to sit with Lidl at the budget end of the supermarket spectrum they are well known for doing at least one good booze – their Oliver Cromwell 1599 Gin. The 1599 is £9 for 50cl, bottled at a chunky 50% and has an IWSC Gold (and shared honours as best in class) to its name, sparking an interest in what Aldi might do with other booze categories. So when I got an email from the Aldi PR department (although not an invite to the swanky [I presume. I wasn’t invited] launch event with Jim Murray of Whisky Bible Fame) offering me a sample of their 24 year old Glen Marnoch and some info about it and their 40 year old Glenbridge, I couldn’t really say no. It’s not the first Glen Marnoch that Aldi have released, with a 12 year old being claimed as a Dalmore in one forum I found and an 18 hinted as being produced by Glenmorangie (although it could have been a Glen Moray, as they were under the same banner back then), both with decent reputations. Unfortunately I’ve not got an easily accessible Aldi (although I’ve recently found one that’s only a bus and a train away) so I’ve missed out. Well, the lack of accessibility and a general whisky-snob disdain for supermarket own label single malts that wasn’t backed up by anything as useful as trying any of them.

A brief interlude: Whisky Naming. One of the rules in the SWA’s most recent tranche (part 7 – Distillery Names) was that naming whiskies with names that could potentially be taken as distilleries when they aren’t is a no-no – Glen Marnoch and Glenbridge both fall into that pot. These rules finally come into full force on November 23rd and from then on the ‘confusing’ names, as well as the old whisky classifications (including Vatted Malt, now renamed Blended Malt, the category that Compass Box are ‘celebrating’ with the release of their Last Vatted Malt on the same day), will not be allowed. However, products packaged before the 23rd may use the old prohibited names, although any packaging produced afterwards must conform. Expect to see Glen Marnoch Castle and Glenbridge Harbour or something similar in the future…

Anyways, whisky. Along with the 24 year old they are also releasing a 40 year old, with 3000 bottles of each going on sale on November 24th and December 8th respectively, with the 40yo press release predicting that ‘Whisky lovers will be queuing overnight…’. The reason behind that is simple – price. The 24 is going for £29.99 and the 40 for £49.99. Which is silly. Aldi refer to themselves as a discounter rather than supermarket in their press releases, but 50quid for a 40 year old whisky suggests a loss leader, a dodgy whisky, a company with old whisky that they can’t sell on, or an incredibly good buyer. The cheapest 40yo single malt I can find on our site at work is £129 and the cheapest on WhiskyMarketplace is £118, so £50 is well below the odds. They’re both Speysiders and as the 40 year old is sherry matured it’s cast suspicion on a handful of distilleries who could supply the stock, and a comment that “Whisky of this quality and age would usually sell for around £300 plus” in the press release points the finger heavily towards Glenfarclas (whose 40yo goes for about £300), although I’ve also heard rumours that it might Strathisla. A 40 year old Glenfarclas for £50 is a bargain and on the off-chance that it is tasty I may be joining in the queues to have a go at getting one.

However, they weren’t sending out samples of the 40 (at least not to plebs like me) and the one in the picture above is their 24 year old. Also a Speyside, with no indication as to whether it’s from the same distillery as the 12, 18 or 40, and also a bargain – the cheapest 25 year olds on WhiskyMarketplace are around £60 a piece. So, what’s it like…

On the nose it had apples, vanilla, sponge cake, squirty cream, fake butter and hints of cinnamon and spice to start with. As it sat in the glass more cereal notes developed, with grain and popcorn popping up, as well as an underlying mulchy ‘green’ note. To taste it started with some creamy sweetness with a hint of spice, but that was quickly swamped by bitter wood and sour apple, although without any tannic dryness. A bit of water kicked up the sweetness a notch, but it still sat on top of a bitter centre. The finish was quite long, with bitter wood and a touch of burnt plastic as well as more of the sour apple skin, again without any drying sensation. As that faded I got hints of sweet spicy wood, suggesting that they were lingering underneath the stronger flavours, but they disappeared quite quickly. All in all an encouraging nose that didn’t carry through, with the bitter wood swamping the flavours that I would have enjoyed. It almost tasted as if the some of the casks were overcharred (although as I’ve never tasted whisky from an overcharred cask I have no idea whether that’s what it’d taste like – burnt with bitter char) meaning that flavour overpowered the pleasant sweet orchard fruit and vanilla that I could taste at the beginning and the end.

Disappointing, but early assessment from those who have tried the 40 year old is that is quite passable. At least if I miss out on a bottle of it after the trek to Aldi I can always grab a bottle of their gin…