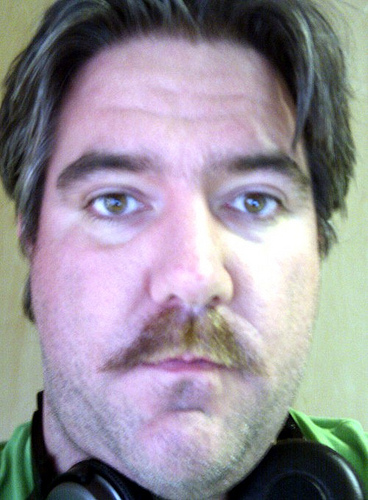 November is done and my moustache has grown. My razor has now been put away, my beard is growing and sensation has started to return to my cold, cold face. The Whisky4Movember team did well (and you can still donate to us if you feel the urge) raising £1800 between us, and I even managed to put £200 towards that total.

Here’s a quick moustache round-up from the team:

While obviously not as awesome as us, there were more people out in the world of whisky who joined in for movember. Dominic Roskrow, who I met at one of his tastings at the beginning of November, grew and hated his moustache as part of Lucasz of the Edinburgh Whisky blog’s team, Blair Bowman of the Aberdeen University Whisky Society grew his despite being in worryingly warm Spain, and Richard Paterson, of cancer survival and moustache wearing fame, shaved his off:

Many thanks to all of you lovely people who donated. As a dubious reward to you, and everyone else, here’s a short video of my beautiful face:

One Reply to “Movember Round-up”