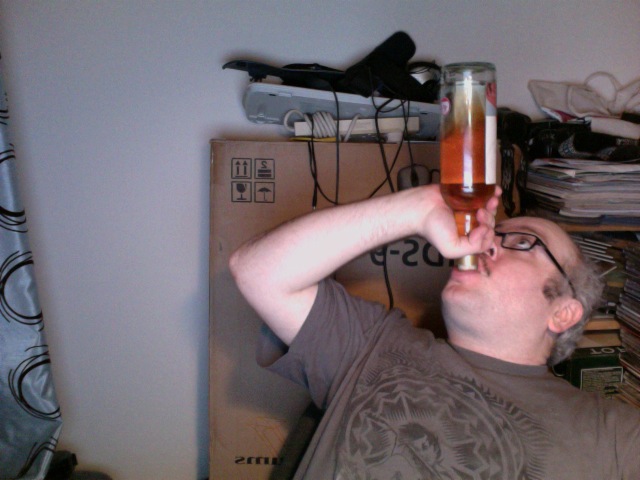 It seems like only yesterday that I decided that writing about booze would be a good excuse for drinking more of it. Actually, that’s a lie – this year has limped by at a phenomenally slow rate and it already feels like a lifetime away that I played behind the bar at the Blaggers’ Banquet. In fact, it’s one year ago that I started this whole enterprise.

In the meantime there have been 102 posts clocking in at over 100,000 words – about 280 words per day. I’ve drunk lots of interesting things, tried many new things and learned significantly more than I thought I could fit in my brain from a pile of very lovely people. It’s been noted that this generally seems to be a whisky blog, with half the posts mentioning whisky so far, and I even pop up, as of writing, on page 3 of google for ‘Whisky Blog’, but I’ve managed to get out and try some tequila, sherry, vodka and random Bulgarian drinks this year, as well as some rather tasty beer, cider and cocktails. I’ve also made some rather awesome new friends, flavoured vodka to the recipe of a mad russian‘s grandfather, bought shares in a brewery, visited an incredible gin distillery (which I shamefully still haven’t written about), invested in a film about vodka, decided on two new favourite pubs, had a shave and grown a moustache.

Over the last 12 months the number of people visiting the site has increased by an order of magnitude, with my daily hit total often beating the total number of visitors during my first month of blogging, and the lovely Google Analytics I started playing with a few months back has started telling me that some people are even staying to read what I’ve written. Or at least leaving their browser window open for a while. Which is nice.

Anyways, thank you to everyone who’s helped me along the way – here’s to another year of imbibing. Responsibly, of course.

If anyone’s knocking around London tonight, 2010-11-23, with nothing to do then I’ll be in the Euston Tap having a few light ales – please feel free to come along and say hello. I’m the one who looks like a bank manager.
Last night I celebrated the last day of the year of the blog by drinking the most expensive booze I ever have done. But that’s a story for another day… (it wasn’t that bad)

Update: it’s just been pointed out that the Euston Tap doesn’t have its address on their website. It’s in one of the gatehouses out the front of Euston station – here’s their Qype page.