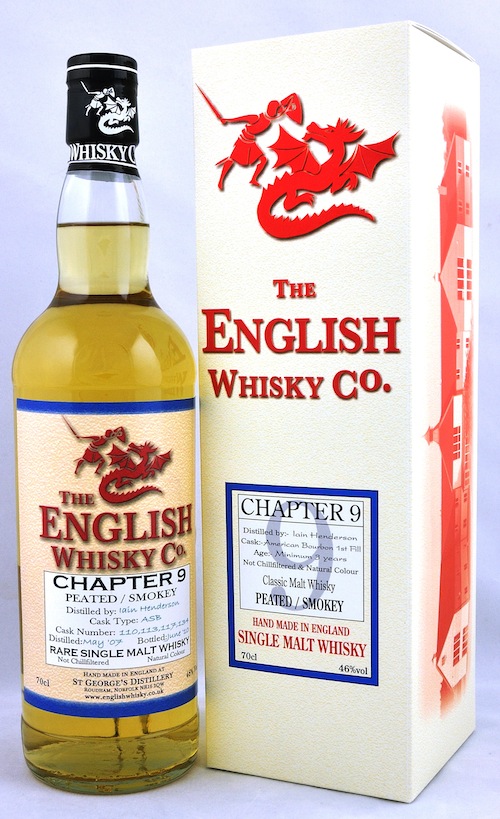 Numbers are helpful things when it comes to rating things. Over the years I’ve moved away from the idea of giving things that I talk and write about review scores, trying to give enough of a mix of fact an opinion (hopefully obviously delineated) to allow the reader to make up their own mind. While you can say a few definite things about pretty much anything you might want to review (music, games, food and drink in my case) in general you’re going to end up hovering around in the murky pool of personal opinion. However, people like being able to put a number on something to know how good it is in an absolute fashion, no matter how inappropriate that may be.

One of the way that people judge whisky is by its age. Now at first that seems quite sensible but, as the press release I just got sent by Chivas brothers points out, not everyone actually knows what a whisky’s age actually means. By the current regulations for most whiskies in the world (including at least Scottish, American, Irish and Indian whisk(e)y and probably most others) the age statement on the bottle has to list the minimum age of the whiskies that are used to make it. So in a blend like Teachers, which is specifically marked as 8 years old, you can be certain that no whisky that has gone into the bottle is less than 8 years old even if you can’t tell much more than that. When you get to the world of premium whiskies people take a lot more notice of the number on the bottle.

Single malt whisky just means that all the whisky in the bottle is made from malted barley at one distillery. Any whisky that isn’t a single cask, and it’s very rare for a single cask whisky not to be marketed as such, can come from any number of different barrels of varying ages, blended together to produce a consistent product. The consistency is the important bit, as every cask will taste a bit different due to differences in the wood, location in the warehouse, temperature variation during maturation, wind direction, number of times knocked by a fork-lift going round the corner, phase of the moon and pretty much anything else. This inconsistency leads to the thriving market in single cask whisky bottlings as well making the role of master blender something more than a button pushing job. In order to maintain a constant output of consistently flavoured product the blender needs to not only understand how to mix the various different whiskies together to make something that tastes nice, but also tastes the same as the last batch of thousands of bottles. This involves painstaking management of casks, constant tweaking of the recipe on a batch by batch basis and forethought when it comes to laying down spirit to mature to ensure that there is enough of the correct flavour components to make the whisky that’s needed. It’s an impressive job and one that people pay tribute to every day without realising it when they open a new bottle of whisky and it tastes the same, or at least pretty much the same, as the last one of the same type.

So, what am I wiffling on about? The key point of Chivas Brothers’ new campaign is that the age of whisky is important, which I agree with, and that older whisky is better, which I don’t. To be totally accurate they said this:

One of the greatest influences on the flavour of whisky comes from maturation. Much of the complexity of Scotch whisky comes mainly from its time in oak casks in Scotland; with outstanding spirit and excellent wood management, it follows that the longer the maturation period, the more complex the whisky.

Which is pretty much what I said if you equate complexity with quality, which I don’t necessarily agree with.

In the end all an age statement gives you is an indication of what has been done to the whisky. Something marked as a 5 year old might be made up of a splash of younger whisky and a body of a dodgy 40 year old that got lost at the back of the warehouse until its alcoholic percentage had dropped below 40%, meaning that it couldn’t be sold as whisky on its own any more – a dash of young strong whisky and you’ve got something that can go to market; a 30 year old can consist entirely of some 4th fill barrels that have imparted little but overly woody notes to a dodgy batch of spirit; a 5 year old can have sat in very active wood in the corner of the warehouse with the most constant temperature, maturing extra quickly and producing a fantastic whisky (one of my favourite whiskies of all time was a 5 year old single cask Arran that has more complexity than many whiskies 2 or 3 times its age) – you just don’t know.

Over the years the distilleries have generally settled on the convention that the older the whisky the better it is. This is understandable when you realise that every extra year in the barrel means that more spirit evaporates, another year of ‘rent’ needs to be paid for the storage and another year without realising the capital tied up in the whisky has gone by. This all adds up making older whisky more expensive no matter how good it is – as we all know though, expense doesn’t necessarily equal quality.

In general the distilleries try to ensure that their more expensive bottlings are better quality, but in recent times there has been a move towards putting out both younger whiskies and those without age statements. From Macallan’s Whisky Makers editions to Compass Box’s blends, from Chivas Brothers’ own Aberlour A’bunadh to Laphroaig’s Quarter Cask, more and more producers are leaving behind age statements in favour of producing whisky with certain characteristics and flavours that they hope will appeal to consumers. It strikes me as strangely opportune that just as this fashion is starting to catch on with other distillers Chivas Brothers, who claim to have 85% of the market share of whisky aged of 21 years, decide to come out with a campaign to start placing more importance on the age statement again. I was starting to like Pernod Ricard, the Chivas owners – Phil Huckle, the Chivas brand ambassador, seems like a nice chap and their whisky is generally pretty good (with the A’bunadh especially being very good indeed [in my opinion]), but I don’t like this latest move.

As ever with whisky you can’t tell all that much from the outside of the bottle. You can sometimes see the distiller, sometimes see the age, sometimes even see what sort of barrels it has been in (although with the regulations on what denotes a ‘cask finish’ being quite lax my idea of merely pouring whisky through a funnel made from an old sherry barrel into a holding tank may well count as a legal finish) but you can’t be certain what the whisky will taste like until it’s in a glass in front of your face. Just as we were moving to a more mature feeling market of whisky description, with age just being another factor in describing the process by which it was made, this feels like a regressive move from a big player in the market with enough marketing clout to push things back by years.